Spoils Of War: Stories Behind The Art Of Nazi Germany 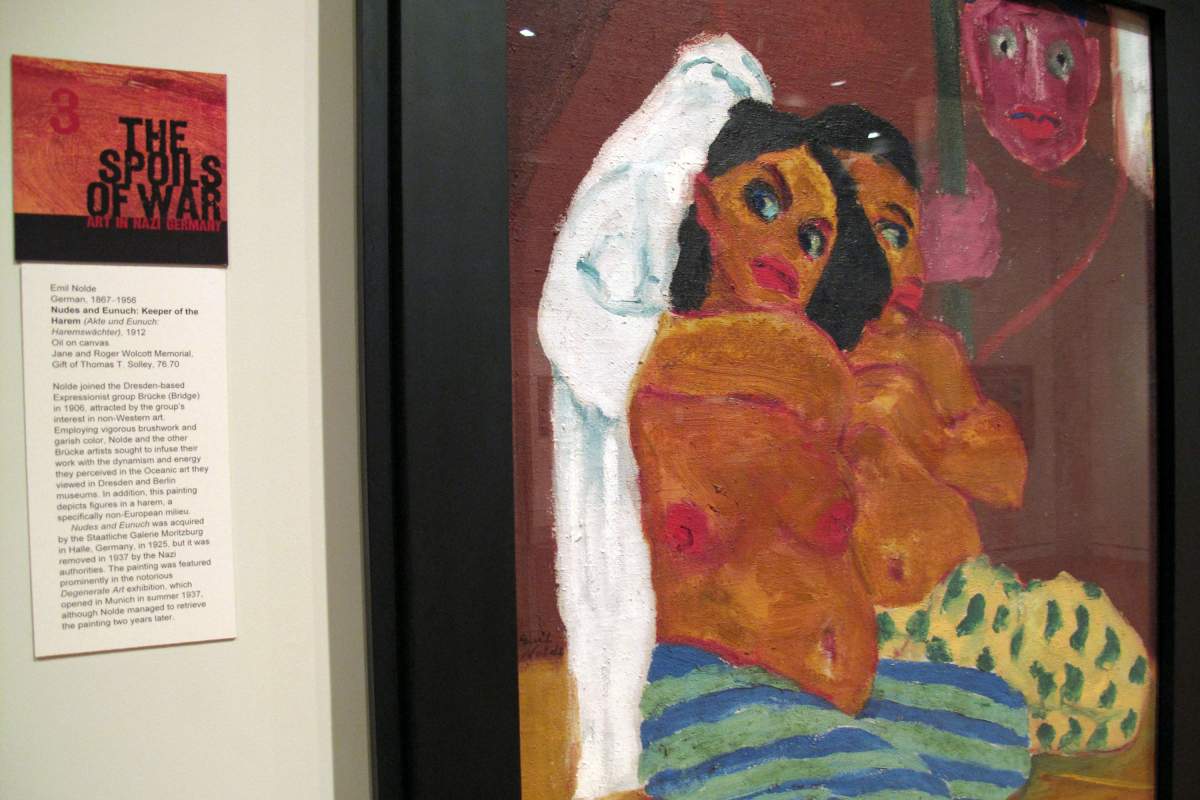 The Stories Behind The Art

Jenny McComas,Â Curator of Western Art After 1800, has been in charge of the Indiana University Art Museum Provenance Project since 2004. The goal of the project was to make sure the museum hadn't inadvertently acquired pieces of art that may have been looted during World War II.

In the process, she uncovered interesting stories and histories of a number of works. "This isn't the type of information you usually read on a label in the gallery," she says. "It's a reminder that these works haven't always hung on the walls of our museum."

The twelve works in the The Spoils of War exhibition are interspersed with other paintings in the gallery. Some of the featured pieces weren't even moved, while others had never been on display until now. To properly tell the story of art in Nazi Germany, McComas arranged the works according the chronology of the events of the Third Reich, not art history.

Nudes And Eunuch: Keeper Of The Harem

The first painting McComas points out is Nudes and Eunuch: Keeper of the Harem, an oil and canvas painting from 1912 by German expressionist painter Emil Nolde. This painting depicts non-Western figures, which is probably why it ended up in an exhibition designed to show how German art and culture had degenerated.

The painting moved from Germany to Denmark before making its way to the United States:

Portrait Of A Lady

"I'm not sure that we've ever had it on view before," McComas says of the painting Portrait Of A Lady from 1895 by century German artist Franz Seraph van Lenbach. The identity of the sitter is unknown, but McComas suspects she didn't like the painting that much, because only six years later it was up for sale at a Munich art gallery.

Its journey to the IU Art Museum involved thirty years of hiding:

In July of 1945, Berlin had just fallen and the city was in shambles. McComas explains that it was fairly common for allied soldiers at the end of the war to steal paintings from museums and ship them home. After the war, museums made concerted efforts to return looted pieces, but many items slipped through the cracks.

This altar section resurfaced in the 1960s in a London art gallery with no identifying marks on it: