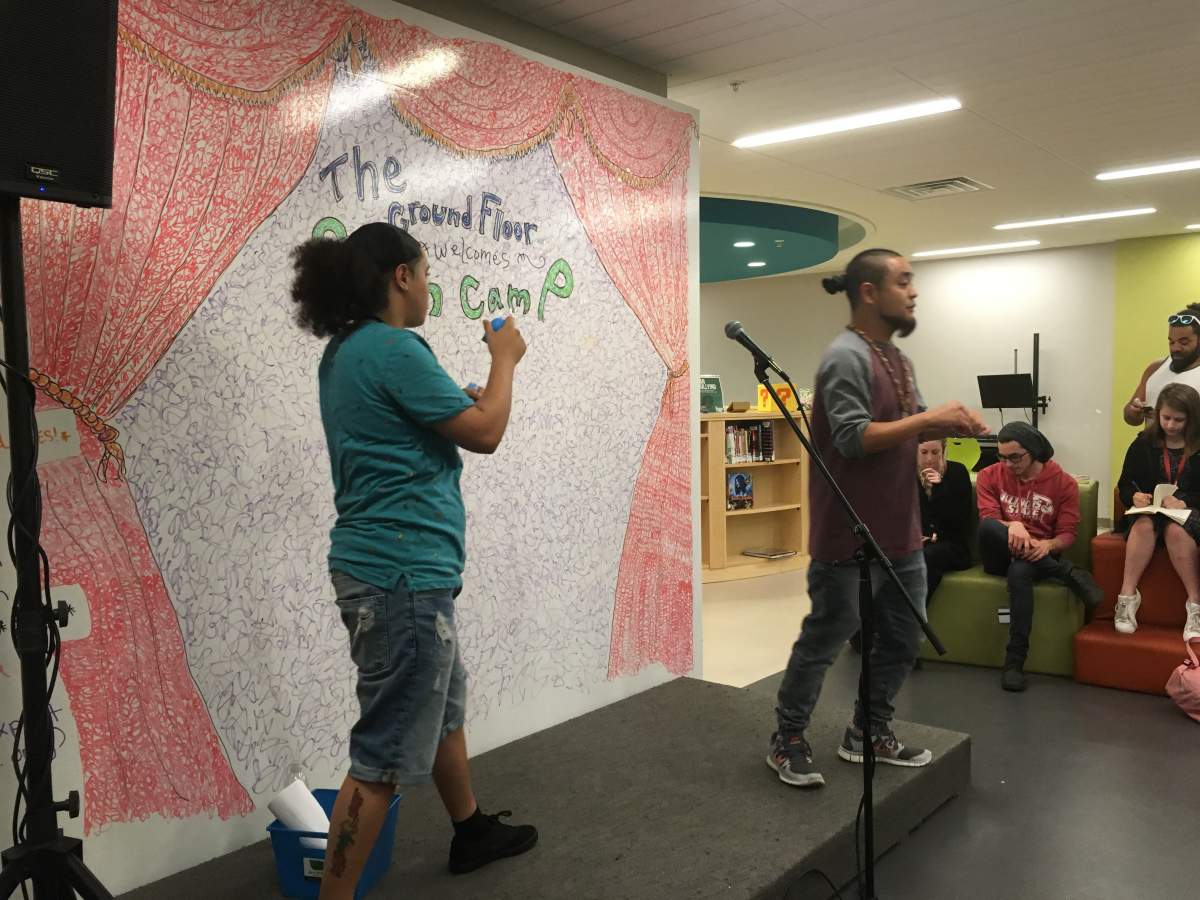 In late June, 80 high school students from 30 different states spent a week on the Indiana University Bloomington campus for Slam Camp.  After having gotten its start in 2011 with seven students on the campus of Gustavus Adolphus College in Minnesota, Slam Camp has grown into one of the largest summer academies for high-school-aged performance poets.

A lot of people here share the same issues that they can't talk about at home, so it's very uplifting and very welcoming to know you're not alone and that people are willing to accept you and still love you.

Over the course of the week, the School of Education, the Monroe County Public Library, the Pour House Cafe, and Rhino's Youth Center were abuzz with the energy of the teenage poets.  Run by internationally-touring poets such as two-time National Slam Champion Sierra DeMulder, Official Poet Laureate of the Indianapolis 500 Adam Henze, YouTube sensation Neil Hilborne, and internationally touring rapper George Yamazawa, Slam Camp received support from the Bloomington Arts Commission and The Writer's Guild at Bloomington to host Youth Poetry Slams in public venues each night.

The students who participate agree that Slam Camp provides an open, supportive environment, in which talking and writing about issues that might not be acceptable elsewhere is encouraged.  That acceptance and encouragement to express oneself has been critical, for at least one student who shares her personal journey of fighting a life-threatening illness to make it to Slam Camp.