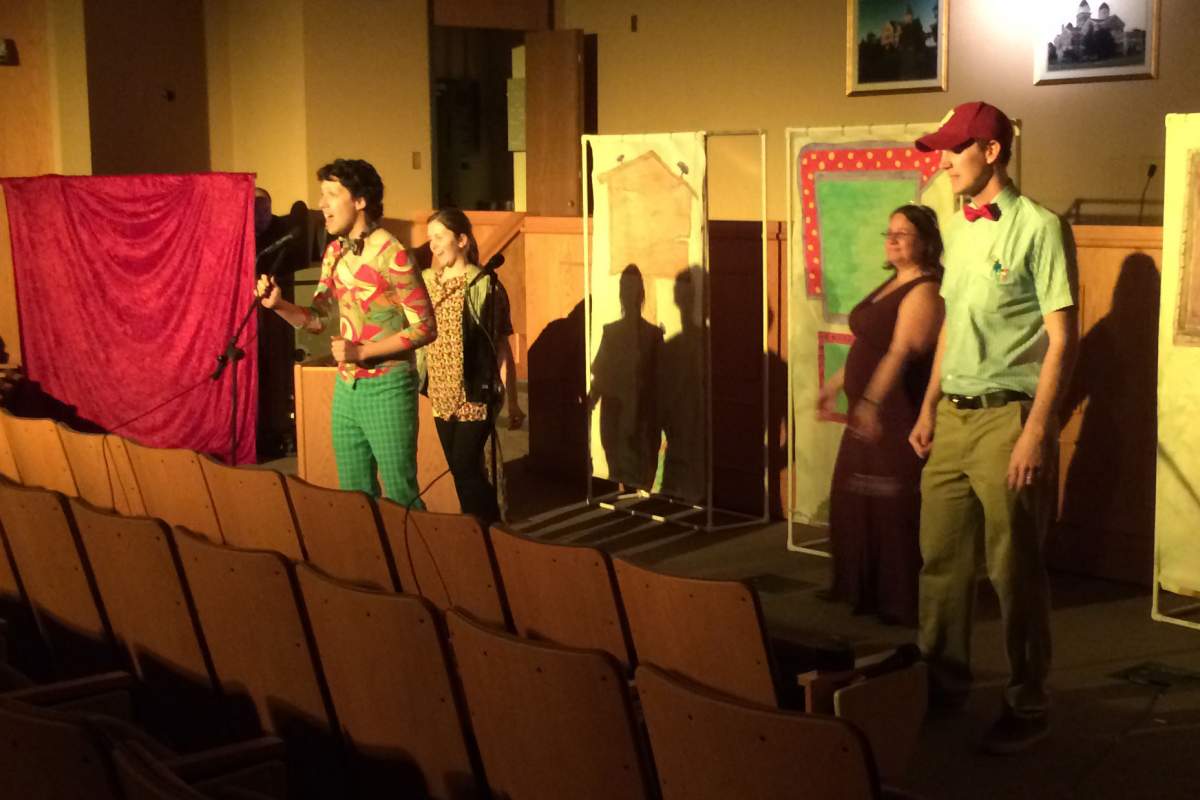 I stood in a moot court room at the Maurer School of Law. There were no mock trials being performed. This was a dress rehearsal for a musical to be performed the following night. The musical was written, directed, and choreographed by law students.

Ryan Scott is a professor at IU's Maurer School of Law. He pitched the idea to students four years ago. He had performed as Willy Wonka in a law school musical at the University of Minnesota, and he wanted to share that experience with the students at I.U.

The musical is in its third year. This year's performance was centered on the Maurer School's search for a new dean. The show was set up like The Wizard of Oz. It features a law school student in search of the new dean of Mauz, a fantasy world filled with myriad references to law school.

One of the show's co-directors, E.J. Henricks explains, "While we wanted to parody the sort of ludicrous aspects of the school, we don't want to be mean necessarily. We parody the sort of stereotypes or the perceptions that are there, but in a way that shows a general love of community and understanding of the operation."

They poke fun at faculty members, aggressive students that break academic curves, and the draining lifestyle of being a law student.

A lot of students work as many as 70 hours a week, and their days are filled big cups  of coffee and small fonts. I ask the writers if they feel pressure and isolation from attending law school. It is silent at first. Then, E.J. Henricks asks, "You know there were a lot more jokes when we were talking about the musical, and now everyone's just sad because you are talking about law school?"

Andrew Nishida, one of the show's co-writers, adds, "Which is the reason why we put on the musical. We wanted to escape from law school."

Ryan Scott emphasizes the value of this project in relation to the school's rigorous academic setting. He says, "Doing things like a law school musical is a way of reclaiming and reasserting who you were before you came to law school. I loved doing that as a law student, and I think that's a healthy thing to maintain a balance between who you were and you've always been."