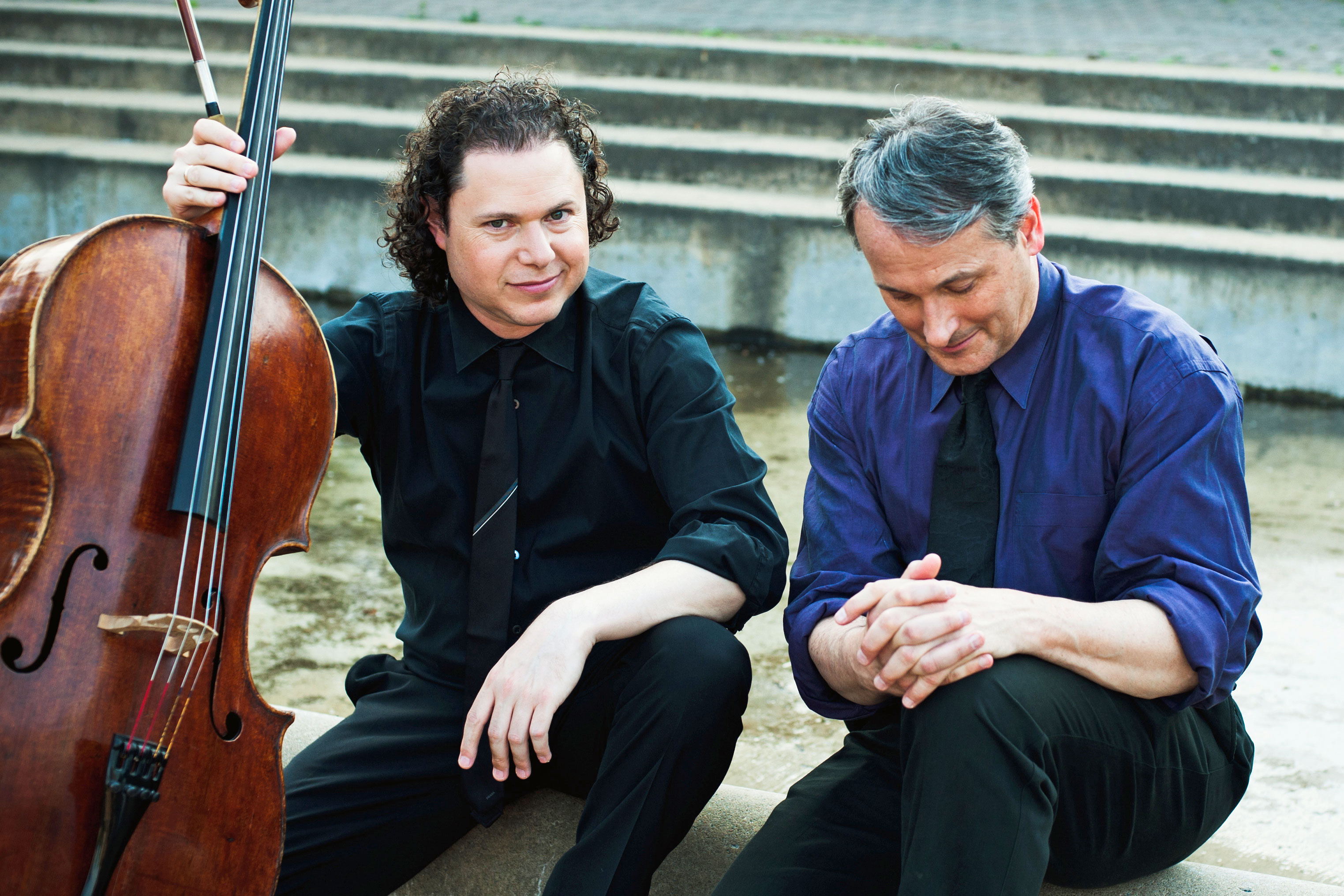 The adventurous cellist Matt Haimovitz with pianist Christopher O'Riley have a new two CD set that offers chamber music by Janacek, and Martinu with film music of Bernard Herrmann, and pieces by bands like Radio Head, and Cocteau Twins. We talked with the cello playing half of the duo about the CD and about his recent solo visit to New York's Wall Street.

The first question was about the title. "Well, it recognizes that today people no longer listen to music in quite the way they used to. Kids today and adults as well, load up their favorites on an I-Pod, hit the "Shuffle" button and then let the device have its own way. Actually, we put in a lot of time on the organization of the selections for "Shuffle.Play.Listen." At least the first time we'd like people to listen to it in the order that we've selected. I mean we've already shuffled and we'd like at least the first session to be the hand that we've dealt."

"Selecting the pieces for the double CD were very much a back and forth thing. Perhaps I leaned a bit to the classical selections with Stravinsky, Janacek and Martinu and Chris more to the pop side with his favorite Radio Head and bands like Blond Redhead. Actually, he gave me a list to listen to as we prepared. We both very much agreed on the Mahavishnu Orchestra with guitarist John McLaughlin and interestingly enough it was Chris who suggested that we include Piazzola."

Matt Haimovitz has taken music of Bach to bars, bistros and night clubs. Recently he added another venue to the list. "I was in New York and wanted to find out what was happening with the ‘Occupy Movement.' So, I walked down to Wall Street. I had my cello and almost immediately someone grabbed a bucket for me to sit on. I played some Bach. Then I played Jimi Hendrix's version of the National Anthem. They seemed to enjoy it, but asked for some more Bach and then I had to leave. I really enjoyed the warmth of my reception and the music seemed to just fit in."