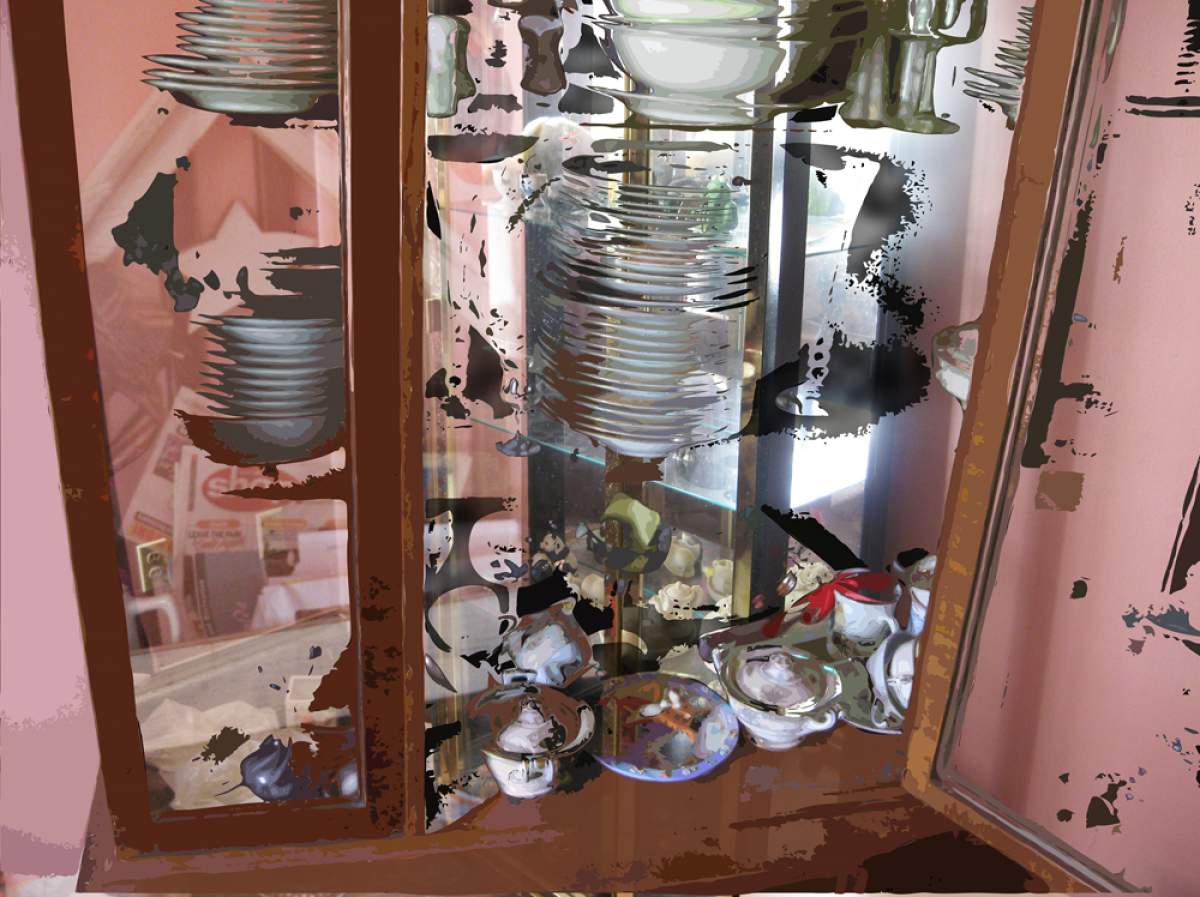 Home foreclosures in the US topped one million in 2010 after several years of rapid escalation prompted by the global recession.

For the last three years, Bloomington-based photographer and graphic designer Paul Smedberg has accompanied a local realtor on her rounds of repossessed houses to determine their possible resale value. The pictures Smedberg created from these grim visits comprise the currently exhibition Ghosts of Foreclosure at Bloomington's El Norteño Gallery. Smedberg explains,

When people leave a home that's being foreclosed, their regard for their own home is lower, and their regard for what's important is different, so a lot of things get left. There's an implied story there.

Stories suggested by images of abandonment and decline have been Smedberg's muse for some time.

I take pictures of a pile of garbage, and make it beautiful. I love taking an ugly setting and re-envisioning it in a way that makes it unfamiliar and interesting. In these houses there is an unknown story behind the abandonment the story of the former owners, forced out of their home, giving up and having to leave. Something of that sadness and defeat are there in the images.

His enigmatic images are created through the digital superimposition and manipulation of photographs, resulting in images comprising as many as 30,000 layers. The resulting scenes range from subtle reinterpretations of observed reality to extra-dimensional dystopias.

I try to imagine how would things look if you could see them from a perspective that we don't perceive. In string theory, you have ten or eleven dimensions. As a kid I was fascinated by Non-Euclidean geometry and hyperspace.

At the birth and the death of industrial or architectural features, or even in the forest, there's more texture, more chaos, more variation. I find those edges really interesting, more fecund with... meaning... or something.

In an attempt to compensate "the absent people whose former homes are the subject of this work," the artist will donate a portion of the proceeds from photo sales at El Norteño to Mother Hubbard's Cupboard, a Bloomington food pantry.