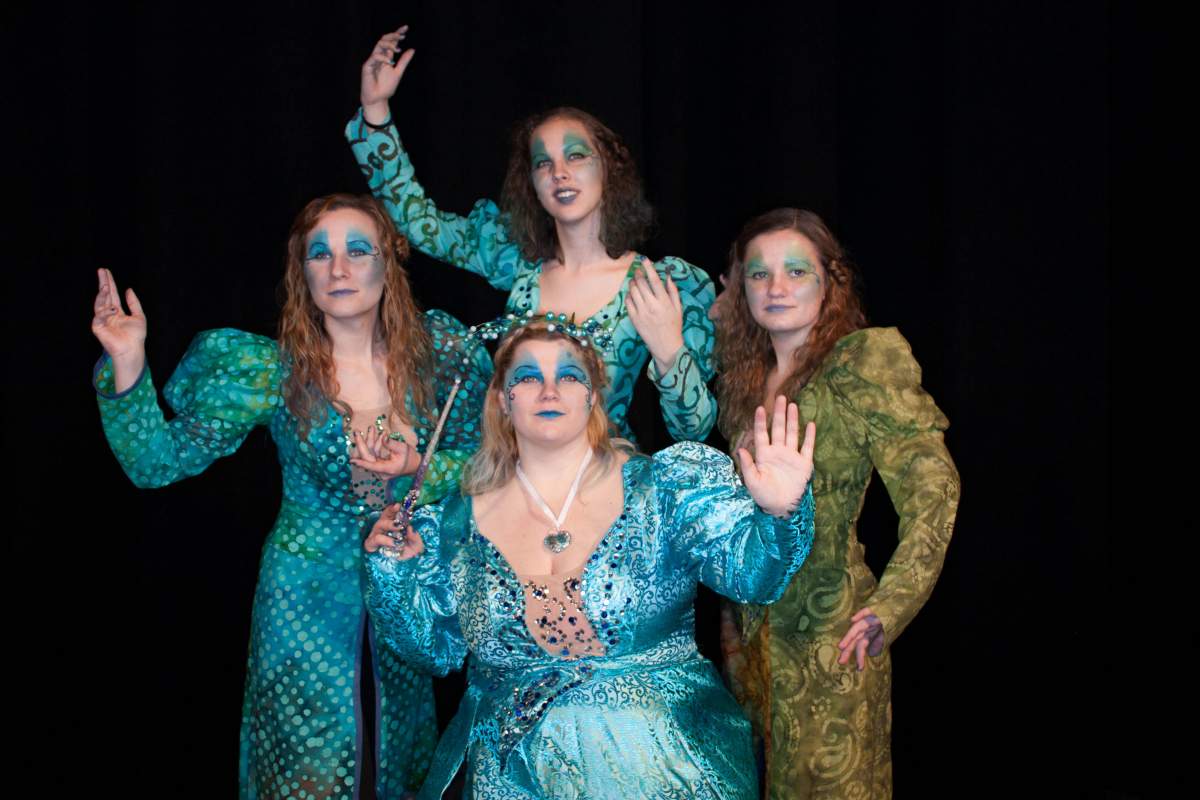 "It's a wonderful play and I haven't worked with it before, so it's new to me" says director Sharon Ammen. "It will also be new to the audience because it's a musical.

"Yes, and the way it happened is a nice little story of connections. A few years ago I met Laurie Matheson from the University of Illinois Press while I was working on a book there. I also happened to hear some songs that she'd composed. When I started planning for The Tempest, it occurred to me that it would be wonderful if Laurie wrote music for it.  Fortunately, she agreed. The results are quite beautiful. It's great to be working on another quite different project with her."

In addition to the music there are some other surprises in this production. ‘We've decided to make the deposed Duke of Milan, in ancient times into the deposed Mayor of Terre Haute when the city was a bustling river town in the nineteenth century.

There are changes for a couple of other characters as well. "The sprite Ariel is still a sprite, but she's got company. Cecilia Gray, who plays the part, will have several little fairys that dance around and sing with her. They're kind of Arielettes."

The uncouth Caliban will also have some company. "Yes, Shelby Richardson who plays him will have a troupe of Calibanettes who'll sort of slither around with her."

The  production of Shakepeare's The Tempest   is in memory of Mary Gavin Crawford.  She was teacher, actor, director and devoted Woods alum all her life. Her acting career included performances starting with Romeo and Juliet as a student at SMWC and summer theatre at Northwestern University and Columbia University, and continued with directing an impressive list of plays mostly in and around Chicago, Ill.

The production is also in honor of her class of ‘46