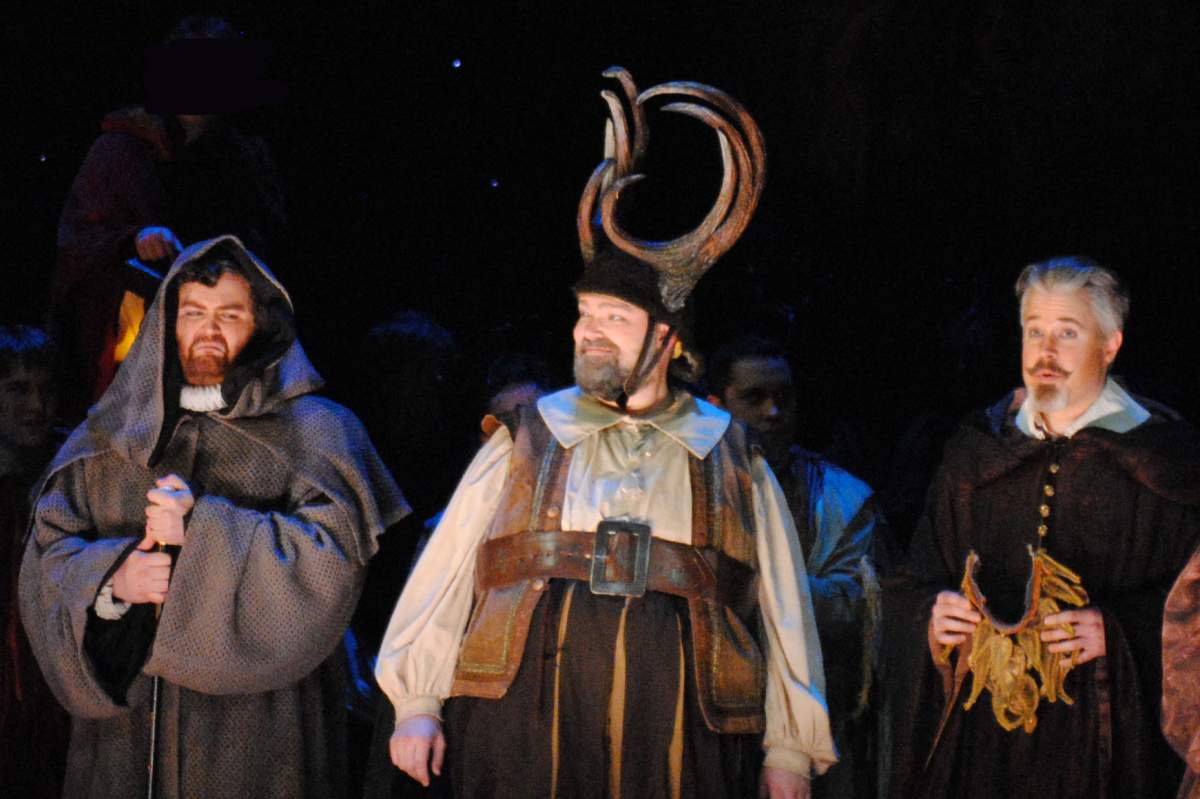 It's been a year of exciting and rewarding productions.  The Musical Arts Center's stage has been peopled with lecherous dons, merry widows, put upon step children, lascivious kings, and monotheistic pharaohs. That's quite a varied cast, but they all share a relatively narrow age range. Frankly, it's a delight with Falstaff to finally have a hero who can draw Social Security.

Now as heroes go, Falstaff has his faults.  He's a lecherous braggart, a boaster, a liar, a cheat, a coward and a bit on the heavy side. But, it's Falstaff who animates, who enlivens, who brings spice and spirit to his world.  Saturday night's Falstaff Ray Fellman brought it all in fine style. The athletically comic Max Zander and the bluff Jeremy Gussin were his minions Bardolf and Pistol.

Betty Allison and Margaret Potter were accomplished singer –actors as the ladies he sought to seduce, Alice Ford and Meg Page. Ford was just a bit the more flattered and Page a bit more amused by his attention. Eileen Jennings was Dame Quickly, the trio's able assistant as they plotted to upend the scheming knight.

Staging by guest Robin Guarino flowed nicely with good attention to characterization, the visual gags and neatly arranged mini tableau. The finale did get a bit crowded. The orchestra played beautifully with special attention to the low woodwinds that Verdi loved. There was a nice moment when guitarist Benjamin Wedeking doubled for the onstage Ford's lute. Constantine Kitsopolous conducted.