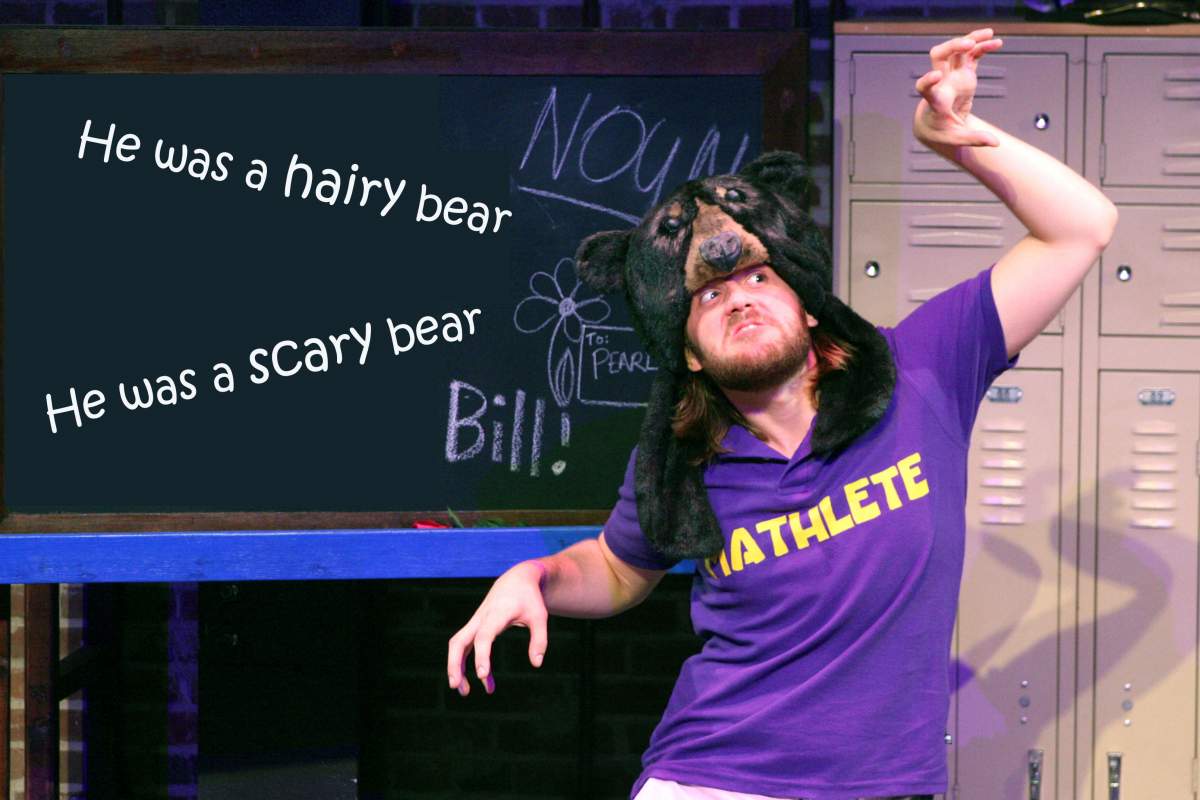 The Schoolhouse Rock series was Saturday morning commercial television with an educational mission. The skits in the show hit on mathematics with bits including "Three is the Magic Number," "Figure Eight" and "Zero, My Hero." Grammar gets a good amount of attention. Nouns and verbs are described. Adjectives are unpacked and a mock train shuffles through "Conjunction Junction." Civics and history have their turn too with "Sufferin' Til Suffrage," "The Preamble" and "Just a Bill."

The children in Saturday morning's audience for Schoolhouse Rock Live! were mostly below the upper elementary ages that the skits were aimed at, but they delighted in the nonstop action and the colors. For them the hit of the show was chance to get up and dance with the company to "Do the Circulation."

Schoolhouse Rock Live!  directed by Lee Cromwell with musical direction from Nat Zegree continues in the Studio Theatre of the IU Festival July 1, 2, 3 and 5 at 11 am and July 7-12 at 11 am and 2 pm.