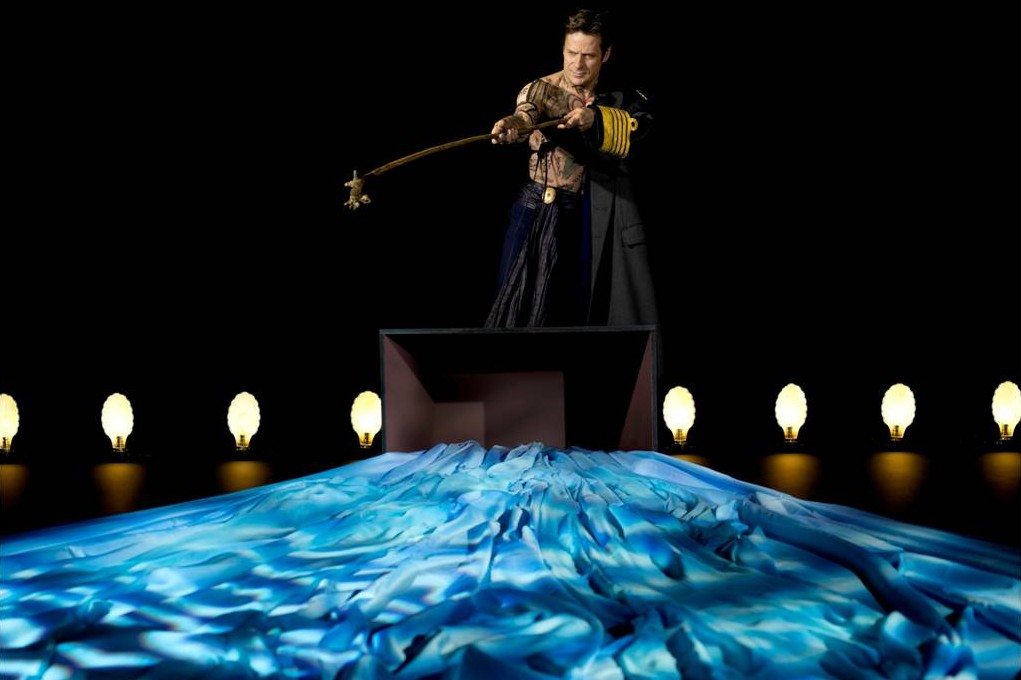 Shakespeare's The Tempest is a play full of dramatic possibilities  eminently suited to opera. Magic, family, and intrigue between master and servant are the stuff of many stage works, but no full operatic setting of The Tempest has become part of the repertory. Thomas Adès's 2004 opera makes a strong case, with complex and challenging music that propels the storytelling.

The libretto was crafted by Australian playwright Meredith Oakes. Rather than abbreviate Shakespere's play and set his words to music, Oakes adapted the text, turning much of it into rhyming couplets and modernizing the language. Still, as is often the case with opera in any language, it remains difficult to discern what is being said.

The composer conducts this broadcast, which was recorded when the opera premiered at the Met in fall of 2012. Baritone Simon Keenlyside originated the role of Prospero and sings with commanding intensity. Adès' Ariel is a wild, jumpy creature, demanding the utmost in vocal precision from the soprano. While Act I contains the dissonance one might expect in a twenty-first century work, there are also instances of sublime lyricism, such as Miranda and Ferdinand's Act III duet, "My Lover Smiling."

The opera overall takes some liberties with Shakespeare's plot, particularly with respect to the role of Prospero as a shaper of events. Oakes portrays the magician-duke as a man who loses power over the course of the opera, even as he endeavors to control the lives of those closest to him. In this production, Prospero is cast as not only a sorcerer, but an aspiring opera impresario who has recreated on his island the Milanese opera house La Scala. Though radio listeners will not see the visual conceits of this choice, director Robert Lepage (who also directs the Met's infamous "machine" Ring Cycle) uses the idea to give Prospero more tools of manipulation.

Adès' opera has enjoyed remarkable staying power for a contemporary work, having been produced four different times in the eight years since its premiere. Reviews have consistently offered a mix of admiration for the composer's bold musical choices, and criticism of various production elements. This radio broadcast is an excellent opportunity to hear The Tempest and see if its magic has any hold on you.