Guitarist Sadie Johnson Is Not Too Young To Rock 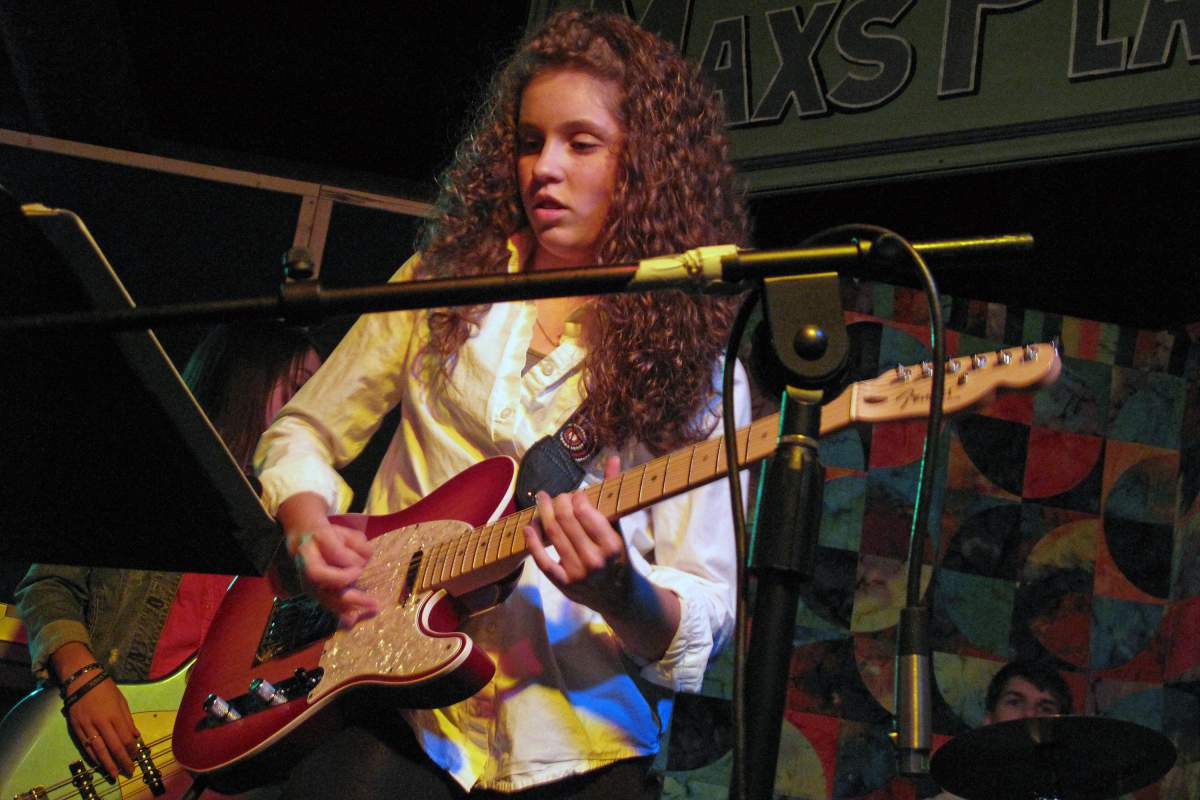 Sadie Johnson has been playing the guitar since she was 6 years old. Nine years later, she has become only the second freshman guitarist in Bloomington High School North history to audition into the Advanced Jazz Band, and recently she was selected for the all-state jazz band. She's also making a name for herself as a regular at a number of area venues where she performs with her group the Sad Sam Blues Jam.

"I'm a hardcore musician," she says. "This is what I'm going to be doing, no matter how long I live, the guitar is going to be in my hand."

She was introduced to the guitar after her older sister Sam had lost interest in the 3/4-size acoustic she received one Christmas. Having a background in piano, Sadie was able to pick out basic chords on the guitar.

But the blues is what spoke to her from the beginning. With the help of her teacher Joe Lisinicchia, she learned basic blues chords and simple tunes. She also became comfortable improvising solos.

She credits Lisinicchia with encouraging her to play her first gig:

One lesson, he said 'I can't make this lesson tonight. Do you want to come play a gig with me at Cafe Django?' And I was like, 'What? Um, no I'm not going to do it!' He said, 'Sadie you gotta get out there, girl! You can play the guitar and you've got a cool one, too, so you gotta do it!' So, I said okay, but I was so nervous. It was that little kid nervous when you get nervous to say your alphabet in front of all the other kids in preschool or kindergarten. But by the end of the night, it was almost some of the best playing I'd ever done.

Learning From The Masters

Johnson plays gigs with all sorts of musicians, from her classmates at Bloomington High School North to experienced local jazz musicians at area venues like The Player's Pub. She finds, though, that she relates best to older, more experienced musicians. "They really know how to play, and the feeling and the soul that they have, I just love playing with them."

While she is only a freshman in high school, she has big plans for her future. One of her most immediate goals is to make it to the stage at the Crossroads Guitar Festival, an event founded by Eric Clapton. The festival takes place once every three years, with the next one slated for 2013.

"I told myself I'm going to make it no matter what I have to do," says Johnson.