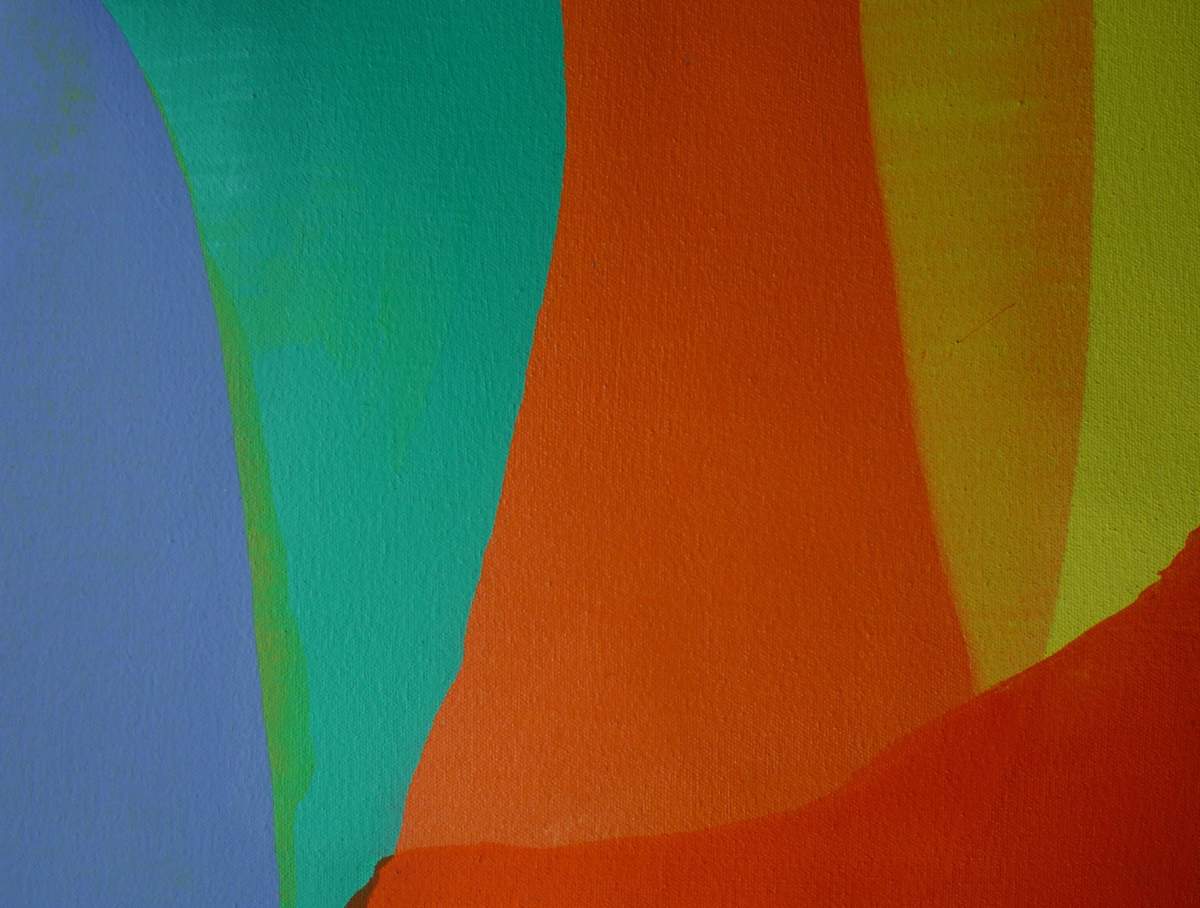 Scottish artist Rowena Comrie spent a month in Indiana this spring, creating a new body of work that she shared during the Bloomington Open Studios Tour at the end of April, and is showing in two exhibitions-at the Ivy Tech John Waldron Arts Center, and the Oliver Winery Downtown Gallery. A Professional Member of the Society of Scottish Artists and President of the Scottish Artists Union, Rowena Comrie has been short-listed for the Aspect Prize, a distinction that recognizes outstanding contemporary painting in Scotland.

Every inch of the world has been explored. But I think you can still have that sense of the sublime staring at the horizonthat mixture of fear and excitement. I certainly get it, which is why I paint the watercolors.Â But I wanted to make a contemporary idea of the sublime.

A native of England and graduate of The University of Reading, Comrie moved to Scotland in the early 1980s, where she has worked as a professional artist ever since.Â Working in both abstract and figurative idioms, Comrie acknowledges a deep affection for the American color field paintersfrom Morris Louis to Helen Frankenthaler to Mark Rothko.Â Â Her abstract oil paintings, ranging in size from intimate to wall-sized, evince the exuberant palette and compositional balance of that school, along with a canny exploration of the paint's viscosity.

Comrie's practice also comprises plein-air sketching in watercolor, which she often uses to inform larger representational oil paintings.Â Recent series of landscapes incorporating the motifs of airplanes and power stations are an attempt to manifest the eighteenth-century concept of the sublime for the contemporary viewer.

In the 18th century, so much of the world had not been conquered. Everest hadn't been climbed, deserts hadn't been crossed, vast areas of the world were still unexplored. So those areas were the receptacles for terror and fear, but excitement and curiosity at the same time. But of course, all that now has been done. Every inch of the world has been explored. I think you can still have that sense of the sublime staring at the horizonthat mixture of fear and excitement. I certainly get it, which is why I paint the watercolors. But it's traditional. So that was why I wanted to make a contemporary idea of the sublime.

This spring's visit was Comrie's first to the States.Â With support from Creative Scotland, the country's funding agency for the arts, the Glasgow resident created the majority of the new work being exhibited as Tiny Diamonds in the Cosmic Sands during her residency in a makeshift studio in a Bloomington friend's homean intense painting jag punctuated by the occasional museum trip.

"I was so thrilled to see that huge Morris Louis in the Indiana University Art Museum collection," Comrie exclaimed, referring to Louis's Beth Aleph (1960).Â "I think that's probably the most interesting one I've seen."Â Comrie's hosts made sure she was able to experienceÂ several of her other favorite canvases at the Indianapolis Museum of Art and the Art Institute of Chicago. "That's been one of the big thrills of my trip," she acknowledged, "to actually see those paintings."