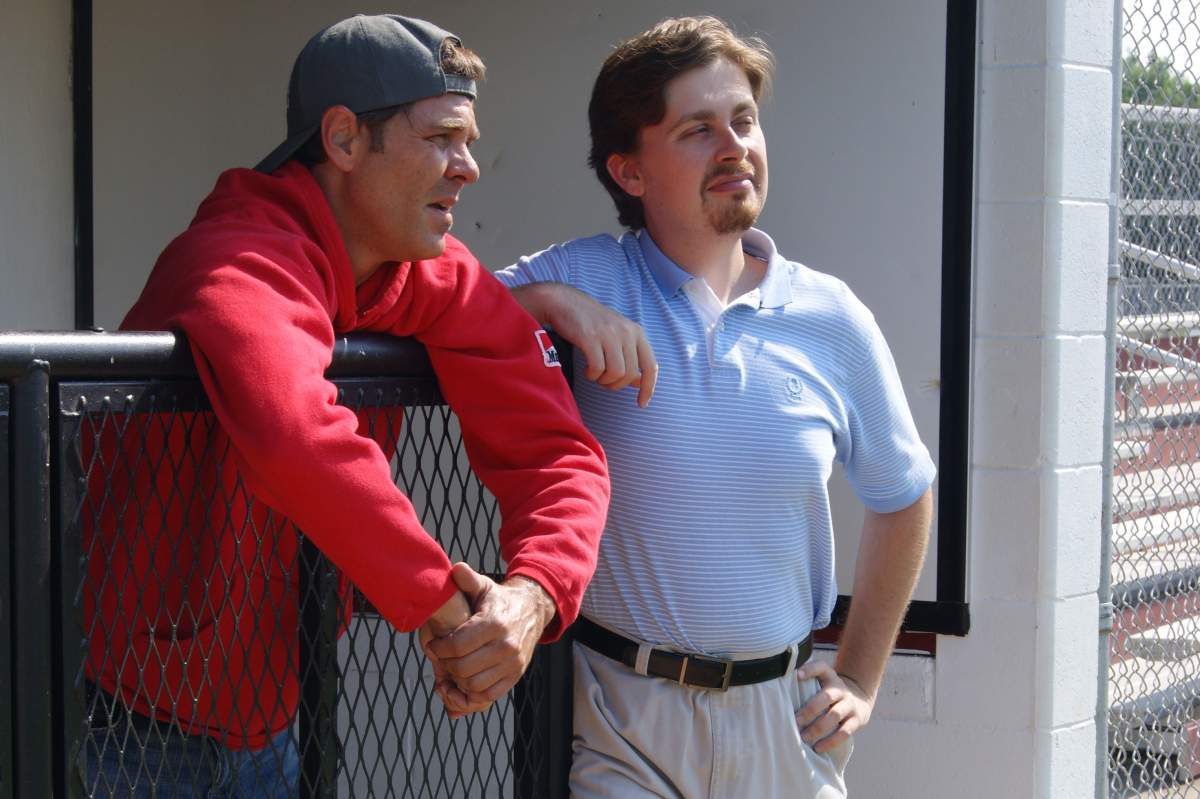 The Shawnee Theatre presents Richard Dresser's Rounding Third at the theatre just south of Bloomfield. It's the Shawnee's nod to the great American pass time of baseball.

Veteran actor and more recently coach, Doug Johnson along with Brad Sadler play little league coaches and the audience gets to play the team. "Yah," agrees Johnson. "The whole show takes place pretty much on the baseball field. We're talking to the audience quite a bit as our team and that's a lot of fun. I think the audience sort of feels pulled into the show that way or at least that's the intention."

"I think that what I love the most about my character is that he's an every guy's kind of guy. He really is just a normal kind of guy trying to make his way in this world and he's fortunate to have an opportunity to work with kids and I think he loves it and maybe sometimes loves it too much.  What you see is what you get with him. And I like playing characters that have that certain honesty."

This is the second time playing one of the coaches in Rounding Third for Johnson. "I was very fortunate to get that opportunity at the Phoenix Theatre to play the role back in 2005," says Johnson. Since then he's actually been on the field and in the dugout. "This year I had a chance, I got offered a contract to coach baseball at King's Way Christian School in Indianapolis.  And it brought a whole new dynamic to the character for me.  I had a great time this season. It was a blast working with the kids. So I'm really enjoying the show with that particular perspective "