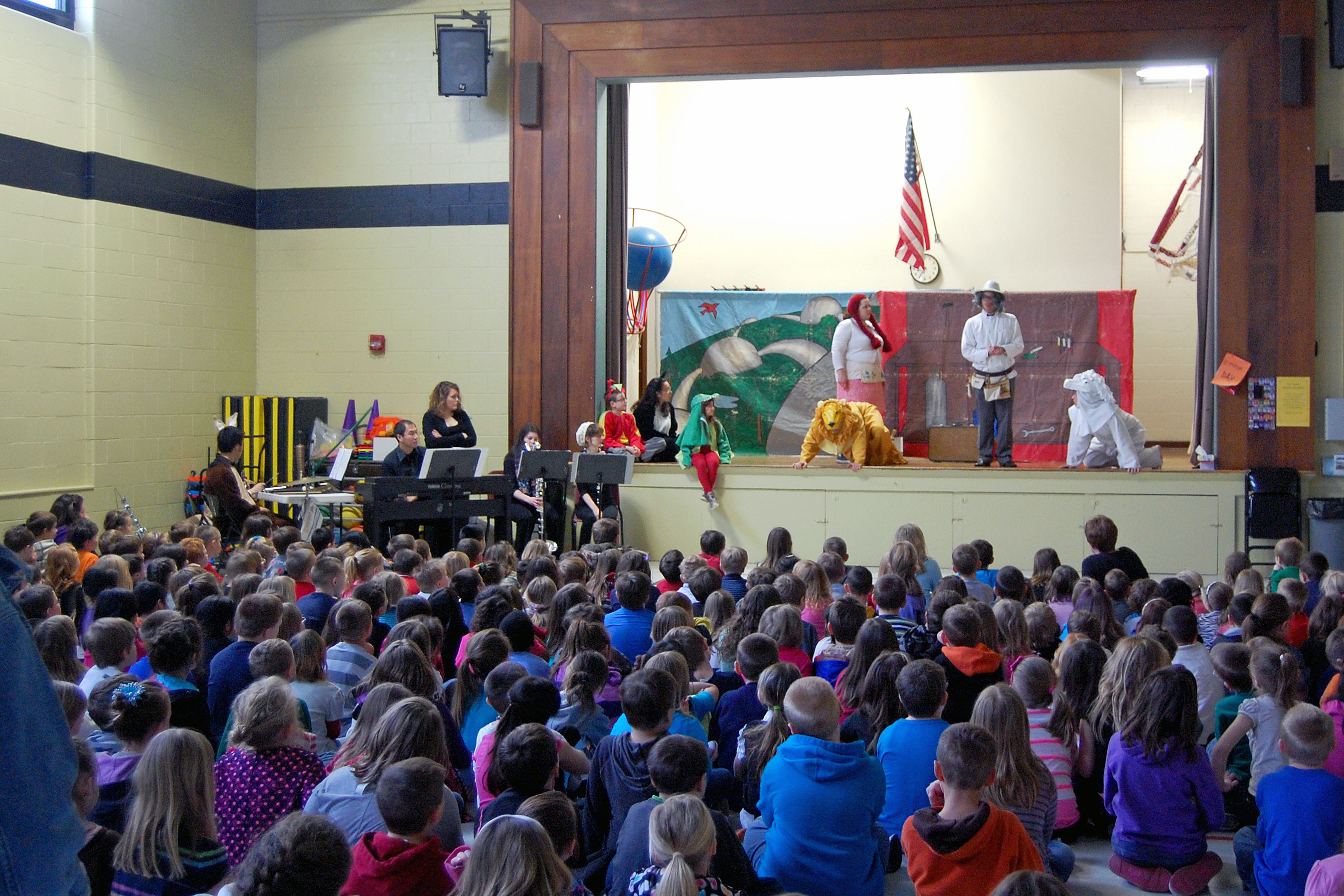 On a Sunday evening at the Jacobs School of Music, founder and director of ROK Kim Carballo has assembled a group of three singers and four instrumentalists to read through a new opera Ana y su sombra. Pianist Andrew Pham admits that he hasn't practiced the music, but that's okay everyone is sight reading tonight.

This opera will eventually be performed in elementary schools across the area. Pham appreciates the opportunity to get off campus. He says it's easy to get stuck in a bubble when performing for faculty members who focus on subtle musical nuances.

"For these (performances), it's all about the big picture of the big story you're telling. It's a good change of scenery, so to speak," he says.

Ana y su sombra is the second commission by ROK designed specifically for young audiences. The first was Mooch The Magnificent.

"The idea is that the earth has had enough junk happen to it that people have to live inside bubbles while the earth rejuvenates itself," explains Carballo. Everything inside the bubble is an artificial construction even the zoos are filled, not with real animals, but with mechanimals. Along comes a girl named Mooch who turns the animals back into wild creatures.

The libretto was adapted by Scott Russell Sanders from his book The Engineer Of Beasts. Composer Lauren Bernofsky already had the idea for writing an opera based on this text when Carballo approached her with the commission for ROK. The requirements were that the opera must be aimed at kindergarteners through sixth graders, last no longer than 30 minutes with few scene changes, and be comprised of no more than four singers and four instrumentalists.

Bernofsky didn't adjust her musical language to appeal to a young audience. In fact, she says she uses dissonances to tell the story.

"As (the animals) get more wild, I start throwing in minor seconds... to rub against one of the notes that's part of the triad to show there's something a little wild here," she says. "Something bad might happen."

Evolution Of An Opera Company

Carballo formed ROK in 2006 as a way to give Indiana University music students more performance opportunities and to provide support to local schools' arts programs. Those first shows consisted of traditional opera arias, and now seven years later, the group has two commissions under its belt. Carballo says the audiences have evolved since those first performances as well, from covering their ears to now asking the singers all sorts of questions.

"The teachers are really on board and they're preparing their kids in a different way, so the kids have an idea of what's coming at them," she says.

The Bloomington Project School has hosted operas by ROK three years running, including the premiere performance of Mooch in August 2012 for the school's kindergarteners through fifth graders. Chris Bultman is the performing arts specialist at Bloomington Project School. He says the students not only appreciate the performances, "If anything, I think their expectations are raised for what kind of performances they're going to see."

Carballo adds that the school kids are experiencing a type of performance that doesn't happen in a concert hall.