A Rose For Romance, With Thorns For Reality 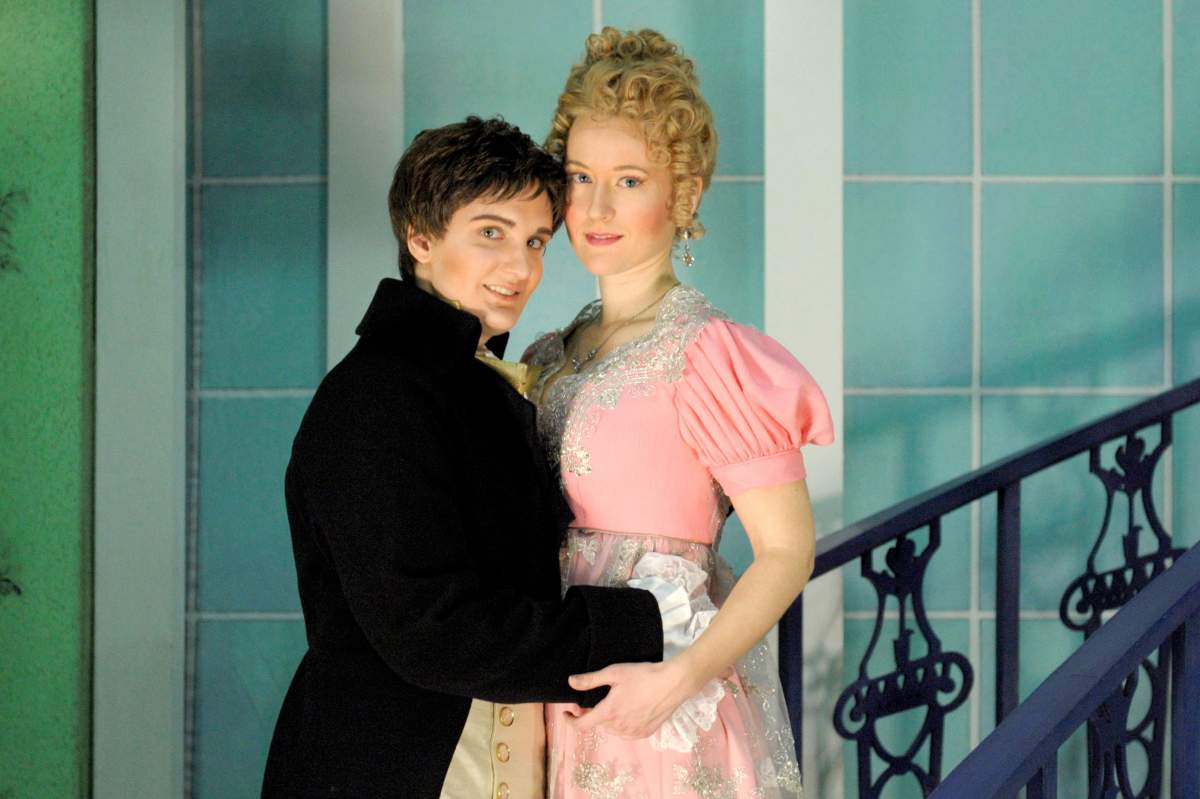 Der Rosenkavalier is Richard Strauss and Hugo von Hofmannsthal's lush romance of love and marriage in the minor Viennese nobility. The music both vocal and instrumental conducted by David Effron is lush. The costumes by Linda Pisano are vibrant with shapes and colors, often lush. William Forrester's set design is a bit restrained but still lush in spots. Vincent Liotta's direction also partakes of restraint, but whenever the story warrants he fills the stage in quite a …well lush way.

Der Rosenkavalier's villain, or perhaps buffoon, Baron Ochs sung, as if he'd been doing it all his life, by guest Pawel Izdebski, seems eager enough for a drink from time to time so perhaps he was a lush, but really this is carrying a single word a bit too far. The IU Opera Theater' production of the opera is very well conceived, artfully executed and delightful major undertaking.

Throughout the evening Richard Strauss's music simply flows, the daunting musical challenges for both the orchestra and the singers all met with aplomb. Forward propulsion even in the quieter, more intimate moments was always the rule. The story has the same quality as there are few ‘set pieces' and even those were very much a part of the continuous story lines. Der Rosenkavalier is a comedy with funny moments, but there is a bit of serious underpinning. It's the story of love from an older woman for a younger man and of the coarse attachment of an older man for a younger woman.

If this were a typical comedy, the older woman and the older man, and the younger woman and the younger man would sort themselves out for mutually satisfying, age appropriate coupling. It doesn't happen here. The young couple does get together, embracing. The frustrated older man departs, running with a crowd of bill waving creditors pursuing. The older woman departs alone, but walking in a masterful fashion with all her dignity intact. Der Rosenkavier is a comedy, but an adult one.

Saturday night's Marschallin, the wise older woman played by IU grad Heather Youngquist was a pleasure to watch. She was always vocally secure and the transition from the joyful and amused woman in love bedding a younger man in the first act and the wiser, more thoughtful and very much in command older woman giving him up in the third act was very skillfully handled.

Sarah Ballman as the Marschallin's love, Octavian, sang well and was both amusing and sympathetic as a girl playing a boy playing a girl torn between first love and past affection. Her equal was Evelyn Nelson the young girl committed to the buffoonish Baron, but smitten by Octavia. Nathaniel Olson as the girl's father and Christa Ruiz as her duenna nicely filled their parts as did Lorenzo Garcia and Emily Smokovich as a couple of scheming gossip mongers.

Final performances of the IU Opera Theater's production of Der Rosenkavalier take place this Friday and Saturday an hour earlier than usual, at seven.