"Rooted12": Picturing The Real Stories Of The Midwest 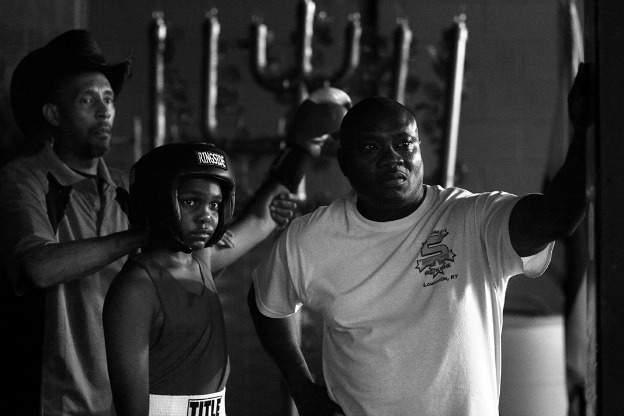 The editor of a new photography magazine about life in the Midwest spent his first few years in the heartlandÂ reluctantly.

"I'm from Tennessee originally," explains Isaac Smith, founderÂ of the print and online magazineÂ Rooted12 . "I grew up in Middle Tennessee for the first nine years of my life and was transplanted to southern Illinois when I was younger, and kind of resented it!

"Where I'm from is absolutely gorgeous," Smith contends. "The Cumberland Plateau has beautiful scenic views and I didn't necessarily think that about Illinois for many, many years. Or the Midwest in general. Didn't really think it had much to offer."

"When I moved away and then would go back home to visit my family," Smith recalls, "I would realize this incredible aesthetic that my new home had, in Illinois."

Trying to represent that aesthetic and culture in all its diversity is the mission of Smith's fledgling semi-annual publication, whose second issue goes to press in early 2016. Â The multi-platform journalist based in Southern IllinoisÂ is seeking out emerging photographers from across the Midwest to "capture life in the 12 central-most states," while avoiding regional clichÃ©s.

"Yes, in the Midwest we do have people whoÂ bake casseroles and probably drink too much soda, and go to Lutheran churches," Smith concedes, "but there's a whole lot more to it than that."

Tibetan monks in a suburban backyard, for example, or housekeepers on the nightshift in the student union building, allÂ of whom are pictured in the pages of the inaugural issue of Rooted 12. Or take the photo-essay Smith created, which tells the story of a weekly ritual three Bloomington men have long shared.

Brad, Rocky and Richard were shooting pool one evening at the bowling alley where SmithÂ bowls. "And I went up and asked, 'Oh my gosh, do you guys mind if I make your picture?'," he recalls.

It turns out that it wasn'tÂ as simple as that.

"They were residents of Stone Belt and I needed quite a bit of permissions to make that happen," Smith explains, "and it took quite a while for me to get those permissions, because of the turnover there, which is kind of part of that story."

It was hard for Smith to get someone at the center for adults with developmental disabilities to call him back. Which helped him realize why "Man's Night" was so important to Brad, Rocky and Richard.

"With so many changing faces you know I think there are about thirty per centÂ of the hired help for places like Stone Belt is turned over every year. But they've had a level of consistency with going out and playing pool every Wednesday."

The Community's Watchdog. And Its Ambassador.

It wasn't Smith's first experience getting deeply involved in people's lives in the process of telling their stories. After studying photo-journalism and audio-documentary at Southern Illinois University, Smith went to work in Cairo, Illinois

Smith interprets the journalist's role as the community's watchdog. But also, its ambassador-

That imperative carries over to Rooted12. He started the magazine out of concern that the opportunities for telling these stories, especially in a visual way, were disappearing

"For example in 2013, the Chicago Sun-Times laid off every single photographer on their staff," Smith asserts. Â "Twenty-eight people. Gone. So I saw a lot of people that I knew whoÂ had stories that they were working on, great images they were making, that didn't really have a home.

A Home For Visual Storytelling

"He really values and chooses other photographers who value photography as storytelling," asserts Midwestern native Lindsay Welsch, a visiting lecturer in the English department at Indiana University.

In herÂ essay on the Rooted12 blog"The Midwest as a Rural Fantasy"Welsch observes that many contemporary representations of the Midwest in the media continue to traffic in clichÃ©, even if there's not a casserole or a Lutheran church in sight. On Instagram and elsewhere, Welsch has noticed "what seems to be a sort of new way of picturing the Midwest, as this space of simplicity and rusticity and authenticity, which seems to be a real key word in hash tags and elsewhere."

But there's something missing from the representation, contends Welsch: "at least some sense of narrative or specificity, instead of them just being beautiful spaces, without people in them."

In corralling a heterogeneous cohort of emerging photographers from the 12 central states, Smith is hopingÂ to avoid this Midwestern whitewash. Â "I've really tried hard to steer the magazine in multiple different directions," explains Smith, "so we don't end up with this single narrative of what the Midwest is supposed to be."