In The Workshop With Natural Horn Maker Richard Seraphinoff 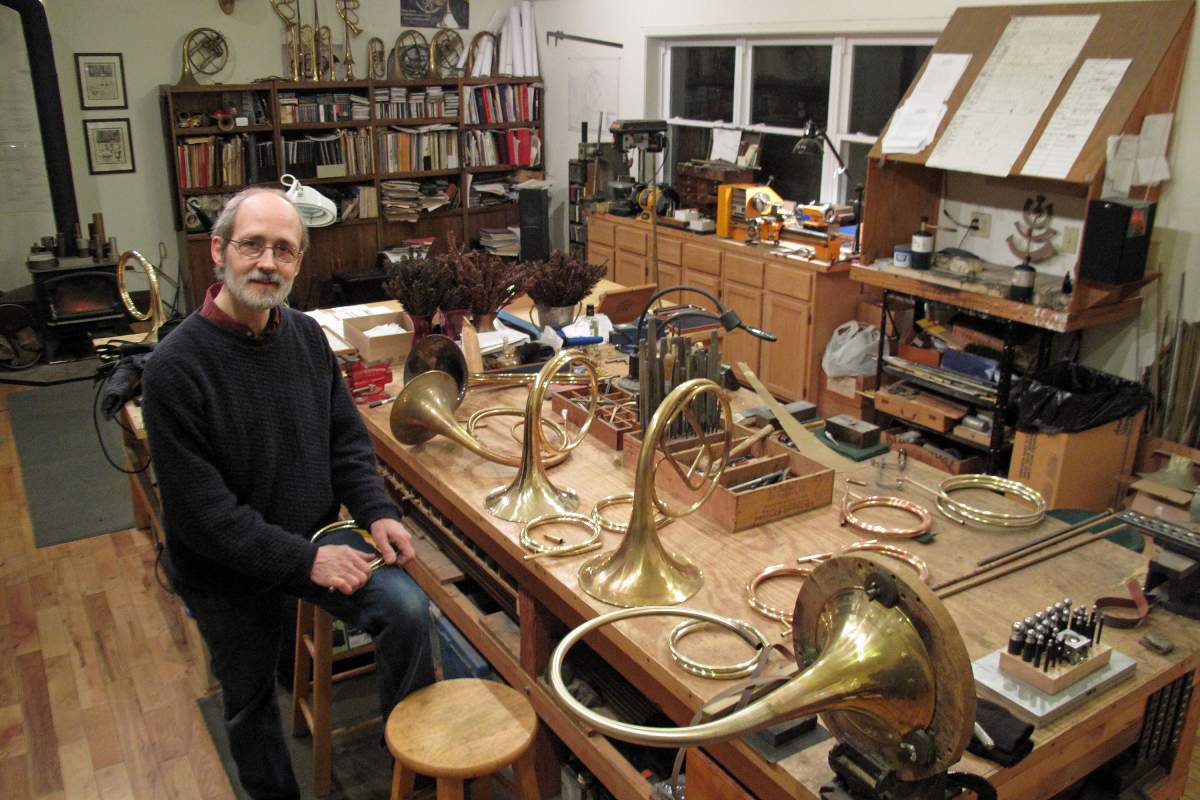 Richard Seraphinoff started making natural horns in the mid-1970s out of necessity: he needed an instrument to play.

At that time, woodwind and string players had been making replicas of old instruments for a while, and he thought brass players needed to catch up. He now sells his custom-made horns to players all over the world.

The Sound Of Horns

The natural horn is a very different instrument from the modern French horn you see in orchestras. It has no valves to change the pitch; the player does that with his lips.

Essentially it's just a tube.

According to Seraphinoff, professor at Indiana University, this results in inconsistencies in the pitch and tone that players don't experience with modern instruments.

But that's not necessarily a bad thing.

"That really is part of the beauty of the old instruments, gives it personality," he says. "In a musical phrase that can be very charming."

There's currently a nine-month wait to purchase one of his natural horns, because with his teaching obligations and performing schedule, he has a lot on his plate. His tripartite musical career makes him unique in the world of horn. The culture, especially in Europe, is such that players are players and instrument makers are instrument makers.

"I have friends, both brass players and instrument makers, who just don't understand that I do both," he says.

On The Work Bench

His horns are reproductions of historical instruments from as far back as the early 18th century. There's a lot of homework that goes into making sure the instruments are accurately replicated. Often times he can visit a museum or private collection to have hands-on time measuring the instruments and creating drawings.

Over the past 40 years, he has streamlined his process. He now purchases bells from a maker in Germany to save himself time and grief. When he was making his own bells, he developed tennis elbow thanks to all the hammering.

Seraphinoff jokes that all his experience with horn making has prepared him for some alternate careers.

"It's a combination of being a jeweler and a plumber," he says.