A Certain Flair For The Rhinestone Cowboy 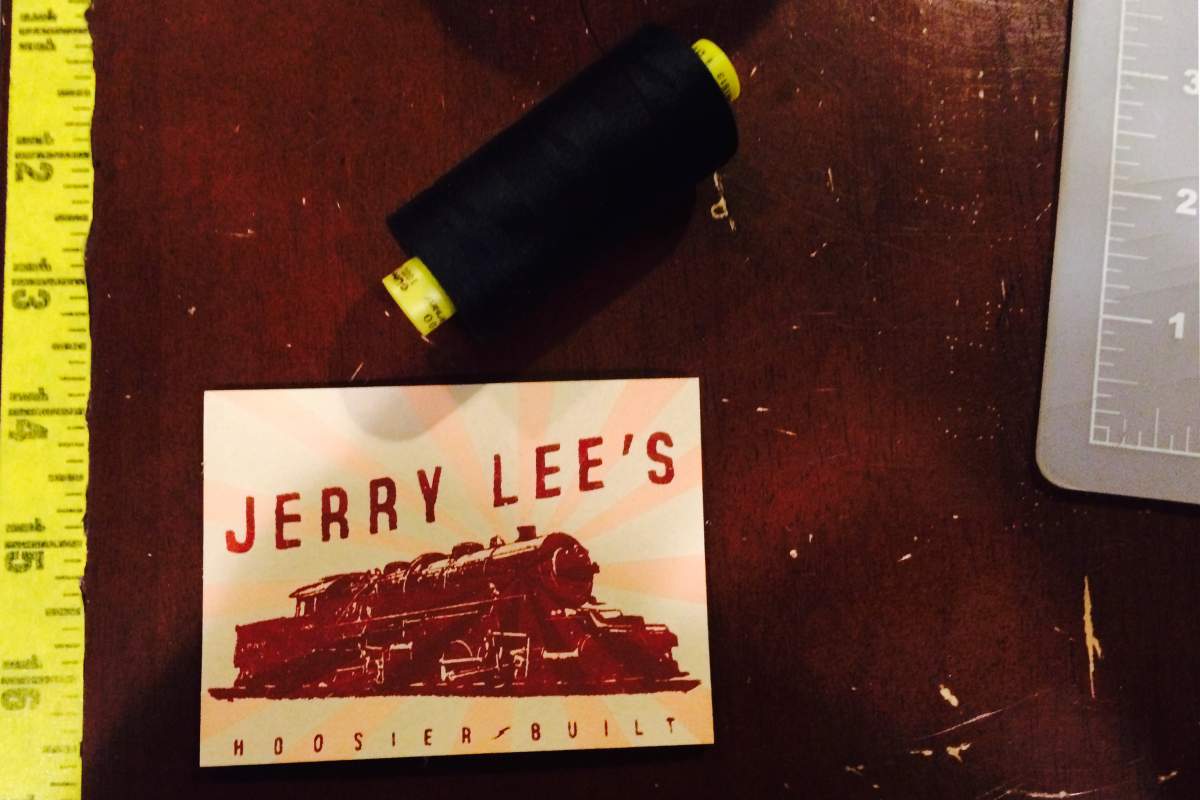 UPDATE: During their return to Paris on February 16, 2016, Eagles of Death Metal performed in Jerry's custom eagle-themed Western shirts.

Putting On A Show

Chainstitching is the method used to create the signature flair on the flamboyant western suits donned by country singers like Porter Waggoner, Buck Owens and Gram Parsons.

In the 1940s, chainstitch artists like Nudie Cohn and Nathan Turk started a couture reimagining of the American cowboy, and the rhinestone cowboy was born!

Jerry isn't the cowboy hat-wearing type, but those exquisite getups caught his eye at a young age while studying the sleevesÂ of hisÂ dad's countryÂ records.

"You have the Nudie suit, you have the rhinestones, you have the sparkle and the flair. Your audience doesn't have that. So even though you're just like them, by wearing that outfit you're subjecting them to a performance that says, 'You're getting a show,'" Jerry explains.

Jerry ventured into sewing as a young adult, making Western shirts that resembled those on his dad's albums. He started receiving orders for his homemade western designs, butÂ to keep up withÂ demand Jerry needed a chainstitch machine. He remembers the first time he laid eyes on one at aÂ costumer's shop.

"He had three or four Jules Vernian machines that had all these spinning gears and moving parts. To see them in action, it's just incredible."

Because chainstitch machinesÂ haven't been manufactured in the US since the '60s,Â they'reÂ hard to come by these days. Even rarer are the replacement parts and repairmen needed to get them in working order.

"Industrial repairmen won't touch them. They're afraid of them because it's such a specialized type of machine."

So Jerry was forced to become his own mechanic and parts dealer, and before he knew it he had a serious collection on his hands. His workshop now boasts eight chainstitch machines, which are all packed with sartorial history. His 1960's Cornely L machine was owned by theÂ seamstress who made the original Hell's Angels' patches. His Cornely K, from the early 1900s, was owned by Liberace's tailor. And his 1930s Singer was used to make patches for servicemen in World War II.

Jerry rescues the machines from obsolescence to giveÂ them another service life, and most of his machines are just as busy now as they were in their heyday.

Jerry is currently sewing eagle-themed Western suits for each member of Eagles of Death Metal, the rock band whose Paris concert was the site of terrorist attacks late last year.

"It's something that I've put a lot of my soul into.Â Every single piece will look a little bit different. It's not uniform, it's all individual. But that's the thing: it's the human touch."

In comparison to digitalÂ embroidering, chainstitching is much moreÂ labor intensive. The machines are totallyÂ hand-operated and thus can produce no two of the exact same design. Each piece of chainstitch embroidery is a unique artifact and in the age of mass-produced clothing, that's a big selling point for Jerry'sÂ customers.

"It's rewarding to hearÂ people say, 'I like the embroidery that you specifically are doingÂ and I want to tell my friends this patch here was embroidered by Jerry Atwood in Indiana.'"

Like those rhinestone cowboys, JerryÂ wants his clothes toÂ stand out from the rest.