Something In Her Face... 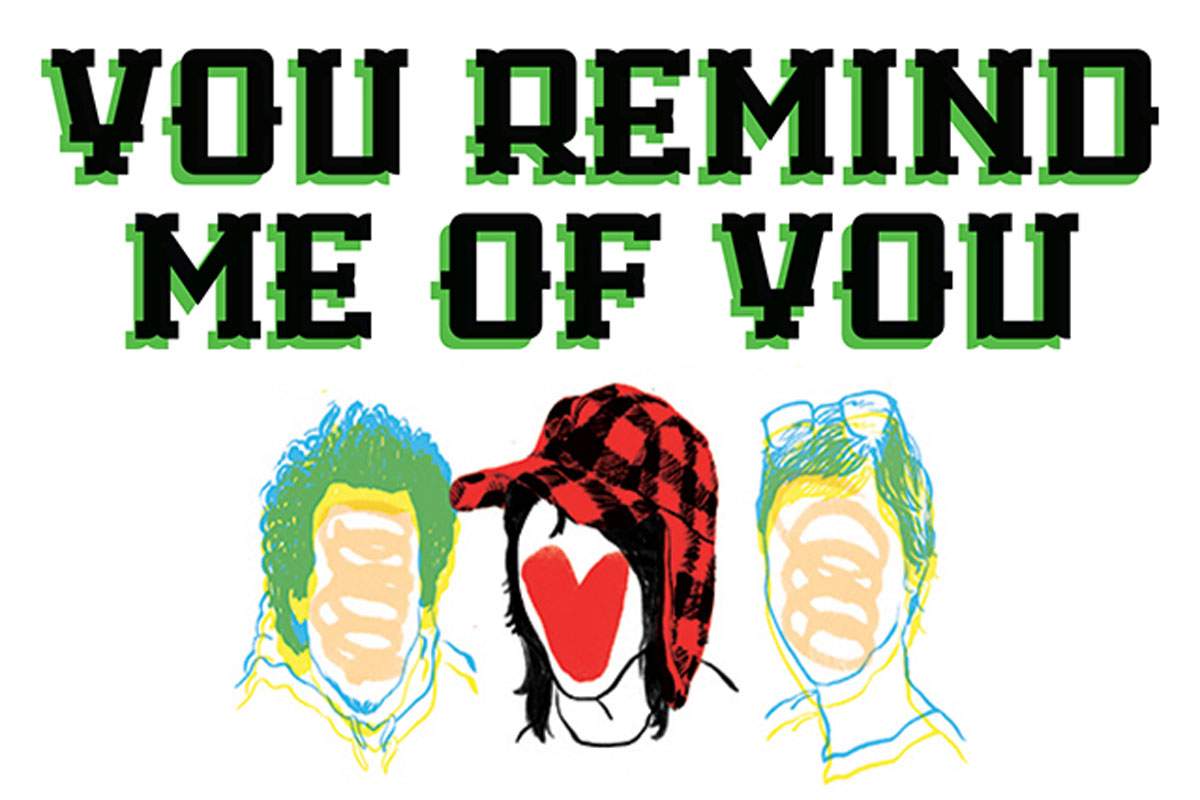 You Remind Me of You at the Bloomington Playwrights Project is a story of a young woman with problems. Although Adele is the main character in Mathew Capodicasa's play, the brain damaged father that she's caring for sometimes doesn't remember who she is and the new boyfriend she's hooked up with is face-blind and can't pick her out of a crowd.

Over an evening with quite a few laughs and many moments of frustration Adele learns that she isn't capable of working and caring full time for her father. She also learns that romantic connection can occur with one's eyes closed.

Bill Goveia is a dignified, sympathetic and sometimes totally frustrating figure as Nathaniel her lawyer father.  At one moment he is a warm fatherly figure and at others a totally lost soul not recognizing the daughter who is standing in front of him, and pathetically asking where he was,  and what time it was.

Scott Parnell is the face-blind boyfriend, Vincent. He works It by day and hit the open mics with his guitar at night. Vincent is grudgingly accepting of the problems of trying to date women that he can't recognize at sight. Parnell handled his part with a relaxed wryness that only occasionally rose to tension.

Sarah McGrath had the role of the beleaguered daughter, girlfriend and law school dropout Adele. McGrath is smaller than her solidly built father and towering boyfriend and seems overwhelmed during much of play. Both of the men describe her as possessed of "rumble and gather." They both agree to the terms, but never suggest either a noise or an action that might lead to the description.

The BBP's David Sheehan directs and his preshow monologue touting the theatre, the play, the signature drink, and of course the pizza place next door continues to be the best six minutes of standup in the city.