From Reform To Renaissance At Fairview Elementary 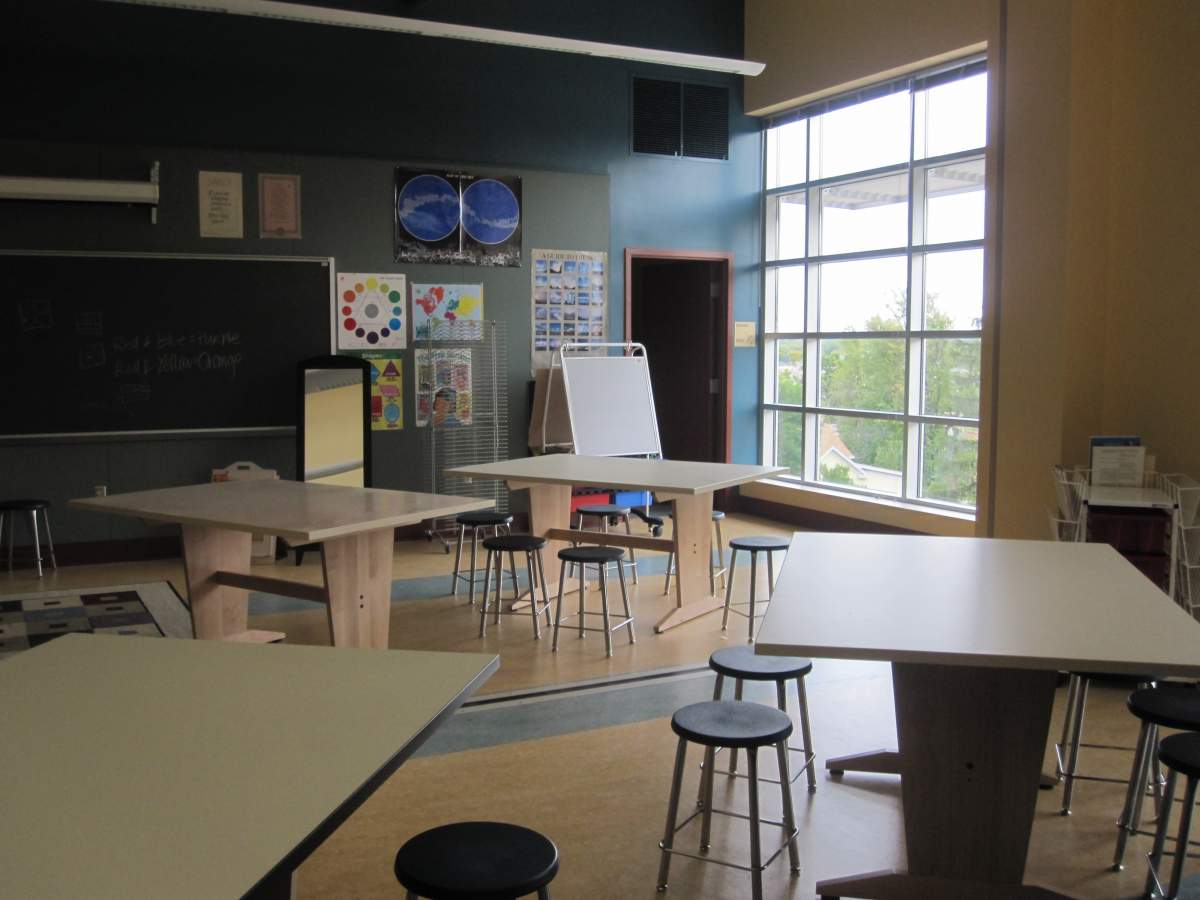 "We're at 93 per cent free and reduced lunch rate," explains Karen Adams, principal of Fairview Elementary School, "and that's how the poverty level is determined. So we're much higher than any other school in the Bloomington area."

As Adams knows, along with the dubious distinction of having the school system's highest poverty index demographic, come problems that schools in better-heeled districts don't have to deal with. Attendance is an issue, as is support outside the school. Parents might not be available to help with homework, let alone volunteer for the PTO.

In past years, Fairview missed some Adequate Yearly Progress targets. Elementary students who lived in the Fairview district - which encompasses the city's near-west side from Second Street to Seventeenth â€“ had the option of attending another school. Enrollment numbers went down, and there was talk of closing the school.

...And For Different Problems, New Solutions

But the school board chose instead to invest in the only elementary school in downtown Bloomington. In January 2009, construction was approved for a new school, to be erected adjacent to Fairview's 1953 structure on 8th street.

Around the same time, educators started considering curricular reform models. When she came across a project-based, arts-centered program offered by the Leonard Bernstein Institute that had proven success in high-poverty schools, Fairview music teacher Kathy Heise couldn't contain herself.

"I ran up to my principal's office and said, â€˜You've got to see this,'" Heise recalls. "'This is exactly the way I've always wanted to teach. This is the way I saw the world as a child. This is an opportunity for us.'"

Integrating The Arts In A Curriculum's Core

The Bernstein Institute's Artful Learning model takes the arts from the edges of the curriculum and integrates them into the core. A famous painting might be used to help students learn about history, for example. Music can be put at the service of phonemic mastery for young children.

Fairview educators soon attended a teleconference on Artful Learning. Then, they traveled to schools in Iowa, Florida and Illinois to see the program in action.

"No matter who the student was, they could tell us exactly what they were working on," principal Adams explained. "It was theirs; they owned it. That's what really gets kids involved and turned on: when they own their learning and they're proud of it."

And the results at those schools are quantifiable. There are fewer behavioral incidents, increased attendance, and raised test scores.

In January 2010, the Monroe County Community School Corporation board voted to approve adoption of the Artful Learning curriculum at Fairview. "It was a celebration," Heise remembered.

But the celebration may have seemed premature - and the school corporation's commitment to the arts, unconvincing â€“ when, four months later, 13 teachers at Fairview found their names on a Reduction in Force list. The school's art and music teachers were among those named.

The fate of Artful Learning seemed to be hanging in the balance.

As it turned out, most of Fairview's teachers - including the music and art teachers - were recalled from the RIF list later in the summer. Adams postponed the training for the new curriculum that all of her teachers would undergo until the dust settled.

The training has inclusion teacher Jill Clay excited about the possibilities of Artful Learning. "Over the years, I have done things infusing the arts into what I do," explains the Fairview veteran, "because it does help the students who have learning problems if you can access the information in different ways. I'm hoping to add to my repertoire. And I do think the Artful Learning will help students remain in the classroom."

In addition to keeping their own students in the classroom, Fairview staffers hope to attract those from the city's other attendance areas in the future. Taking the 2010-11 year to get situated in their new school and new curriculum, Fairview plans to open enrollment in coming years to other MCCSC elementary students.