"When the Rain Stops Falling" Opens the IU Theatre Season 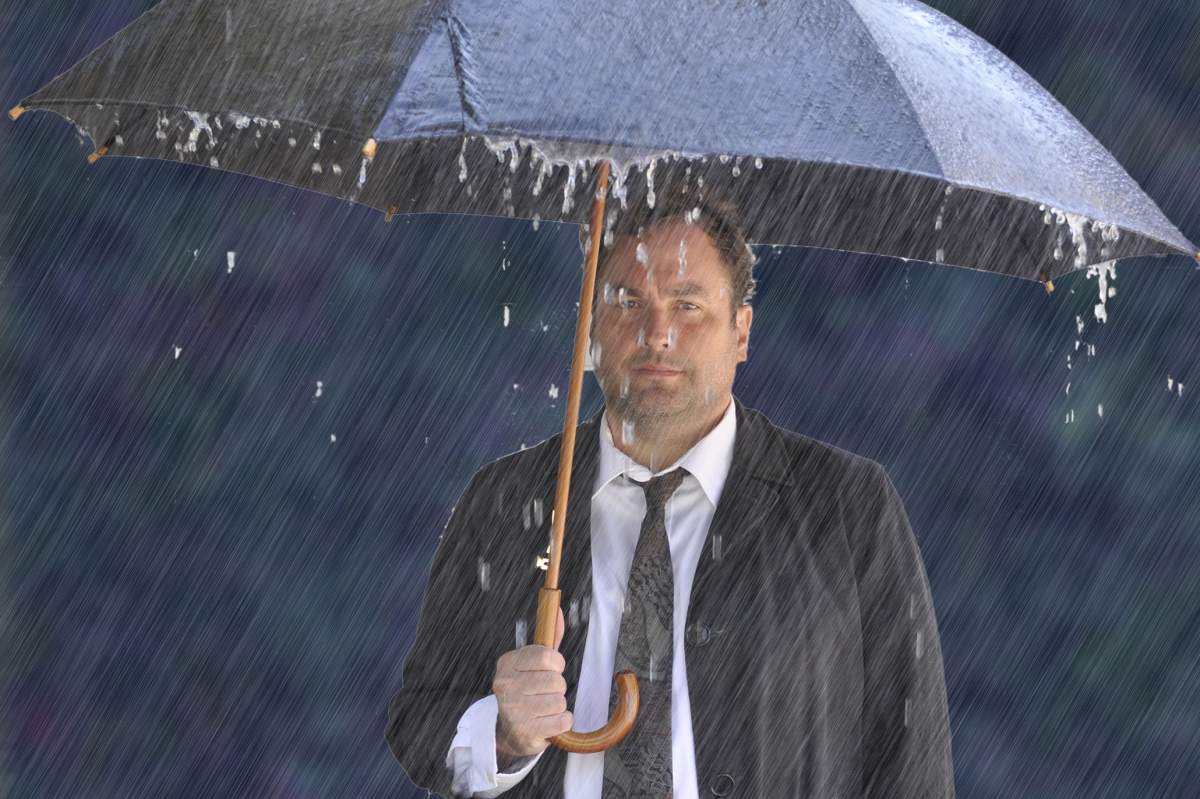 When McGibbon talks about the play, each sentence seems to end with an exclamation point. "It's the most extraordinary play I've ever seen! And when I saw it, I knew I had to do it! It's been a two year plan to get this on the boards. I can't remember being so excited about a play, ever!"

The play's title is When the Rain Stops Falling, but during at least part of the play a good deal of  the rain does everything but stop, and McGibbon and crew have been doing some serious engineering

"Well, actually my colleague Paul Brunner has more to do with that than I," says McGibbon. "But we do have real rain and even real fake snow, if you can call fake snow real. And in addition, there's a fish falling from the sky. It's quite an extravaganza."

Actor Evelyn Gaynor plays a character named Gabriel. "Yes, the ‘older Gabriel,'" says Gaynor.  "I have to be specific, because there is a ‘younger Gabriel' played by Rachel Goldman. The ‘older Gabriel' is nearing the end of her life, going through memories and reassessing things in a difficult struggle. At the same time because of the sweep of the play, she's actually on stage with her younger self.  The plays delves in a fascinating way to examine what was happeningwhat went right, what went wrong and what my younger self was thinking. It's very mystical and mythical connection. It's a very rich challenge for me as an actor."

When the Rain Stops Falling is a family drama that spans eighty years. "That's four generations," notes McGibbon.  "It starts in 2039 and then flops back to the 1960s and through the 80s and then ends again in 2039. It's a nice complex, rich, rich tapestry and I can ensure audiences that they won't have seen anything like it before."

Andrew Bovell's When the Rain Stops Falling plays September 21, 22 and 25-29 in the Lee Norvelle Theatre and Drama Center.