Playwright Makes A "Keeper..." Out Of Collaboration 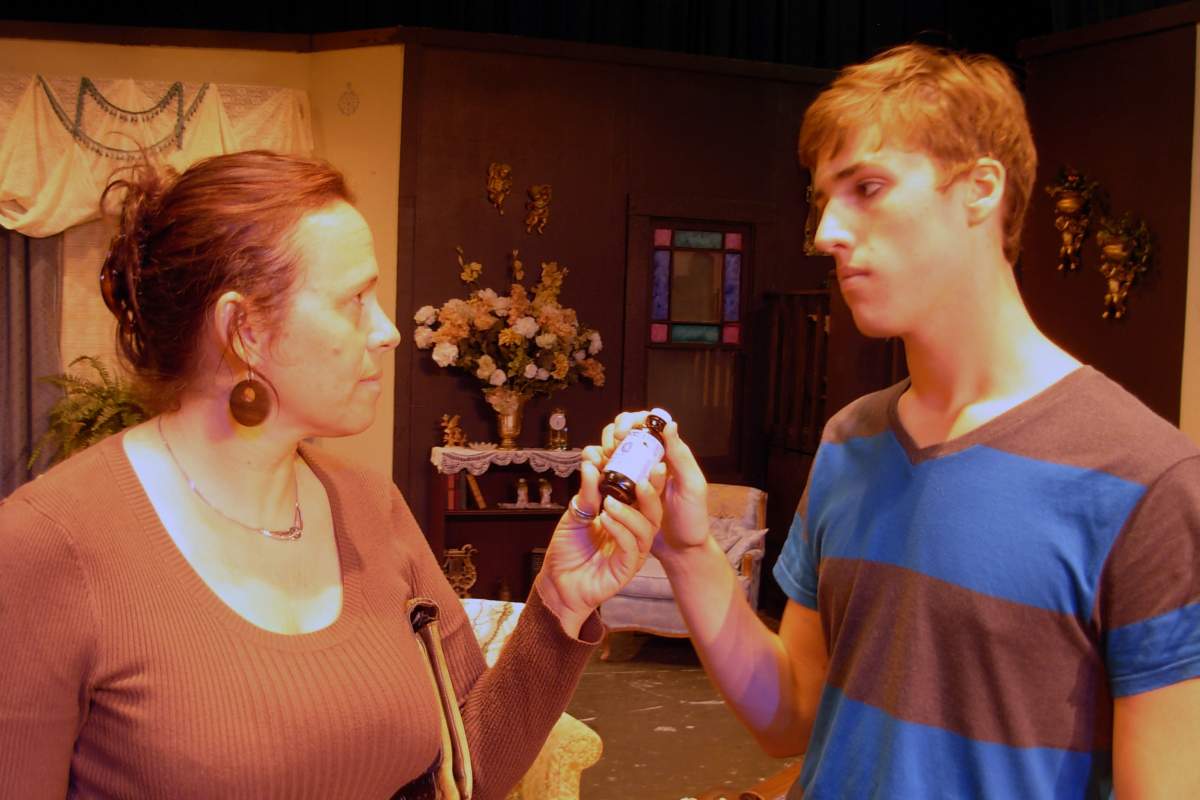 The premiere production of Maria Edwards Keeper of the House opens at the Little Theatre of Bedford.

Katherine is a mother who believes that she's entitled to an inheritance from her uncle and the inheritance isn't coming quickly enough. So she sends her son to live with the uncle to try to speed things along a bit. A problem is that her uncle only boards college girls. So her son Wendel has to become Wendy at least for a couple of weeks.

Playwright and Bedford school teacher Maria Edwards calls Keeper of the House "a melodrama, a play with music, and a  serio comedy." The production is a testament to  her creativity and willingness to collaborate.

As the producing director Edwards sought out the help of long time friend and Bedford Little Theatre veteran David Morthland. Although he's listed as co-director Morthland is quick to say that "She's definitely the director. I'm just trying to help her out by opening doors, keeping people off her back and helping to assemble a crew. I was very happy to do this."

Keeper of the House is in fact a musical and Edwards is modest about her musical skills. Again she sought help.  "I've written the words to the songs. I don't write music, so I needed to find a collaborator. I was asking literally everybody that I knew. Finally, I got a tip from a friend of my sister in law."