A Place For Film Interview - God In The Box At IU 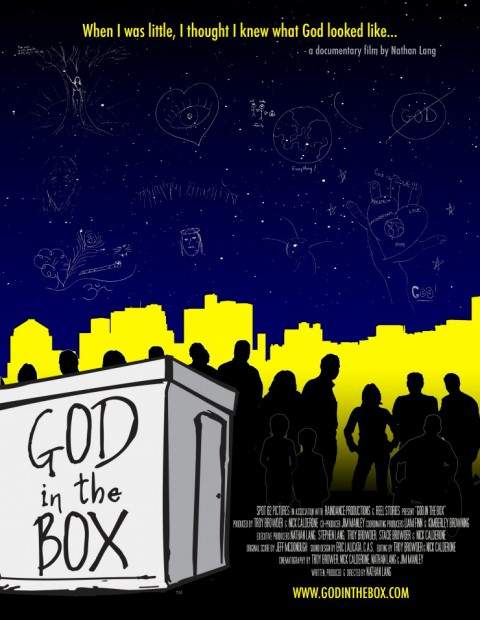 Interview With Nathan Lang, Director Of God In The Box

In this interview, we're talking once again with Nathan Lang, the director of the film God In The Box. Nathan is coming to IU along with the film and the Box the week of March 25th. This event is put together by a team lead by David Bloom, a student at IU.

The documentary film crew built a small box with a camera inside, and allowed people on the street to enter and answer two questions: What does God look like to you? and How do you define God? From a simple idea comes a fascinating film about people's inner thoughts on religion and faith, covering theÂ entire spectrum of belief.

Jason and I saw this film at Heartland last year and were both very intrigued. You can look back at our previous interview with Nathan about the film, and our review in our 2011 Heartland review episode.