Five Pieces To Be Thankful For 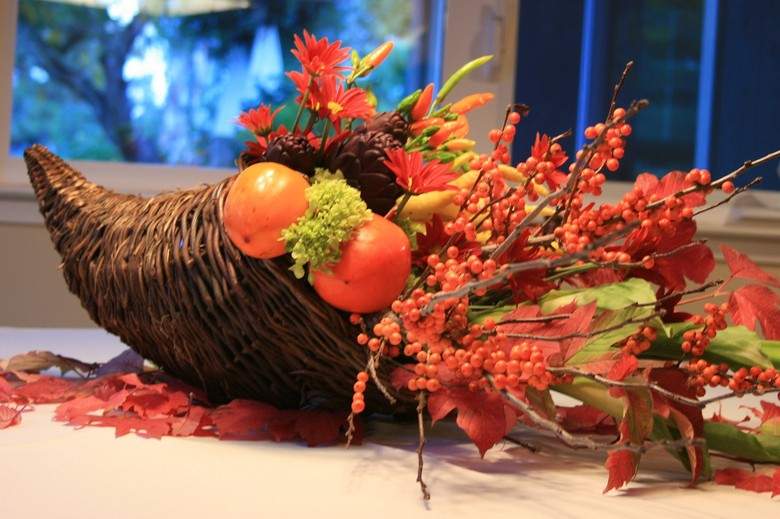 He may have been born in Brooklyn, but Aaron Copland had a unique ability to capture the richness of America's landscape in his music. Prairie Journal was the first of his works with a pastoral theme. (Others include Billy the Kid and Appalachian Spring, both of which are much more famous than the Journal.) Let the piece's opening transport you back to the scene of a farm seventy years ago, a gorgeous setting, where farmers, unable to sit back and relish the beauty, must work hard to put food on the table.

Symphonic composers, especially German ones, are usually drawn to huge subjects when writing their opuses. This is a world where Mahler's "Resurrection" and Beethoven's "Ode to Joy" reign supreme. In his "Domestic Symphony," Strauss portrays a subject tiny in comparison, but he does so with incredible vividness. In the final movement, Strauss commandeers the old fugue style to depict quarrelsome siblings, uncles, and aunts. He interrupts throughout with the husband's and wife's themes, each trying unsuccessfully to control the chaos. The madness is persistent but always lighthearted, just like the inevitable debates, story-telling, and laughter that erupt in any family gathering.

Giving Thanks And Praise

Copland's fanfare for brass and percussion exalts something people from all cultures and religion can agree is praise-worthy: the tireless labor of the common man and woman. The recurring fanfare theme, beginning in the trumpets, takes advantage of Copland's characteristic open intervals to create a bold, powerful statement. He wrote the piece near the end World War II, and its stability and hopefulness affirm Copland's faith in the American people, even during an era of great turmoil. (Author's note: Just as a "Tragic Music" playlist might be dominated by Gustav Mahler, Aaron Copland's works are tailor-made for a Thanksgiving playlist. Thus, Copland justly earned two spots on the same playlist.)

In this orchestral interlude from the opera Samson et Dalila, Saint-Saens sought to portray an ancient rite quite unlike the modern Thanksgiving dinner (although, who knows, your family may have unusual traditions). Nevertheless, the Danse Bacchanale evokes the sights and sounds, and, more importantly, tastes and smells, of a feast. The sensuous oboe cadenza that opens the piece draws you in like the first whiff of turkey as the platter is set on the table. Soon, dishes are passed around, and you begin to revel in the orgy of flavors. You think you may be full, and you relax momentarily. But the next thing you know, you are diving right back in to the mashed potatoes, and you are eating way too much. The coda of the piece is appropriately cataclysmic.

For anyone unfamiliar with the music of Estonian composer Arvo Pärt, now is the time to lay your satiated body down on the couch and have a listen. The tintinnabuli style he uses in Spiegel im Spiegel and most of his other works is slow and meditative, perfect for the post-feast "food coma." The piano arpeggiates major triads beneath a quietly wandering violin melody (played by a cello in some recordings) that expands in range at a glacial pace. The work may be repetitive, but the repetition is chant-like and captivating, not boring and redundant.