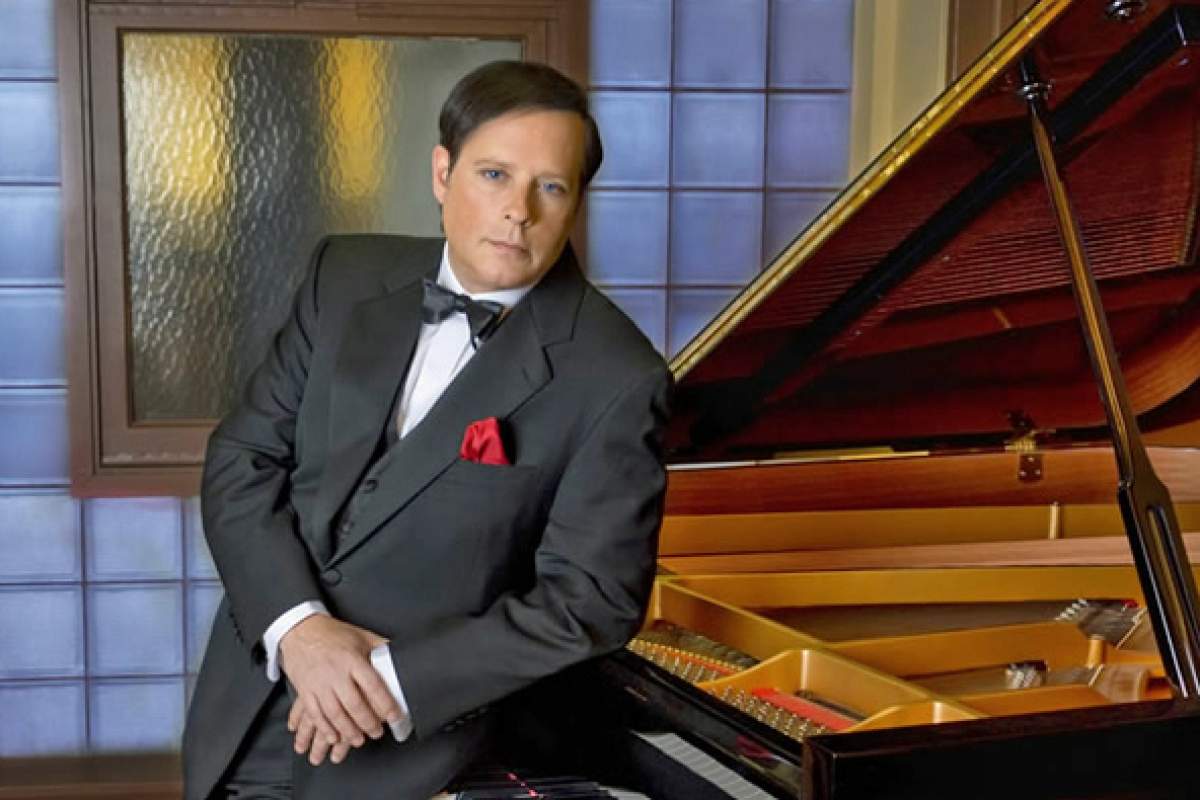 Pianist Michael Lewin is an active concert artist in the basic repertoire. He's also a creative researcher and assembler of collections. His latest album, Piano Phantoms, follows the very successful If I Were a Bird: A Piano Aviary.

Lewin talked about three of the eighteen selections for Piano Phantoms. Two were much influenced by the virtuosity of Franz Liszt. "Liszt has always been something I've been associated with," he says. "My career was launched by the Liszt Competition and my first recording was of Liszt. "

"Round of Phantoms" is by the obscure Russian pianist and composer Sergei Lyapunov. "Very nationalistic, a terrific pianist," says Lewin. "He was inspired by Liszt in many ways. Liszt was going to write twenty-four transcendental etudes, one for each of the major and minor keys, but he stopped at twelve. Lyapunov wrote a set of twelve for the keys the Liszt had not employed. The piece I chose was actually extremely difficult for me to learn and play. It's a very cool piece. It was great to be challenged like that."

"The Ghost Ship" by Carl Tausig also has a Liszt connection. "Tausig was a Liszt student, considered by many including Brahms and Wagner to have been his greatest student and that's saying something." The piece is based on a German poem about a gigantic black ghost ship coming up out of the ocean and battling with some homeward bound Nordic sailors. "Tausig magnificently depicts the stormy night and the battle with the ship and the sailors' homecoming. It's very much in the virtuoso big piano tradition," Lewin adds.

The last piece or set of pieces on Piano Phantoms is Robert Schumann's "Ghost Variations." "Just two years before he died, Schumann woke up from a dream with a theme that the thought had been dictated to him by angels," says Lewin." He wrote it down and the next day began work on two of the five variations. Schumann was in a troubled state and tried to kill himself by drowning in the Rhine, but he was rescued. Clara Schumann, his wife made arrangements to put him into an asylum. Schumann finished the piece, the last three variations before he went. It's a sad story and an otherworldly, poetic peaceful piece. It's not a virtuoso piece, but it's very special and I wanted to end the recording this way rather than with some big show piece."