Noises Off: A Lot Is Fishy...And It's Not Just Sardines 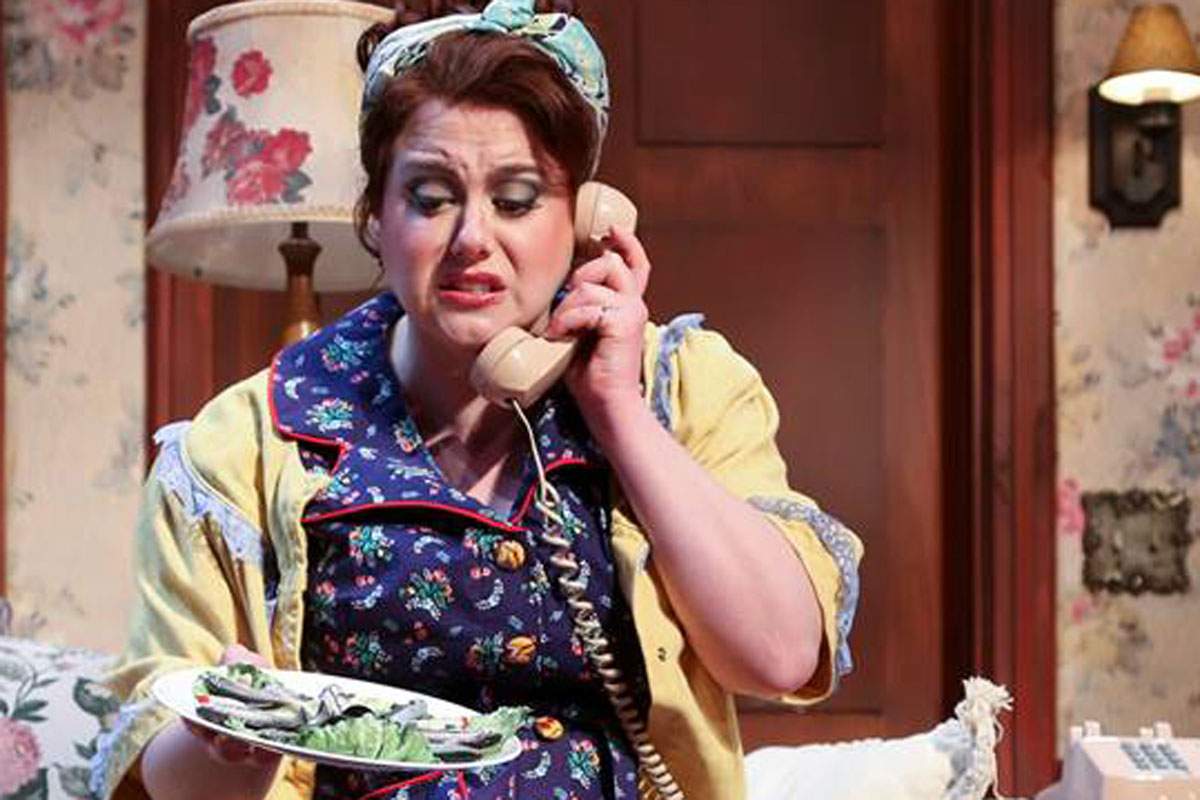 Just in time as an antidote to those typically Midwestern winter blahs, the IU Department of Theatre and Drama offers Michael Frayn's Noises Off in a maddeningly complicated, but eventually satisfying production directed by Murray McGibbon. I got a sneak peak at the final dress rehearsal.

The show opens as a down at the heels English company has its final rehearsals for a tired sex farce called Nothing On.  The show looks as if it is headed for disaster. Cues are missed. Lines are forgotten the wrong doors open and close. A key actor is missing.

Part of the evening's fun is that included in the program we have a detailed playbill for the farce complete with fictional biographies of the cast and fake ads for non-existent products and services.

Despite the chaos of the rehearsal, we get a general outline of the plot. A couple sneak back to their country home from self- imposed tax exile in Spain. Meanwhile the estate agent is seeking to use the home for a rendezvous. Add to these couples a confused housekeeper and an aged burglar and you've got the sextet for the chamber comedy.

For the second act of Noises Off, scenic designer Kevin Nelson's set is rotated and we watch the show play out from back stage. Some of the problems in the rehearsal have been smoothed out, but not all and to the audience's continued laughter new ones crop up. There's a brief pause and the final act presents the company near the end of its run and near the end of the patience of all involved.  By now the audience is fully prepped for the plot, the characters and the likely gags, but there are still plenty of surprises in Murray McGibbon's production and the laughter became simply explosive as gag built on gag.