Michael Van Vooren's "A Night": Love And Loss In 110 Words 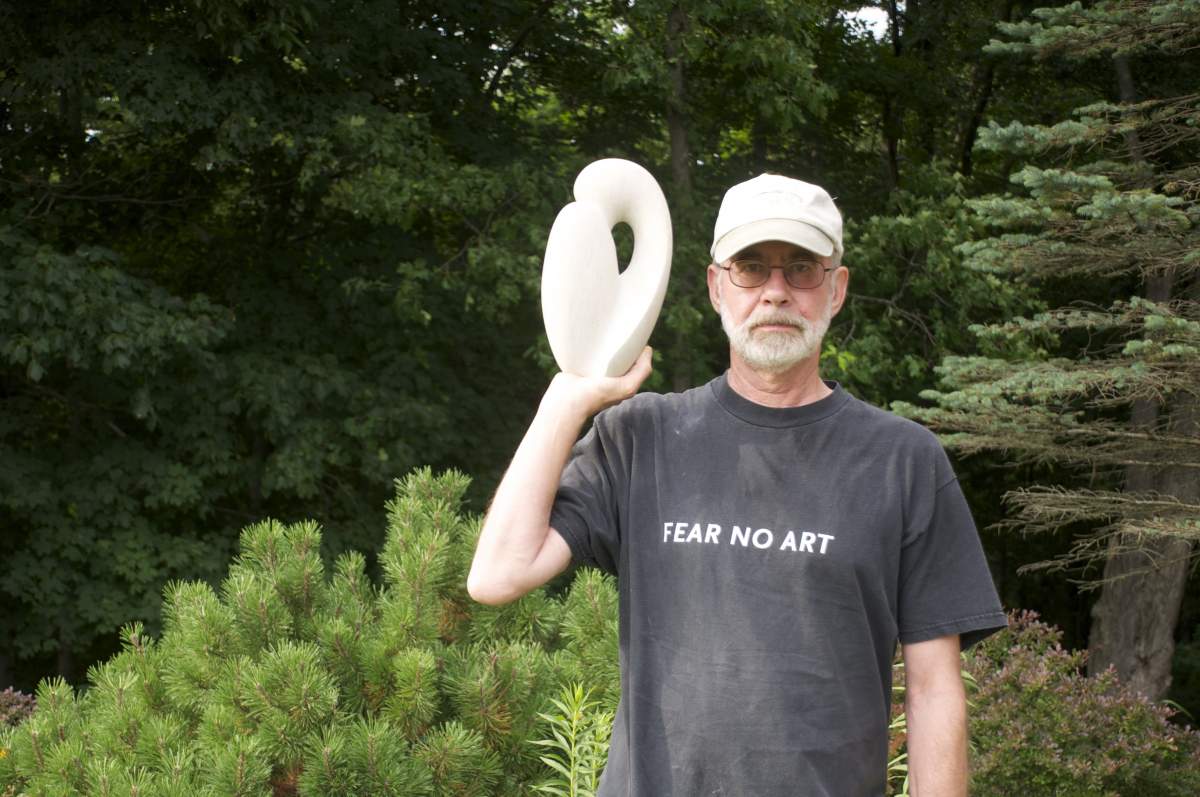 Michael Van Vooren's got a nasty art habit. At least, that's how he likes to put it. Van Vooren, who also called himself a "jerk of all trades," has been a resident of Bloomington since 1974, working in various fields - including jobs ranging from carpentry to academic advising - in order to supplement his work as an artist.

Although Van Vooren recently won one of five spots in The Ryder magazine's July issue, which was devoted to highlighting local fiction writing, he primarily works in visual art as a sculptor, and also describes himself as an amateur musician. Yet he's a voracious reader who likes to dabble in writing, and he doesn't consider his pursuit of various art forms as all that unusual.

I think everyone is an artist. The people who actually produce work are just the ones who aren't afraid to make the first mistake.

"I think everyone is an artist. The people who actually produce work are just the ones who aren't afraid to make the first mistake," Van Vooren said. "I don't make much distinction - it's all self expression. If you have the type of sensibility that leads you to making one form of art, you can easily translate that into another form."

Van Vooren says he has always been the type of person to make that first mistake, always willing to take the risk associated with putting his art out there. He enjoys pushing the limit with his various crafts. Even in his story for The Ryder, he subverted expectations with the length of his storyits word count totalling only one hundred and ten.

"The Ryder stipulated that the piece couldn't be longer than five thousand words, so being the wise guy that I am, I took the short fiction assignment very literally, and tried to work it to the maximum, or, in this case, to the minimum," Van Vooren said.

Van Vooren admitted it was a challenge to convey all the nuances of plot and character in his piece of micro-fiction, titled "A Night". He called his editing process brutal and ruthless. For Van Vooren, producing art often serves as a personal outlet, but he also sees it as a way to express his gratitude for life.