Singing Your Song In A Wired World 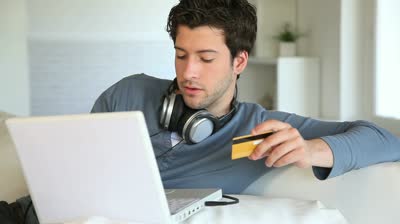 The Internet â€“ especially social media - is becoming increasingly important in most industries â€“ like the music business. Monika Herzig - a lecturer at Indiana University â€“ spoke about the close connection between the Internet and the music industry and the particular effect on the management aspect of the business.

"Traditionally, it was kind of a straight forward line: You have the artist, [the] artist makes a product, gets it to a label â€¦ and the label gets it to the listener.", Herzig explains. However, using the Internet enables the artist to connect to directly the listener. "It's more of a wide-open playing field now."

Traditionally, it was kind of a straight line: You have the artist, [the] artist makes a product, gets it to a label â€¦ and the label gets it to the listener. It's more of a wide-open playing field now.

While links such as record labels are becoming less important - since anyone can publish an artist's music online now - managers are taking over responsibilities that labels or booking agents used to take on, and becoming more important than ever.

Yet there are some more apparent changes when it comes to print media. Instead of using press releases or magazine interviews to share an artist's views, the artists themselves simply tweet what's on their mind. And so do the listeners.

"The news media works totally differently right now. It's not the press release anymore." The listener is more involved than ever. They state their opinion online and thereby provide headlines for the print media to take on. Considering the rule of thumb that "any press is good press", this development is obviously helpful for established artists.

Emerging artists also value social media for the potential it offers to be heard by enough people to get a record label's interest. What's more, being signed to a label is costly, while the use of social media platforms is free. So what could the negative aspects be?

Stuck In The Middle (Market)

Previously a "Genesis' Greatest Hits" Album could still be found in the CD racks of a supermarket or electronic store "just because there was space, and someone would pick it up, because they remember Genesis." But since people buy music primarily online now, that shelf space is disappearing. And people rarely look for those "middle market" products online, which is why "middle market" artists suffer.

Also the online music streams don't pay off for most artists, since "the amount [they] get per stream is 0.0007 cents. So it's these little streams and [they] need a lot of them to make any substantial amount of money." But even those possibly minor amounts from a variety of income streams need to be managed. An artist might need to hire someone to take care of all those social media accounts.

On The Stream Without A Filter

And consider, Herzig added, how overwhelming online offerings can be for a listener: "Traditionally, â€¦ everything that was available in a store [or] on CD â€“ you were told that's the good stuffÂ that you should get and there's no other choice." Now any artist can publish their music, so you can find anything "from really good to really bad and everything in between and a lot of it." While record labels used to filter out the "good stuff" and present it, the listeners now "have to filter [out the good artists] themselves".

But with up to 9,000 Tweets per second and one hundred hours of video material being uploaded to Youtube every minute â€“ how could any young musician stand out? Be unique, "create a product that sticks out", "really take a hard look at what you do â€¦ and â€¦ [whether] is it the best it can be".

While making so much entrepreneurial effort, it's easy for a musician to lose her main focus, Herzig concedes. Nevertheless, a musician's main concern should still be making good music and playing good concerts.

After all, you're not selling a truck-where it's all a numbers game. Â You're selling art.