"Murder Ballad:" We Know What, But Wonder About Who? 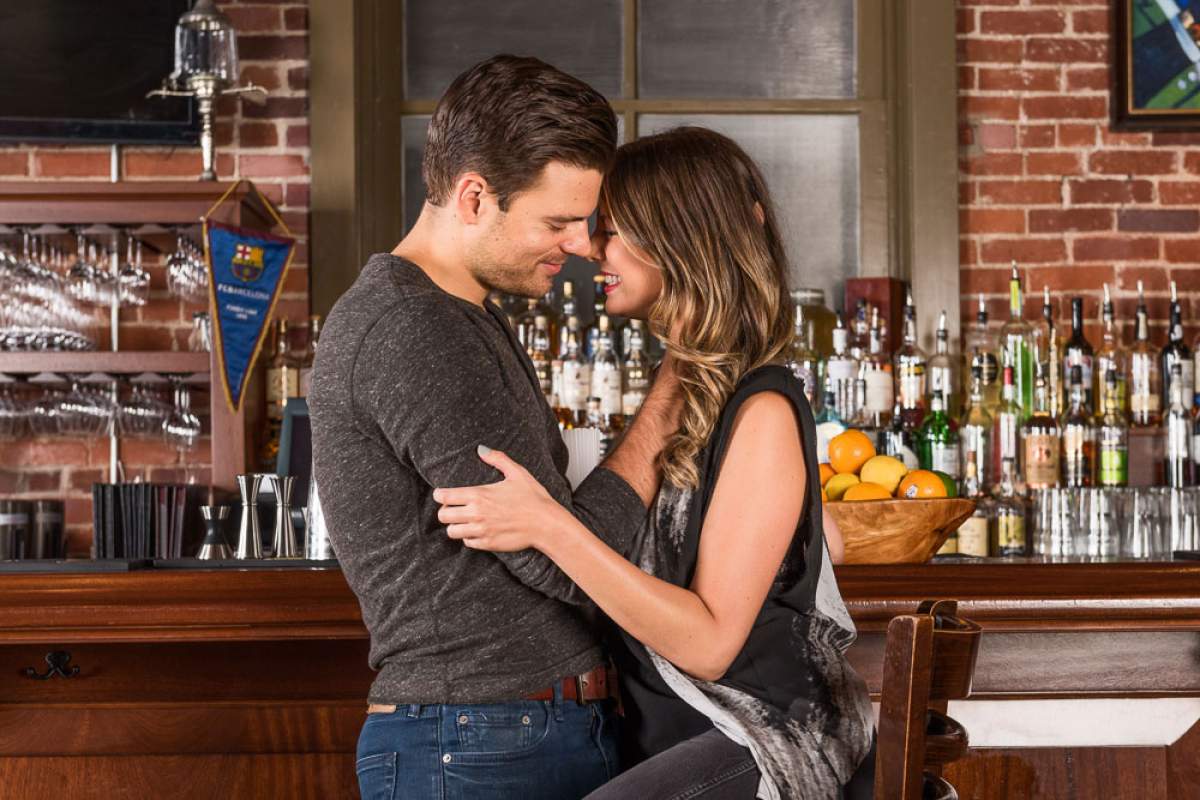 As you enter the upstairs theatre of the Ivy Tech John Waldron Arts Center Auditorium for the Cardinal Stage Company's Murder Ballad, your first sight is of a pin ball machine on your right. To the left is the bar. It's a hefty piece with the usual back lit liquor bottles and a good sized mirror. There's a pool table up ahead. On the right is a cramped band stand.  Scattered around the room are two top and four top tables. The place is dark. The lighting is low. It has a nice crummy feel.

If you're like me, as you sit with your preshow drink admiring the décor. You're wondering how in the world Cardinal's crew got designer Lauren Helpern's bar and pool table up to the theatre and where in the world they got all the authentic looking pressed tin for the wall.

Juliana Nash and Julia Jordan's Murder Ballad had a very successful off Broadway run in 2013. It's a tight eighty minute sung through rock piece with a slight hint of country. Right from the beginning narrator, Annelise Cepero tells us that someone is going to be murdered and as the evening goes on everyone seems like a likely candidate.

The fragile Sara, Shaina Vencel, leaves Tom, Will Skrip, the muscularly charming bar owner because he won't commit. As Sara wanders off, she quite literally bumps into the sympathetic, poetry grad student Michael, Donterrio Johnson. Michael's kindness and caring turns to love, an MBA instead of a PhD for him and a baby for them. At first they share delight in the child. But as the baby grows and goes to school full time, Sara has time on her hands and wandering thoughts on her mind.

Cardinal's production of Murder Ballad directed by Randy White is a dark and unrelenting piece that offers only the briefest moments of respite. Except for Michael, and him only sometimes, the characters are pretty repellent. The excellent band led by Brian Samarzea does a fine job with the basic rock score and the singer actors are more that up to the music.

Sara's wandering takes her back to Tom's bar, and what were just wandering thoughts turn into an affair. Michael finds out. Tom is now ready to commit and the usually mild Michael is ready to fight. By now we're thinking that Tom may kill Michael. Michael may kill Tom or maybe one of them will kill the adulterous Sara. Who does what to whom, came as a surprise and I'm not telling.

The Cardinal Stage Company's production of Murder Ballad upstairs at the Waldron plays through July 3.