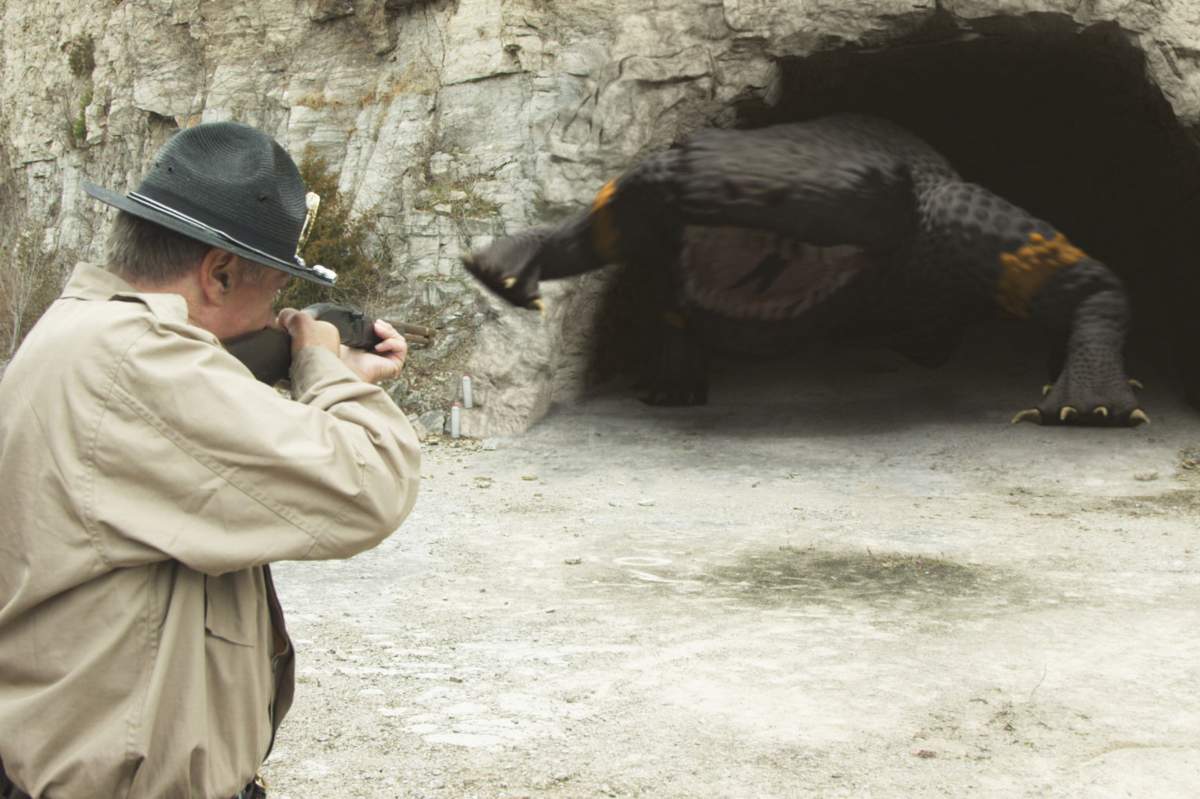 Film maker Jim Wynorski has a love affair with old B movies. "I remember as a kid seeing The Giant Gila Monster on TV and thinking, some day I'd like to remake that."

Wynorski enlisted Franklin, Indiana, resident Bill Dever. "I love these old films as well and I was thrilled to be working with Jim. Johnson County offered some great locations and people who aren't jaded about helping out with a film."

One of the unjaded people that Dever contacted was area actor Gerard Pauls. "Actually, I met Bill three or four years ago through an ad for an earlier film," says Pauls. "Since then I've done several projects with him and Gila!  is simply the best. I play a doubting curmudgeonly figure who eventually actually picks up a tommy gun. It's a lot of fun."