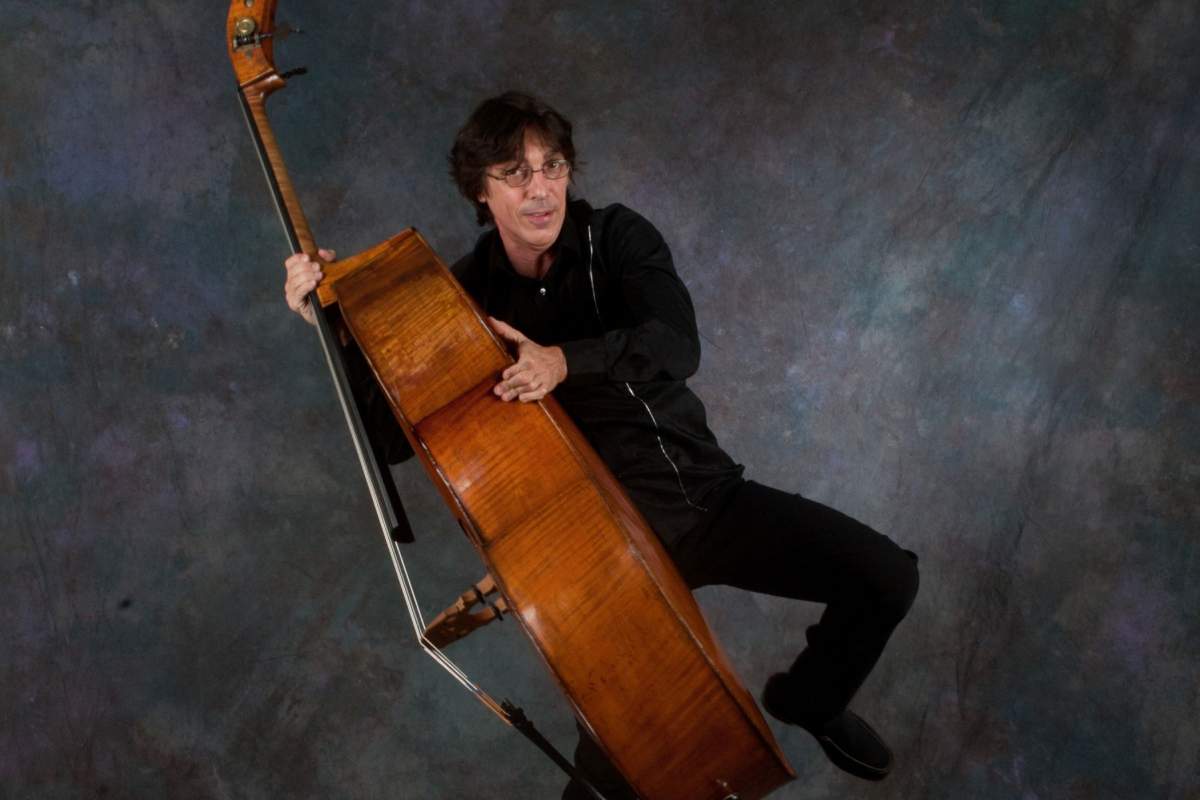 Double bassist Robert Black has been doing research over the years collecting music for his instrument. His new double CD is titled Modern American Bass.

The first CD follows the music up through what he calls "the explosion of the 70s."

On that first CD, Black is accompanied by pianist John McDonald. It includes Johanna Beyer's "Movement for Double Bass and Piano." Says Black, "It's from 1936, the earliest American solo piece that I can find. Beyer was an assistant with Henry Cowell. She worked in a kind of modern American experimental tradition, so although the date is the earliest, I've placed the piece last on the CD."

Other pieces from the first part of the century include a very mainstream work by lutenist Joseph Iadone; a fascinatingly beautiful work by film and TV composer Jerome Moross; and a lovely, lyrical piece by Quincy Porter.

Pieces on the second CD date from 1969, the date of Jacob Druckman's "Valentine." "It was a very graphic, experimental score," says Black, "a kind of catalog of extended technique. I think that the Jacob Druckman represented a turning point in the consciousness of composers and how they deal with the instrument."

Although Black says that he "feels pretty strongly about all of the pieces on the second CD of Modern American Bass," he does admit to a special affection for Barney Childs' "Sonata for Bass Alone." "He's a very interesting, lovely composer who has somehow fallen off the radar. And this piece is probably unknown, even to most bass players."