Of Mice and Men: Steinbeck's Microcosm Of Humanity 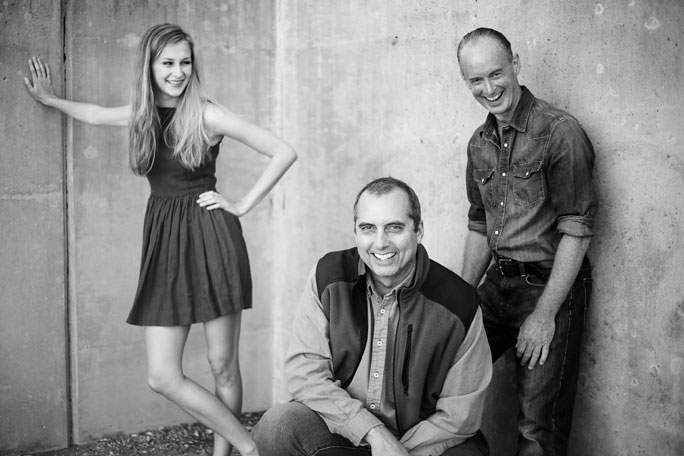 Of Mice and Men by John Steinbeck is from the Cardinal Stage Company's Randy White's bucket list, plays that one simply has to see. It's also fitted to IU's themester on work.

George and Lennie are an unlikely pair of farm workers following the harvest from farm to farm in 1930s California. The work is hard and lonely, but the two are sustained by the fragile dream of a little bit of a farm, an American Eden. George, Mike Price, is the smart one…the spinner of the web of the dream. Lennie, Robert Neal, is a mentally challenged gentle giant, the essential audience and believer for George's dream. In Steinbeck's world of lonely people they have each other.

George's dream is infectious at the ranch. When Candy, Ken Farrell, the old disabled worker hears of the little house, the few acres of market garden,  and the cow who's milk is so thick with cream that it has to be cut with a knife, he's ready to add his life savings to the project. Even Crooks, Drew Davis-Wheeler, the cynical African-American is drawn into the project. Others in Steinbeck's novella also have dreams. The boss's son's wife, Mia Fitzgibbon, has fragile hopes of acting and even starring in the movies.

Cardinal's production is very nicely done. C. David Higgins' outdoor rock strewn river scene looks real, and the bunkhouse and Crook's room are roughly and richly detailed. Ellen McKay's costumes from the rough garb of the ranch hands to the classier look for the boss's son and the dresses for his wife seem just right. The widely ranging music from the period for the interludes and the backgrounds add to the overall effect.

Ken Farrell gives a very moving portrayal of the old, now one handed, farm worker who fears that soon he'll be turned out and "on the county." Drew Davis-Wheeler makes much of the bitter Crooks, banned to books in his own room from even the basic fraternity of the bunkhouse by his race. Brandon Wentz did a nice job with the role of the job-wise Carlson. Stephen Shore was a sunny figure as the magnetic long line skinner, Slim. Zack Decker was the pugnaciously predatory boss's son, Curley. Mia Fitzgibbon was effective as his bored and almost accidentally tart of a wife.

At its heart, Of Mice and Men is the tale of two farm workers who come to a ranch and what happens there.  Today those farm workers are likely to be Hispanic, with some of the same loneliness and even more threats. Mike Price was moving as George, bound to Lennie almost by accident and then by the pairing of their skills and his growing need for an audience for the dream. Robert Neal as the simple, needy, forgetful Lennie was always focus of his scenes, the central actor and reactor even when just observing. Right at the beginning Lennie says that the difference between them and other lonely people is that he has George, and George has him and right through the final movingly compassionate moment in the play, they do.

It's Steinbeck's characters in Of Mice and Men and the compassion that he feels for them take me back to reread the novel and they're very much on stage for us here.

The Cardinal Stage Company's production of John Steinbeck's Of Mice and Men at the Buskirk-Chumley Theatre continues through September 20th. At the theatre for you, I'm George Walker.