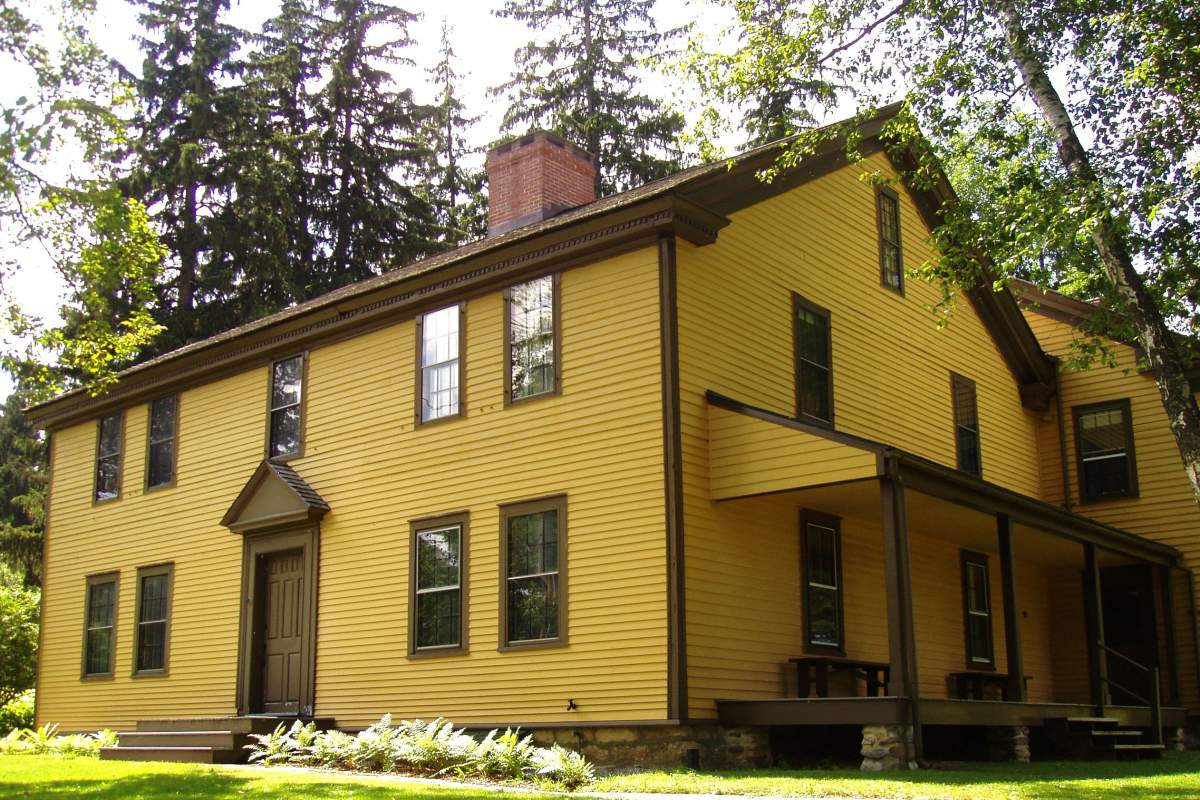 In the late 1840s, Herman Melville was on the threshold of a great career. His first two novels had been met with critical and financial success, and audiences craved his tales of life among exotic tribes in tropical locales. But something happened in 1850 and 1851 to derail Melville's life and career, even as he was crafting what would become an iconic American novel: Moby Dick. Indiana State University Professor of English Michael Shelden has written a book about it called Melville in Love.

Shelden says scholars have long puzzled as to why Melville spent 13 years in the Berkshires of Massachusetts, away from the literary scenes in New York or Boston. Many have speculated that Melville wanted to be closer to the literary lion Nathaniel Hawthorne, who lived about six miles away from Melville's farm. But Shelden says the real reason was Sarah Morewood, a bright, vivacious 27-year-old married woman, who lived a mere six minutes away. Morewood and Melville crossed paths while both were vacationing in the Berkshires at the home of Melville's cousin, who had converted the property to a vacation boarding house. Melville and Morewood met in the summer of 1850, and, Shelden says, for Melville it was love at first sight. According to Shelden, it's not just a physical attraction. Melville found in Morewood an intellectual companion he didn't have in his wife, Lizzie.

Shelden says the affair between the two took off just as American literary circles were becoming obsessed with the topic of infidelity, with the publication of Nathaniel Hawthorne's The Scarlet Letter. He says the couple courted Hawthorne's insight into what Melville termed "the mystery of sin."

Even as Sarah and Herman exchanged gifts and love letters, Shelden says Melville was hard at work on the epic story of the great white whale. Melville labors on the novel for a year, finally finishing in the late summer of 1851. Within days of its completion he and Sarah celebrate with a hike into the wilderness, a trip he says dispels any doubt as to whether the two were linked romantically. the writer spends an overnight trip into the wilds with Sarah, while his seven-month pregnant wife sleeps alone at their home, 15 miles away.

But Melville's relationship with Morewood, and specifically the trip up Mount Greylock after the Moby Dick manuscript was completed, would prove fatal to Melville's literary aspirations. Two brothers, Evert and George Duykinck, were friends of Melville's, and influential in the literary community. They didn't approve of Melville's affair, and their disapproval doomed Melville's novel. The effect of their literary attack was immediate. Moby Dick, while garnering other, positive, reviews, was an immediate and resounding failure. But Sarah was determined that Melville would be recognized for his achievement, and that led to the scene with which Shelden begins his book.

After the failure of Moby Dick, Melville began almost immediately on his next book, in a frantic effort to save his reputation. But the novel that resulted-Pierre, or the Ambiguities-did even worse than Moby Dick. According to Shelden, where Melville's passion for Sarah had given energy and power to the story of Ahab's hunt, the author actually used his love affair as a plot point for Pierre, but changed the sin of adultery to the sin of incest. It was a dismal failure, and prompted some critics to contend that Melville had literally gone insane. At this point, Melville largely abandoned writing fiction. Melville's literary life was at an end, but Sarah continued to thrive.

The month that Sarah died, in October of 1863, Melville moved his family away from the Berkshires, and settled in New York City. At the time of his death in 1890, at the age of 72, Melville had been working for decades as a customs inspector. He left one manuscript on his desk: the novel Billy Budd. It went unpublished for another 30 years-after being discovered in his granddaughter's attic by a graduate student doing research for a biography. The only award Melville would ever receive as a writer would be a crown of laurel leaves, presented by Sarah Morewood on Christmas day, 1851.