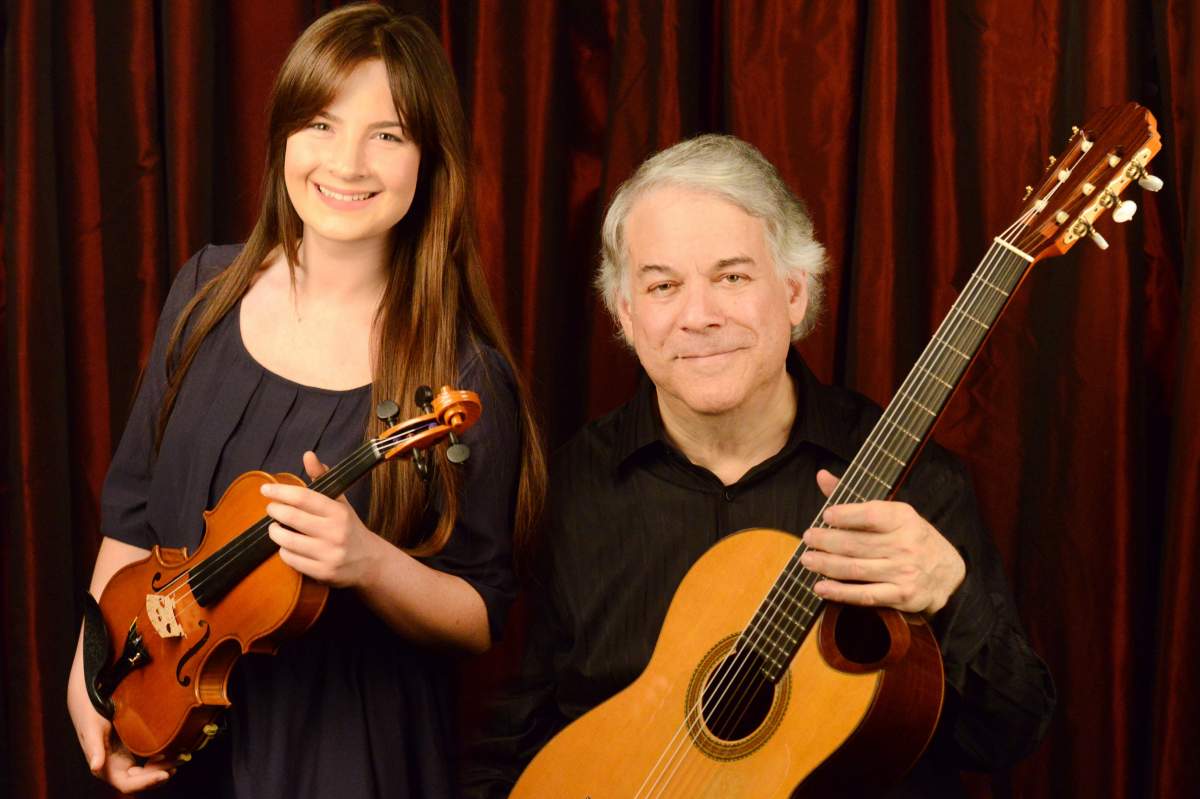 Guitarist David Starobin has a long relationship with composer Mauro Giuliani. "I've been playing his music, starting with the student pieces for most of fifty years." Starobin goes on to talk about the choices for this album "I really do feel that Giuliani's chamber music with violin and with piano offers the finest pieces that he wrote. I was very happy to enlist violinist Amalia Hall and pianist Inon Banatan to show just how true this is."

We asked Starobin about what sort of person he imagines Giuiliani was, based on the music that he left. "Well, I'd say that he was a careful person, not necessarily flamboyant. His guitar pieces are full of difficult and virtuosic elements for which he was justifiably famous. At the same time there are the simpler pieces crafted for students."

Starobin feels that a key influence on Giuliani were the years he spent in Vienna. "It was an incredible time. Beethoven, Hummel, Webern were all in this town of just fifty thousand people. Giuliani was friends with, played with and even composed with the major figures of the late classical and early romantic period."

This focuses on instrumental music but Starobin feels that Giuliana was also very much influenced by opera and vocal music. "He did write vocal music. He loved the music of Rossini and wrote a set of suites that incorporate themes from his operas."

Since Starobin's first album of Giuliani was for solo guitar and the second for the chamber pieces, we asked if the third might be "Giuliani Sings." Starobin laughed, left us with a wry "Maybe?"