Matisyahu: Out Of The Head, Into The Heart 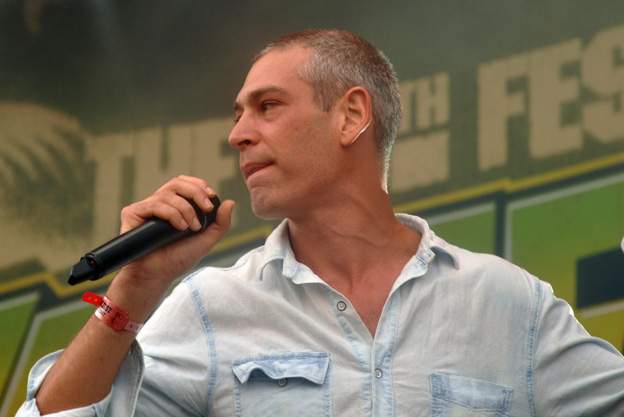 When Matisyahu arrived on the musical scene a decade ago, many people regarded him as a novelty act. Here was a guy dressed in Hasidic garb – black suit, full beard, and yarmulke – just as serious about Orthodox Judaism as he was about exploring his love for reggae and hip-hop. In the last few years, though, both his physical appearance and the sound of his music have come to reflect a newfound austerity and an unexpected turn on his spiritual journey. In advance of his appearance on the Serendipity Festival in Cloverdale, Matisyahu spoke with WFIU's John Bailey.

A number of the songs on the new album sound unusually stripped down.

It was the right time for this record because the metaphor of shaving, of stripping back, of trying to get to the core of what is important, why did I do this, why did I become religious in the first place, what was I looking for. Getting rid of all the excess, and that's shone through the music on this record. You know, it's about stripping it back, trying to take the ideas and get out of the head and bring it down into the heart.

Your new album is called Akeda. What inspired that title?

Akeda typically is the story of Abraham hearing the voice of God and taking Isaac up the mountain to sacrifice him. And in most religious circles it's looked at as kind of a glorified deed, that he doesn't question God, and he just goes and does it. And this record is about questions, it's not about answers. And just looking at it from a different perspective, the idea there is sacrifice. And sacrifice is definitely a major theme on this record and in my life the past couple of years.

I understand "akeda" is Hebrew for "binding."

The binding of Isaac.

The binding of Isaac for sacrifice. Do you feel as if you have been bound or freed in the last couple of years since your last album?

Yeah, I would say there's definitely a theme of freedom and redemption. Going through the process of getting out of the ideology, the religious ideology, allowing myself to come out of that and make my own decisions, my own choices, about my own life, has definitely been a freeing and redemptive process. This was an ongoing process of evolution. I was able to get to the point where I was able to reintegrate myself. And then there was a moment where I was able to make that shift and say, no, I am going to think for myself and make my own decisions about my own life. And that is the moment when I shaved and when I started reclaiming myself.

How did that feel in the moment?

Well, it was intense. It was a very intense process for me. And, uh, very freeing, also, very exciting. And then there were a lot of pitfalls as well. I was keeping a lot of these doors closed because I was afraid of what I might run into as a musician being out there, and I ran into those things. And I've struggled with addiction, I've gone through a divorce, and it hasn't all been just rainbows and running through fields and feeling free. It's been a struggle for me. But I'm feeling strong right now and I'm feeling good about things.