Mat Alano-Martin: Laughing All The Way From The Trailer Park 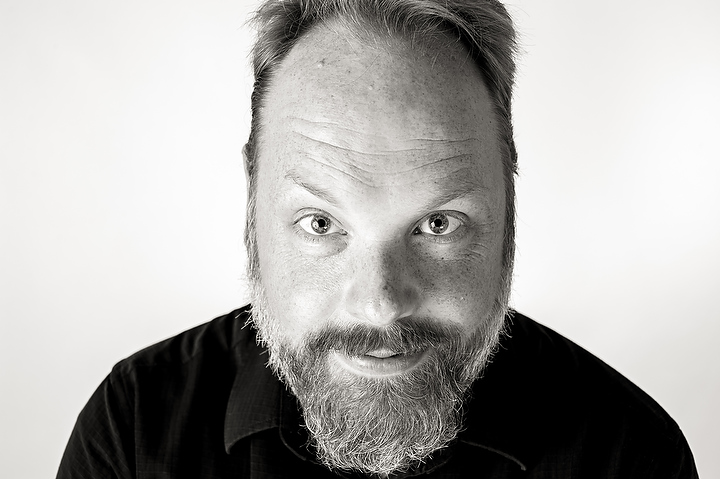 Mat Alano-Martin is a traveling comic who debuted his first comedy album, "Profiled as Such," in Bloomington, Indiana in October 2014.  A singer-songwriter turned comic who revisits his rural upbringing with his progressive sense of humor, Alano-Martin also produces a podcast, "Strangers on This Road," which has featured such guests as Marc Maron, Tim Meadows, and Erin Foley, among other established and up-and-coming comedians.

Having started his comedy career a little later than the average comic, Alano-Martin did not take the stage until the age of 35. Debuting in a town where most of his audience was likely to be college-age, Alano-Martin was very intentional about the timing of his first open-mic.

"I specifically picked the Spring Break week of the open-mic so that I'd be performing mostly in front of my peers as opposed to a lot of college kids," Alano-Martin recalls. "Because most of the jokes I was making were about being older in a college town and that sort of weird dynamic."

Alano-Martin has been at stand-up for six years since that first time he took the stage at The Comedy Attic in Bloomington. Since then, he has been perfecting his craft on the regional comedy circuit, developing a lot of self-reflective material that makes his debut album feel personal.

My mission talking about growing up in a trailer is to give an unrepresented view of that experience...[instead of] painting them all as these kind of inbred yokels.

The Personal Can Be Political, And Funny

Alano-Martin's material isn't necessarily political, but he doesn't shy away from the social issues that formed his comedic voicesuch as growing up in rural America.

"My mission talking about growing up in a trailer is to give what I feel like is an unrepresented view of that experience. Because in comedy it's either people making fun of people in trailer parks and bashing on people that shop at Wal-Mart...and just kind of painting them all as these kind of inbred yokels," says Alano-Martin. "Or the opposite side of it is this sort of celebration of all thatlike, 'I'm a redneck'. And neither one of those is very representative of my upbringing. And so I try and give a more honest view of that," explains Alano-Martin.

Ultimately, Alano-Martin is a comedian, and hopes to make people laugh. To stay relevant, it is also important to open the audience to different perspectives of the world.

"It's very easy when you start off comedy just to write jokes that only your friends will like, or people in this exact same sort of social setting, or age group. I think to be a great comedian, you have to not pander to the masses, but find a way to make your story relatable."