Limestone Wants To Move The Needle On Diversity In Stand-Up 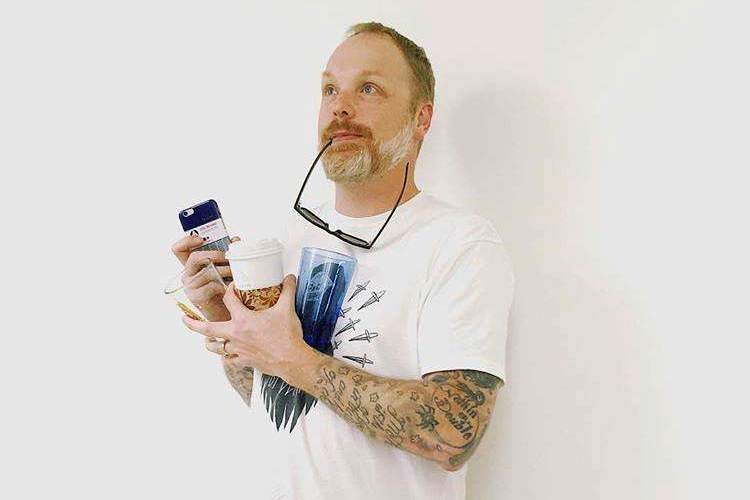 The fourth annual Limestone Comedy Festival kicks off tonight in Bloomington. More than 60 comedians will perform at five different venues over three days.

Mat Alano-Martin is on the list of feature performers. He's also one of the co-founders of the festival. He's made Bloomington his home base as he makes a living as a traveling comic.

Annie Corrigan: When you and Jared Thompson of The Comedy Attic started talking about this crazy idea of a comedy festival, tell me about the factors that led you to believe that Bloomington would be a good place for something like this?

Mat Alano-Martin: Well, there are so many factors. First and foremost, and I say this all the time because it really is true Limestone Comedy Festival would not exist without the Comedy Attic. They had already proven that their model worked and there was a demand for it. They had also, in the first five years of their existence, had made a name for themselves not just regionally with comedy fans, but also nationwide with the comedy industry. Comedians wanted to come to Bloomington to work the Comedy Attic. Understanding that both of those sides of the coin existed, it really didn't feel like that much of a risk to do a festival.

AC: I took a look at this year's performers and I noticed some things. Half of the headliners were women, but still the majority of comedians were white and cisgender. Take us inside the process of selecting comedians for the festival.

MAM: Yeah, there is a serious issue of misogyny and sexism in the comedy industry. There is this persistent lie that women aren't funny. That's a thing that, even today, we have to deal with.

MAM: Or men won't find women funny. We're in a position where we can maybe influence that conversation and move the needle a little bit. As far as gender identity or sexual identity, that's a little bit harder. The majority of comedians doing comedy in America are straight white men. That is the truth of it. And so we're just trying to undo some of those barriers. On the feature level, a lot of it comes down to who submits. But I will say that by actively booking female headliners and booking openly gay headliners, it definitely sends a message to the rest of the comedians in the country, ‘We want your voice to be heard here. We are a welcoming place for your comedy.' As two straight white dudes running a festival, Jared and I understand that we have that responsibility. The festival has to be as good as possible, but then secondarily, we also have to make it as diverse as possible. Because that's also just better.

AC: Several of the features and emcees have Bloomington ties. You've proven that you can build a comedy career while being based in Bloomington. Let's say an up-and-coming local comic comes to you and asks for advice on taking their career to the next level. Do you tell them to leave?

MAM: Yeah, that's my basic advice to younger comics, if I feel like they have potential. I'm not going to send someone off to the lion's den if I don't feel like they're genuinely funny. I definitely encourage them to go, because in a major market, they're going to be seen.

MAM: Any major market, where it's going to be harder to make a splash. It's going to be harder at first to get up on stage because you don't know anybody, or the types of stage time you can get is really really bad. Bloomington is amazing. It's a great place to live. I'm very happy with my career and that I do have a house and I am married and I do have roots here, but it also means that larger opportunities are going to be a little bit trickier to come by.

AC: For you, the concept of a big break. What would that be?

MAM: Well, I think this is it. Profiles on WFIU. It's all downhill from here.

Listen to the complete conversation on Profiles.