Manhunt at the Bloomington Playwrights Project

The Bloomington Playwrights Projects Manhunt is a mystery in a box I'm George Walker. Our guests are the actor Marcus Kerns and the production manager Erica Johnson.

George: Marcus, tell us a little bit about your background.

Pretty traditionally in theater, you know, did t in high school did it in college and then I found my way to a regional theater in the Berkshires in western Massachusetts. And that's where I really hit my stride and I toured as a performer I performed on all of their stages. They have multiple stages there. I spent a number of years there, kind of fine tuning my craft both as a performer and as a theater technician, because my whole idea was between the clean white glove of performance and the you know, the leather glove of production. If I can wear both, I can do it all, so I'll always find a job.
That is where I met my, now wife and we made the trek to New York City together. I learned very quickly that being a performer in a small kind of destination place in western Massachusetts is a lot easier than it is in New York City. I kind of fell into doing a lot of production work as well do, acting gigs every now and then. Paying the bills as an assistant productive.

George: Marcus in this zoom production. Are you in a green box?

We do use a green screen for one of the shots, but there actually is set that was built that I get to act in front of as well. There being a physical set is a real treat for a performer. Where you're walking on stage and there's a set, so there's a physical thing you can interact with. With the green screen. It's a little bit tougher. you can't always see what the world around you actually looks like.

Well, we both live in New York City and I am a lighting designer. At least that's what I went to school for. And on this show, I'm really a computer technician and a lighting designer and a camera operator. And all kinds of stuff. So,I think a lot of work... It's a lot of stuff we're not used to in theater.
George: What sort of things that you're not used to in theater are you working with Erica?
As designers sitting and watching a show on stage from the audience, you're looking at the way the light is hitting the actor, how they sound in the space. What this set looks like? What the atmosphere is like. But when you're doing a show for camera, none of that matters. I do have experience in TV which definitely comes in handy for this. Then you look at the little, tiny camera screen and you're like, oh. That looks completely different. That's the fun challenge of this kind of show for all of us who do Theatre regularly. It's not what we're all used to, that's for sure.

George: Marcus in the portrait for Manhunt. There's a girl. Tell us a little bit about her.

I think that's the ad for the box. This show is actually just me. There are 4 characters, right? That I have some engagement with. Yeah, I am the only performer.

Erika: You will not see another human on this show.

George: There is not another human?

Marcus:, Yeah. there is. There is a character called Charlie in the script that shows up, but he's in artificial intelligence.

Marcus: And I think that's really important since it is over zoom. We have to find a way to really engage with you. And then we kind of double down on that as well by having the box there.

George: Manhunt it's a mystery in a box written by Hank Green, an Emily Goodson, directed by Chad Rabinovitz. When you buy a ticket, you're delivered a box. Inside the box there s a variety of objects and an invitation beckoning you to solve a mystery puzzle.

Erika: Here the participant gets a box delivered to their home, and an ID for a zoom meeting. They log in and they're just taken on a theatrical experience which is really cool 'cause it combines this zoom interface. We have been working with and the theater experience where you have this live performer and the physical box element. Which makes it all the more fun.

George: Show times January 12th through 16th and the 19th through the 23rd. A one household ticket.

Erika: Yeah, the whole family can play together with one box. 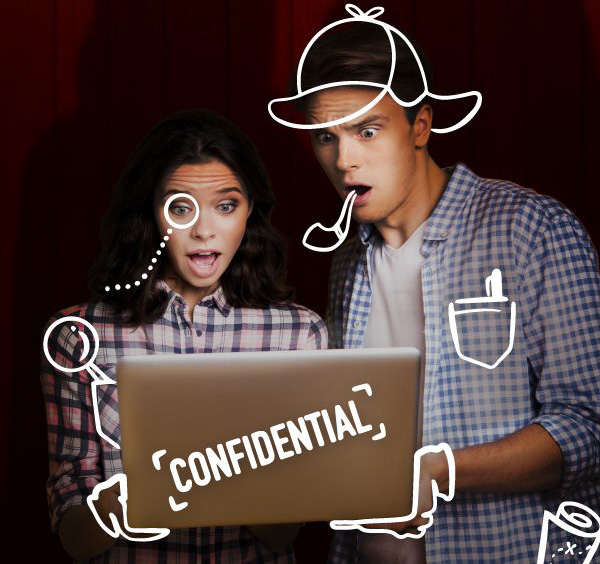 Manhunt  on Zoom with a box  for the whole family to share. Marcus Kerms, with the white gloves of an actor instead of the leather gloves of a technical person,  is the sole actor in this involving mystery.  Marcus does come into contact with four others and an artificial intelligence named Charlie. Production assistance is by Erika Johnson. There's more about this dynamic theatre couple in their own words in the audio.

Manhunt, by Hank Greene and Emily Goodson is directed by Chad Rabinovitz. Show times are Jan 12-16 and 19-23. Apply six days in advance if you'd like to have the box.