A Mama's Boy Has A Wild Night 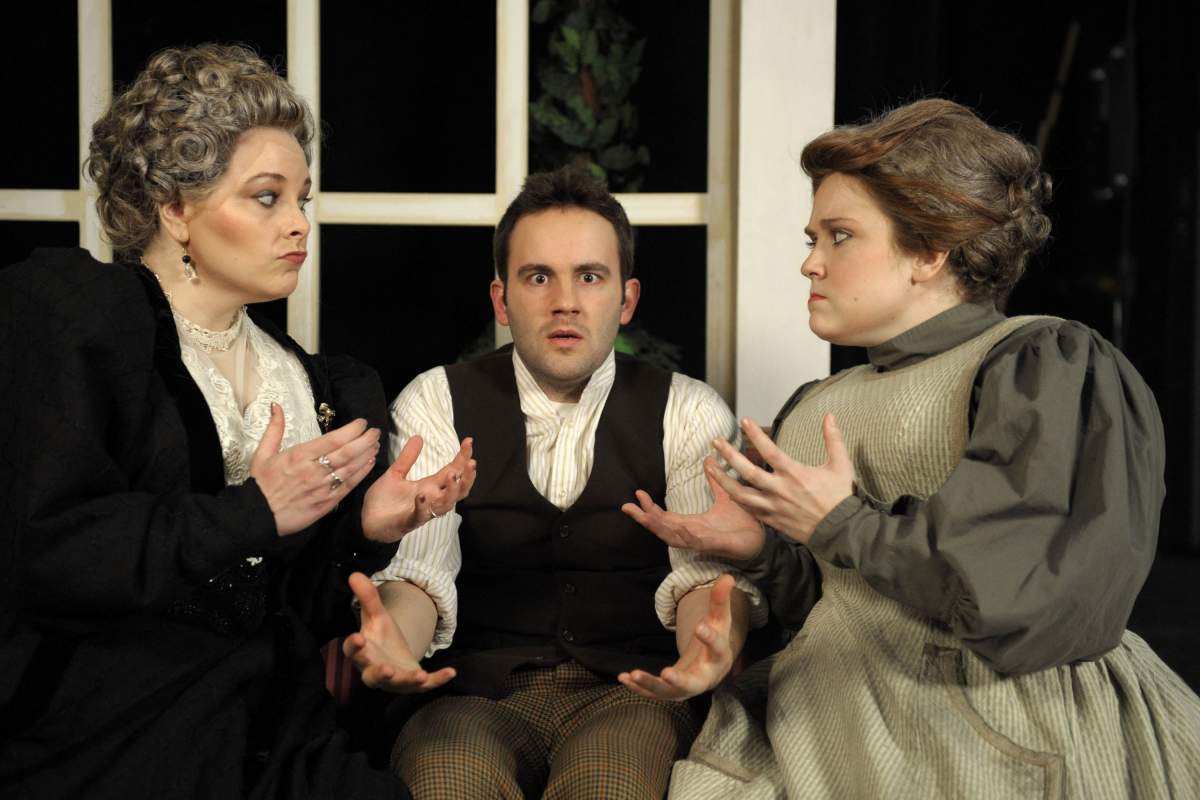 As Benjamin Britten's comedy Albert Herring begins, it's spring in a bucolic English village, and it's time to choose a May Queen from among the local virgins. It appears that virgins, at least among the village girls, are in short supply. Indeed, the only candidate seems to be Albert Herring.

Asitha Tennekoon and Jacob Williams play the part of Britten's virginal mama's boy. "Actually, we back our way into the opera," said Williams. "Yes," added Tennekoon, "we're carrying a hundred weight of turnips. It's kind of a symbol of the way Albert feels. It's as if he's carrying the weight of the world on his shoulders."

Tennekoon continues with the story: "Albert's basically been brought up under his mother's thumb. He does have a couple of friends, Sid and Nancy. There a bit more jovial, more laid back, and they spike his drink. He's never had a drink in his life, and it sets the stage for absolute chaos."

Williams likes the fact that many may identify with Albert. "I think a lot of people can relate to a character who feels suppressed, that they want to break away from the routine. I've had those moments too. Even before Albert has the drink, he's talking about taking a vacation, getting a change of scenery. Sid and Nancy's intervention is just the little push that he needs. It's fun to play the character at that moment in time."

When it comes to the actual singing, Tennekoon particularly appreciates the way the accompaniment and the vocal lines work. "Britten is an interesting composer to approach because a lot of the time you have something totally different in the orchestra and the vocal line. In a weird way, it's great to see how the two come together."

Williams adds, "The composer has an amazing gift for setting text rhythmically exactly the way you would speak it. No one is going to need supertitles, just because of how well he sets it."

Benjamin Britten's Albert Herring, in the intimate Buskirk-Chumley Theater, will be conducted by Arthur Fagen. Stage direction is by James Marvel.