Maltby and Shire's Closer Than Ever

I’m George Walker and Richard Maltby Junior, and David Shire’s Closer Than Ever is on stage at the IU Department of Theatre, Drama and Contemporary Dance. It's available for IU students $5 and $15 for non-students.It plays July 18th through the 31st, and it's available at any time.
Our director is DJ Gray, the choreographer for the show and our actors are Caroline, Santiago Turner and Robbie Russo DJ.

George:: This actually is a theatrical production.

DJ Grey :Yes it is. With a band, with live music on stage.

George: Tell us a little bit about your choreography.

DJ: Well, sure. There’s a lot more storytelling through a pedestrian movement. This show is comprised of vignettes, so there is no storyline per say, through the whole thing to carry from beginning to end. There's 21 numbers that the characters go through different things in their lives. And so, we really chiseled out what these characters were about and what their physicality was. And maybe Robbie can talk to that a little bit more.

George: Robbie, are you a theater major?

Robbie Russo: Yes, I am. I'm a rising senior musical theater major. This show we had a lot of a lot of our group numbers had what you would consider more traditional choreography, dancing stuff.
But then like DJ said, we also had a lot of storytelling songs. My solo song. I sort of played a character of a disgruntled. A man who is going through his morning routine as he's describing what his life is like and his relationships are with his, his wife and his family. So, with that there was less dancing and more just sort of choreographed different movements. And so, we'll have me like circling my coat rack. Couldn't think of the word there. Like playing with my jacket. Now I' I'm putting my coat on, when specifically, I'm buttoning things or taking up my briefcase and putting it on my on my table in my chair. So, there are specific choreographed things that I do, but not so much dancing.

George: I see and Caroline Santiago Turner tell us a little bit about your background.

Caroline Santiago Turner: I am also a rising senior in the BFA Musical theater program here. And yeah, I've had such an amazing time over the past three years. Obviously, my junior year looked a little bit different, but it was a real joy to work on this piece. After spending so much time apart from all of my classmates and our amazing faculty, yeah, live theater is coming back slowly but surely, it's coming back.

George: Robbie describes himself as being a disgruntled individual, how would you describe your characters?

Caroline: Oh gosh, that's a good question., My character for one song. she isn't necessarily disgruntled, but she is perhaps overcompensating by saying that she's not complaining about her life. She's not, maybe. She's a little bit more dissatisfied with her choices in life than she may appear to be. I play another character in act two. It gets a lot a lot more comedic in several of my pieces, I particularly like my piece called Back on Base, in which my character is talking about a bit of an affair she's having with a bass player and how that's shaping her life as of late.

Richard Maltby Junior, and David Shear’s Closer Than Ever. It's available through the IU Department of Theater, Drama and Contemporary Dance site. $5 for IU students and $15 for non-students available at any time. July 18th through the 31st. 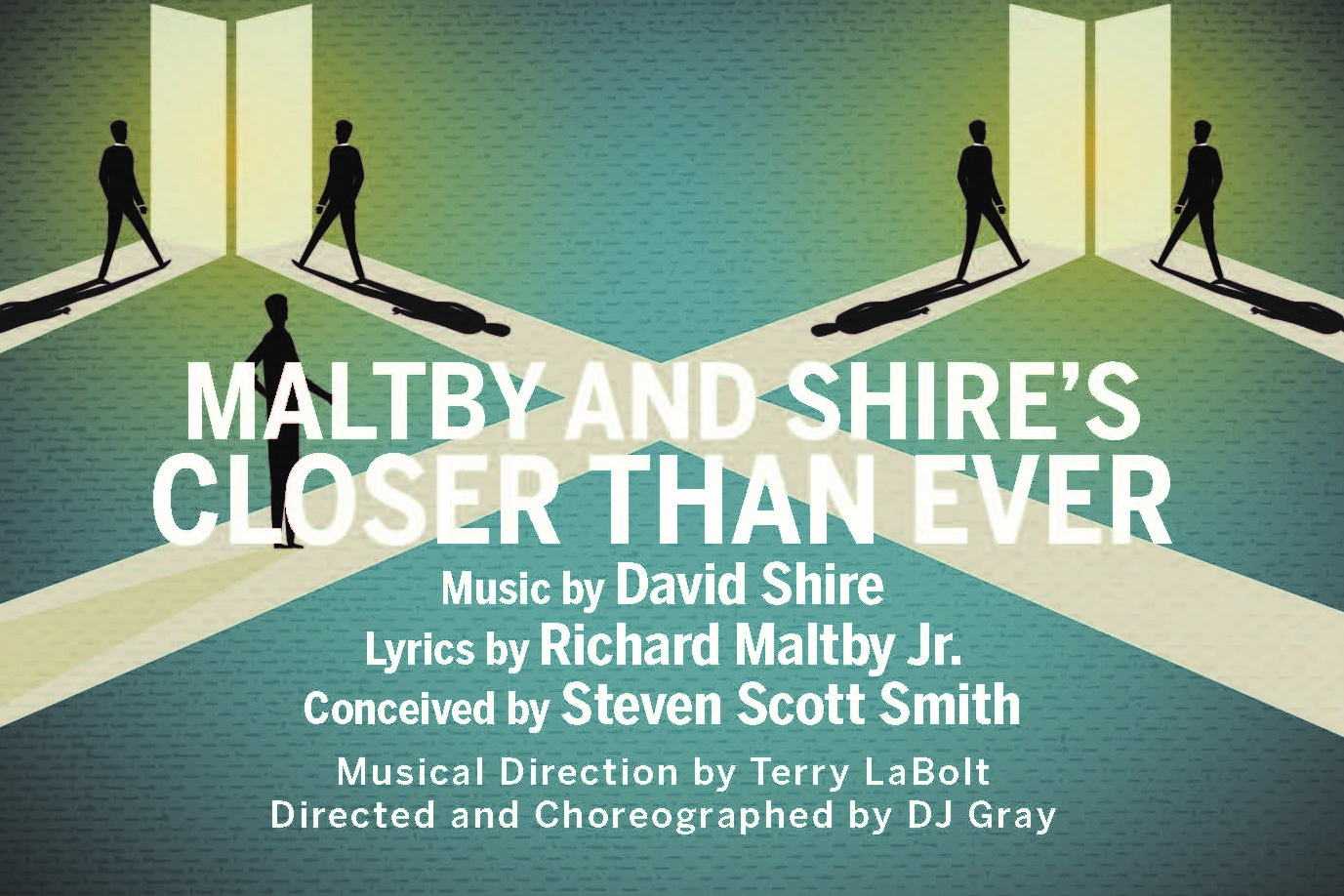 Maltby and Shire's Closer Than Ever. IU's DJ Gray, director and choreographer, says that its twenty-one scenes without a story line, presented by six actors in a staged show.

Tickets for the production, July 18-31 are available through the IU Department of Theatre, Drama and Contemporay Dance web site.