Reflections From The Mirror Of Macbeth 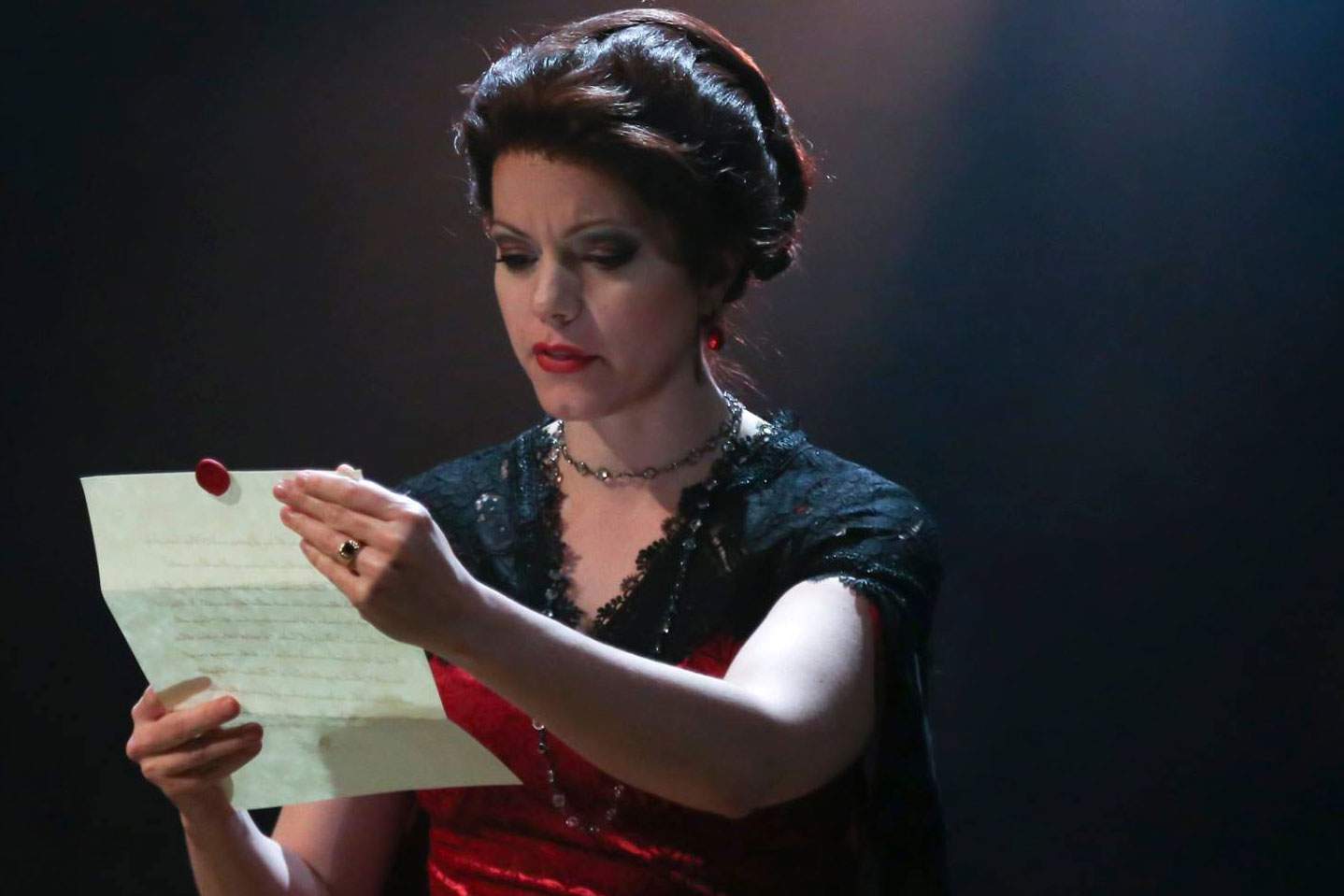 Realistic thunder was rolling in IU's Wells-Metz Theatre as late comers scrambled for the few remaining single floor seats and filled the balconies for Shakespeare's Macbeth. Then with a flash of lightning and a crash of thunder the three sisters appeared for their weird litany.The sisters are very fancifully made up and there's very much a youthful almost frolicsome energy in their evil.

Just after they mention the "hurly-burly" a battle breaks out across and around the floor. In Adam McLean's choreography there was more banging and clanging than in the production of Stomp around the corner at the IU Auditorium. After this excitement the leonline  Ian Martin as Macbeth and the determined John Putz as Banquo come to hear the prophecy of kingship for Macbeth and a line of kings for Banquo.

With some misgivings on both their parts Macbeth and his lady, a witchy Abby Lee, plot and murder King Duncan. Duncan is played with regal demeanor by Chris Handley. Handley returns later in audience winning buffoonery as the castle's drunken porter and then is back to decorum as Lady M's doctor.

The King's murder spurs his sons Malcolm and Donaldbain, Jason Craig West and Joey Kelly along with the loyal thane Macduff, Ross Rebennack to flee the country. Macbeth, now mad to root out any possible counter revolution has Macduff's wife, a pathetic Jessica Schroeder, and her too wise child, Adam Decker killed. It's Lady Macduff who says,

I am in this earthly world; where to do harm

Is often laudable, to do good sometime

And her son bitterly observes that

there are liars and swearers enow to beat

the honest men and hang up them.

The King's son Malcom and Macduff with an English army and a gathering of loyalists assault Macbeth's castle. With their camouflage of

branches from Burnham wood and the knowledge that Macduff was "from his mother's womb untimely ripped" the final requirements for Macbeth's fall fore told by the three sisters are delivered.

Macbeth is exhausted. He barely acknowledges the death of his wife. As he prepares for the final battle with Macduff, he speaks the famous lines

It is a tale told by an idiot…

As I was thinking about the signifying of Macbeth and the current debates among would be presidential candidates whose ideas of foreign policy extend no further than a fence in Texas, I reflected on recent events. Around the world rulers are murdered or deposed, loyalists flee, and counter revolutions are funded by outside powers some of whom supply troops to the opposition.

I found myself sadly reminded of our own times with countries whose names could fill in for "Scotland..alas poor country."

The IU Department of Theatre, Drama and Contemporary Dance's production of Shakespeare's Macbeth is directed by David Koté with music by Kimberly Osberg, scenic design by Bridgette Dreher, costume design by Kelsey Nicols, lighting by Mathew Benton Wofford, sound by Tom Oldham. The production continues with evening performances and a Saturday matinee through February 13.