Lysistrata: Making Peace In The Bedroom 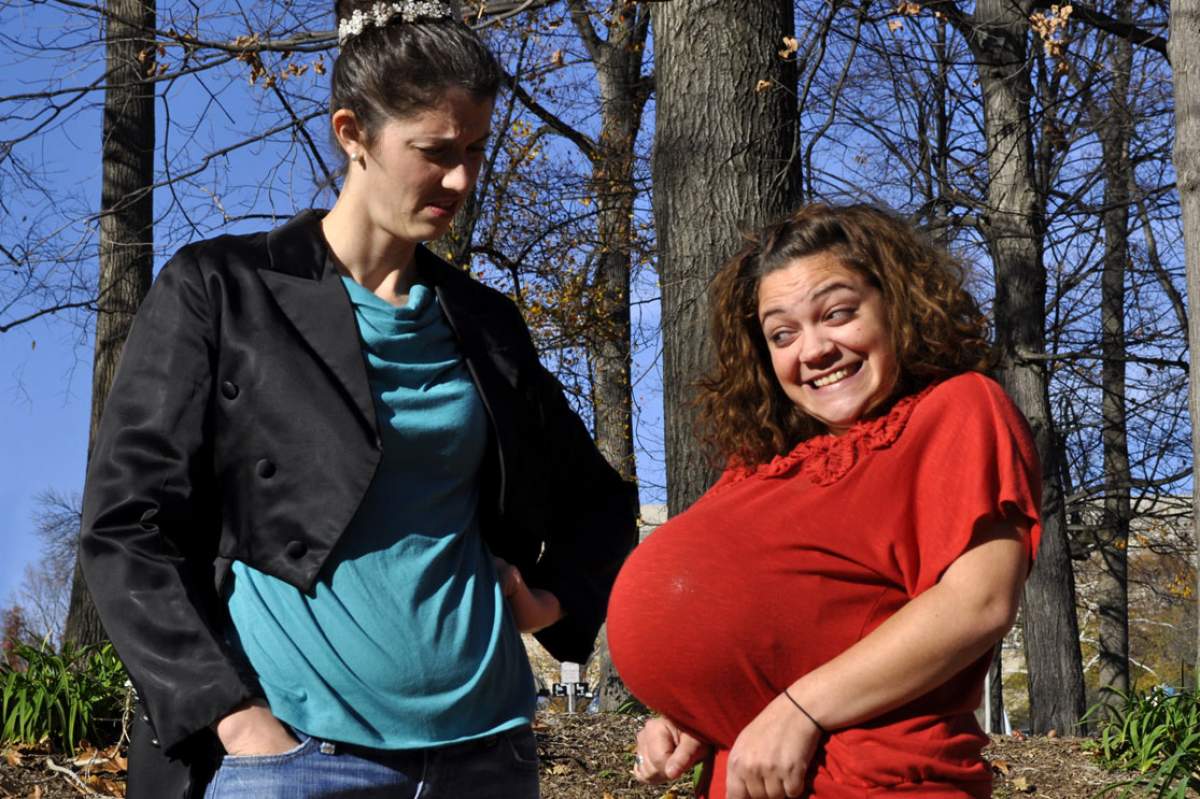 Aristophanes' classic anti-war drama Lysistrata at the Lee Novelle Theatre and Drama Center is a production directed by Fontaine Syer is one of the features of IU's Themester, Making War, Making Peace.

Aristophanes wrote Lysistrata in 411 BCE for a country worn and torn by the Peloponnesian War. Ellen McLaughlin adapted the drama in 2003 as the US prepared for the invasion of Iraq.

Lysistrata tells the story of women from opposing Greek states who unite to end a war by refusing to sleep with their husbands. Powerless in their society, the women take the only tactic available to them-they withhold sex.

Both are impressed with McLaughlin's adaptation. "She's actually integrated a circus into the production" says Densley. "So you have all the youthful innocent excitement of that mixed in and framing the drama." Stolenwerk likes the way McLaughlin has edited Lysistrata for contemporary audiences. "She's trimmed and cut, but kept the essentials of the message. The story and the humor are still very much intact."

Ellen McLaughlin will be on campus for a Themester lecture and she'll be at the Lee Norvelle Theatre and Drama Center for a talk back following opening night.