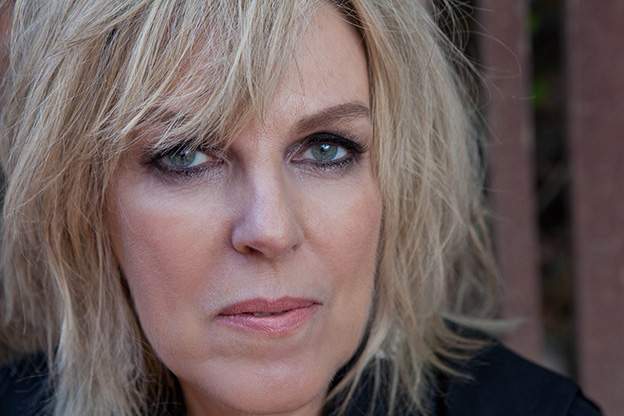 Since being named by Time magazine as "America's best songwriter" in 2002, Lucinda Williams has done anything but coast. Her life and work in the last several years have been marked by new inspirations, and an assuredness and speed unlike any she has seen before.

Her most recent album is called Down Where the Spirit Meets the Bone. The title comes from a line in a poem called "Compassion," written 20 years ago by her father and mentor, the poet and professor Miller Williams. At almost the last moment, with the album recorded, and named, and with her father dying of Alzheimer's, she decided to set his poem to music.

She released the song months before he died on New Year's Day, and it was the kind of tribute she had long felt an urge to deliver to him. More than two years before passing, Miller Williams had told his daughter that he had been robbed of his ability to write poetry.

"I just lost it, just sobbed," she recalls. "That was a death to me right there. And that's the way Alzheimer's is, of course. It's lots of little deaths that you have to deal with, until the actual final passing. But, by then, you've already been grieving for so long that you just feel kind of numb."

This spring, she recorded a new song about his final illness called "If My Love Could Kill," as well as another Miller Williams poem-turned-song, called "Dust." These tracks are candidates for her next album, alongside a number of diverse covers "Factory" by Bruce Springsteen, Merle Haggard's "If We Make It Through December," the Velvet Underground classic "Pale Blue Eyes" and a slew of songs left over from her last record, itself a double-disc release. An artist who at the outset of her career would go four or five years between records is, at the age of 62, issuing more music faster than ever.

She says, "I keep getting asked this question, to what do I attribute all this productivity? I'm not really sure, other than I'm maybe more confident now as a writer. You want to think you get better at it. I think I'm still growing and learning. My voice certainly is the best it's ever been, I can attest to that."

Her voice is by turns fragile and swaggering. It's not all country, or rock, or blues, or soul. You drop the needle and hear the voice, and her Southern roots show: she's a product of civil rights-era Vicksburg, Jackson, Macon. And, across several albums and a couple of decades, her songwriting frequently summoned a heartbreak and a pining tied to a particular, distant place and time.

In 2009, she married music executive Tom Overby. He became deeply involved in the business and creative sides of her career. Some journalists who assumed her songwriting to be a series of dispatches of fresh personal turmoil were perplexed to find Lucinda Williams happy.

"Believe it or not," Williams says, "they would say, 'Well, now your fans are wondering, are you still going to be able to write?' And I was like, oh my God, you've got to be kidding me! It doesn't matter whether I'm with Tom or not, or living in a big house, or how much money you have or don't have, I'm an artist first and foremost. It's such an insult: like, because I'm not going to be writing unrequited love songs, so what is there to write about?"

Despite the affronts, she says the recent effect of her personal life on her songwriting has been one of liberation "because it forced me to look at other subject matter to write about. And all of a sudden it opened up a whole new world of possibilities. It just takes a certain amount of maturity, I think, to be able to get unstuck."