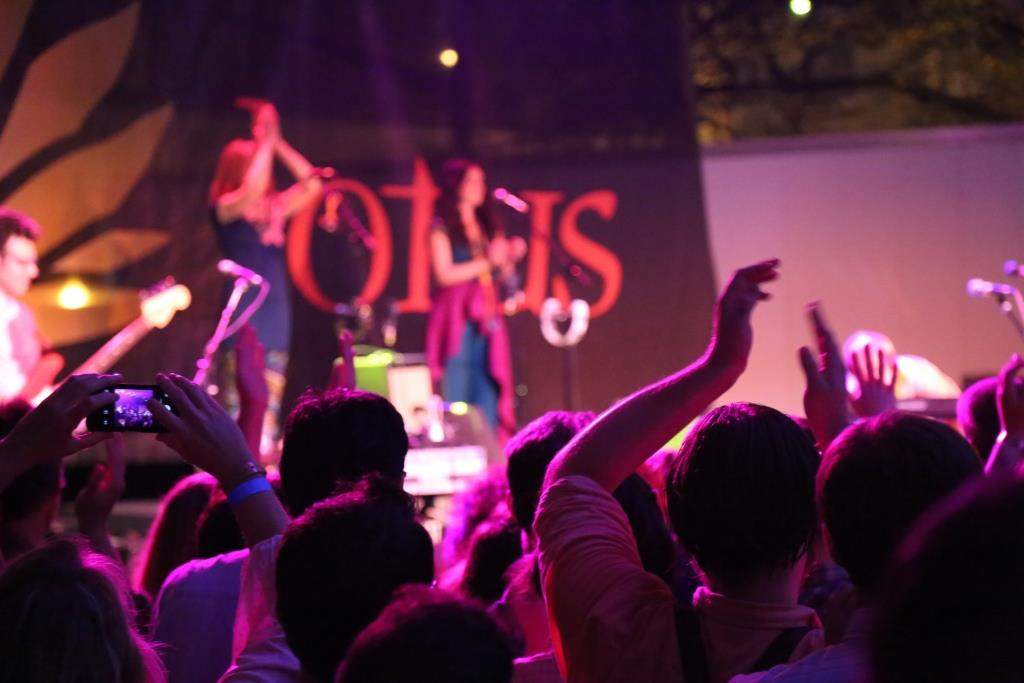 The Lotus World Music and Arts Festival is entering its 23rd year of bringing world music into venues all around Bloomington. This year's festival begins on September 15th, but just this week, Lotus announced their lineup of 31 different artists coming in from around the globe.

Sunni Fass, the Executive Director of the Lotus Education and Arts Foundation, says they like when they can add to their roster of countries. "We keep track of how many different countries we've represented," she said. "This year we have two new countries on the docket. We have an artist from Austria. Surprisingly, we have not had an artist from Austria before. And also an artist from the Canary Islands, which is new for us as well."

Fass talked with WFIU about five of the 31 acts coming to the Lotus Festival this year.

"One of the artists that we're really, really excited about is an Israeli group called A-WA, apparently it means 'Yeah' in Arabic," Fass said. A-WA consists of three sisters - Tair, Liron and Tagel Haim â€“ from Israel, who have combined traditional Yemenite Jewish singing with modern electronic dance music.

A-WA has recently been receiving a lot of recognitionÂ in the international music world. They performed at this year's South-by-Southwest festival in Austin, Texas, and have been featured on NPR's All Songs Considered.

"It's based on this unusual Yemenite language and Yemeni Jewish traditions," Fass said. "So we're talking about Arabic-speaking Jews in Israel, which is kind of a cultural side that you don't really see very often."

Another band featured at this year's Lotus Festival is the Afro-Fusion band Mokoomba from Zimbabwe, a rhythm-driven ensemble known for their exciting live performances.

"They're actually representing the music of the Tonga minority groups," said Fass. "We don't really get to hear their sound very often, and it's really very different. Unlike some of the sounds we've heard with mbira and marimba and some of those common sounds we associate with Zimbabwe, these folks are doing something that's a lot more rhythm driven."

"Lotus has a reputation for bringing a lot of Nordic music to Bloomington," Fass said. "[My Bubba] is kind of a different twist on that." The duo My Bubba - comprised of two women, My Larsdotter from Sweden and GuÃ°bjÃ¶rg "Bubba" TÃ³masdÃ³ttir from Iceland - have cultivated an intimate, lo-fi folk sound. Like A-WA, they have been getting wider exposure in America recently, and have performed a Tiny Desk concert at NPR.

"A lot of it's in English, so it's very accessible to our audiences," said Fass. "On their albums they're actually recording a lot of these songs in the song's first take, so it has this really kind of raw quality to it. Sometimes it's the first time that song has ever been heard by anybody."

"When I mentioned that we had our very first artist from the Canary Islands, that's GermÃ¡n [LÃ³pez]," Fass said. GermÃ¡n LÃ³pez is a virtuoso performer on the timple, a five-string instrument from the Canary Islands similar to the ukulele or the Mexican vihuela. LÃ³pez will be performing with a guitarist during the Lotus Festival.

"He does these incredibly virtuosic performances on this instrument," Fass said, "and we always love when we can really showcase that virtuosity on the Lotus stage."

A-WA, Mokoomba, My Bubba, and GermÃ¡n LÃ³pez are all performing at Lotus for the first time. However, there are some artists returning to the Lotus stage, including one popular ensemble returning after a hiatus. Movits!, a Swedish hip-hop swing ensemble, has been a favorite among Lotus Festival fans, and they last performed in Bloomington in 2014.

"That tent is always packed," Fass said, "so if you're a Movits! fan, this is your year. Get your tickets, get their early."