After Lollapalooza And The Warped Tour, Alexa Tackles Lotus 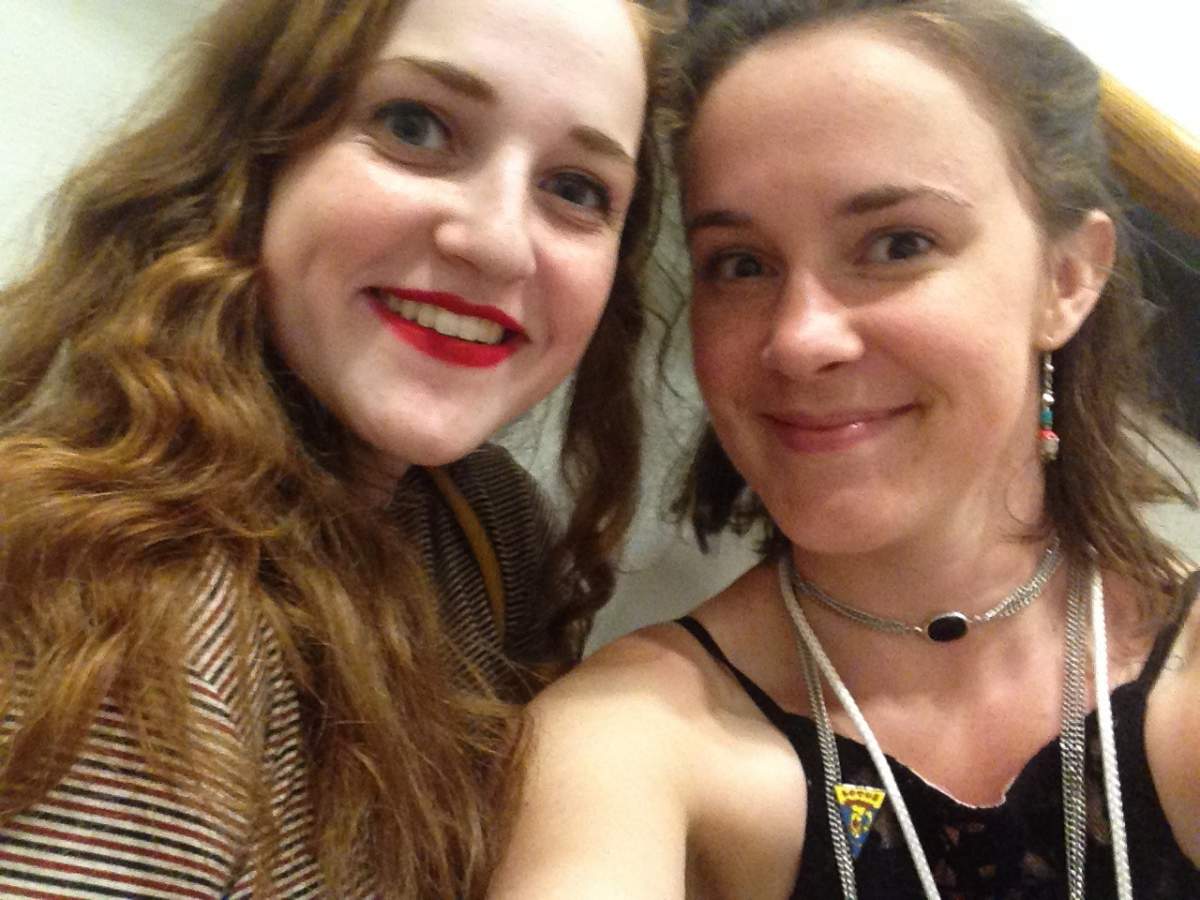 Every September, downtown Bloomington is transformed into a sort of musical Epcot World Village. Major streets are shut down and filled with big white tents; churches and theater spaces are turned into concert venues; colorful banners and works of art abound; and for three days at the beginning of fall, if you're walking around downtown you might hear anything from Balkan tambaritza to Austrian Brass. This is Lotus. Bloomington's World Music and Art Festival just blossomed for its 23rd year.

I grew up going to the festival, so I know the drill. But I was curious about how the yearly ritual would strike a newcomer. So I invited IU freshman Alexa Bruetman, who's studying at the Indiana University Kelley School of Business, to accompany me.

Before arriving for college, Alexa Bruetman had only been to Bloomington a few times, to see her brother, who also studies at IU. Her experience of live music, on the other hand, is extensive.

"I have been going to concerts and music festivals since I was 13," Alexa says. "My first concert was Lollapalooza, actually, in 2011, and I've just been going to a lot ever since. I remember freshman year of high school I tried to go to at least a couple each month, almost. And I've been continuing to go to Lolla; I even go to Warped Tour every summer because I'll always be an emo kid. I think, in total, I've seen at least 139 bands live, I keep a list in my phone. And that doesn't include if I've seen a band more than once, I don't count that as another band. [I've seen] that many different artists."

A perennial complaint about Lotus is that the price of a ticket or a weekend pass is too high, placing the experience out of reach for many of Bloomington's residents. Alexa has bought so many concert tickets over the years, I considered her opinion on the relative cost of getting in to Lotus to be an informed one

"A pass to one day of Lotus is 35 dollars, so how much does that compare to what you would pay to go to other concerts?" I ask.

"It's pretty close to what I would pay for some of the alternative bands that I would go to see, that are more in that genre or even in the pop punk genre," Alexa replies."They'd be around $30. So this is an awesome price to see numerous bands considering Lolla tickets for one day I think [are] around $130, for four day[s] I think it's like $330."

"And how many artists would you get to see for that price? In one day?"

"For a one-day at Lolla, I'd say around four or five. Granted they're more popular artists, but still... I'd say this is a very good deal."

"So being such a concert head… What do you look for in a concert to have a good time?" I ask.

"A lot of times if it's someone I'm into I'm crossing my fingers they'll play a certain favorite or song," Alexa says.

"And when you're going to see a new artist?"

"I'm pretty much just hoping that it's someone that I can see myself getting into later. I'm usually looking for new music. It's a good opportunity for me to discover new bands. I've been front row for big bands I've never listened to before and end up enjoying later. That's usually what I'm looking for, just enjoyment of a new sound."

Discovering new sounds is part of what has brought Alexa to Lotus.

"I'm actually really excited because it's not something that I listen to very often," Alexa tells us, "but I know that when I do on occasion hear music from different countries and ethnicities it always seems to get me really hyped. I just find it so entertaining. Specifically Latin American type, but just any other kind of folk music. I'm really interested to see some actual, legitimate foreign music."

"I have no idea really what to expect," she admits, "but I'm pretty stoked... We shall see."

Listen above to accompany Alexa on her maiden Lotus voyage.