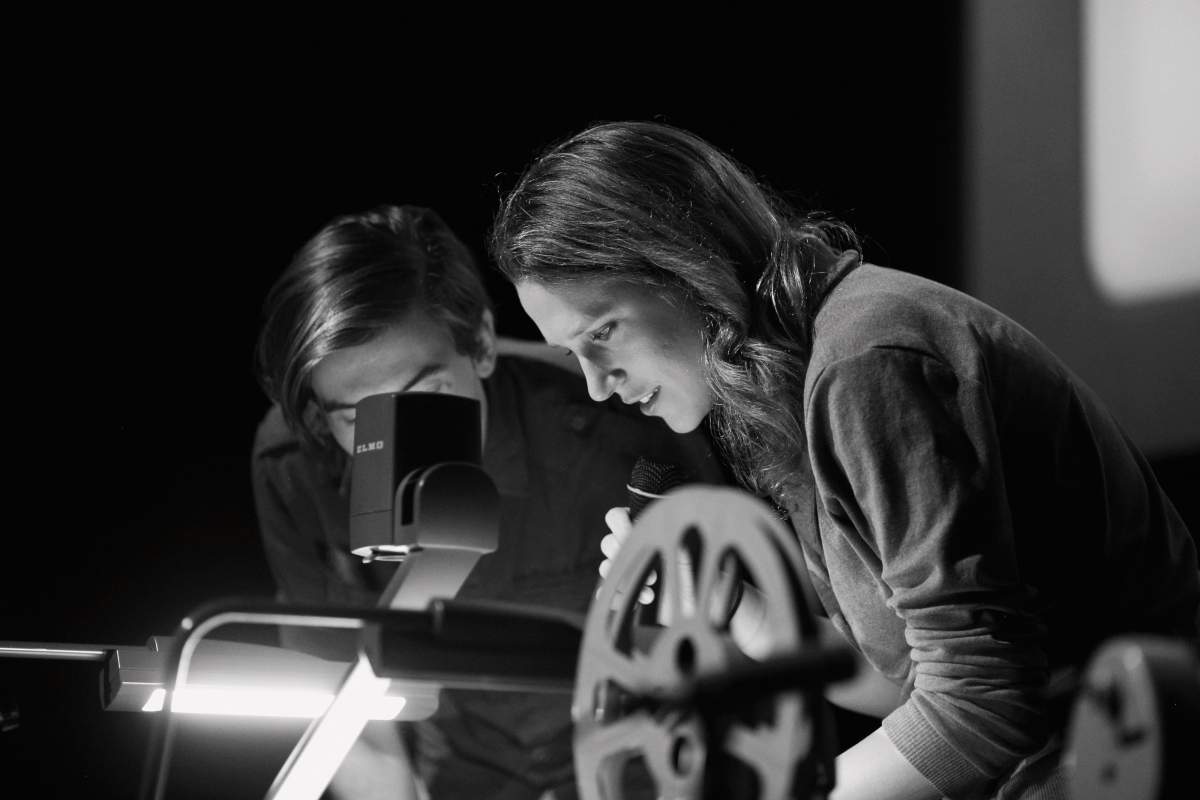 James Gray: Butter on the Latch is a film about two women, Isolde and Sarah, and they take a trip across the country to a Balkan drum camp in California. The film really focuses on their relationship and what can happen when emotions for other people can interrupt or create barriers in a relationship.

Josephine Decker: Yeah. I always say that it's sort of like a breakup movie, but it's about a friendship breakup which can be more disturbing than a romantic one.

I had visited the camp the previous summer, the Balkan camp that we ended up setting Butter on the Latch on, and had just fallen in love with that eerie quality. It's eerie and it's majestic. The next summer, when I'm sitting at this artists' residency, I was like, "You know what, that camp is happening in a month. I wonder if they'd let me film there. Why don't I just do it? Why don't I just do it. I don't write it, I'll just…"

I wrote a treatment, sent it to a few actors; they were available; they were excited to get to go to Balkan camp for free. Balkan camp is run by the East European Folklife Center, I should mention.

So, while at the artists' residency at the School of Making Thinking, I managed to get EFC's permission to film at the camp, and then about a month after that residency we shot the movie. So it was very little lead time.

Gray: So you wrote a treatment of the film, but from what I understand, all the dialogue was improvised. Is that true?

Decker: Yeah, for Butter on the Latch all the dialogue was improvised.

Gray: The scenes where [Isolde and Sarah] are just talking are some of the more engrossing moments. There's one scene in particular where they're in a restroom while they're traveling, and they have a longer conversation. These scenes feel so natural. Could you talk a little about how you filmed those scenes?

Decker: It's interesting… [In] this particular scene that you are talking about, Sarah and Isolde in Butter on the Latch get together, they've just reunited at this Balkan camp in the woods, and they're standing in a bathroom connecting about their lives. [The] "What's going on in your love life?" sort of thing that girls do.

I had heard Isolde telling a story similar to what she ended up telling in the film, which was about a friend of hers who had gotten crazy massages that turned into more than massages at a spa, a Russian bath, in New York City.

Oh my god, and Isolde just told that story so well, and I was hilariously laughing in the street in New York when she first told it to me.

I was like, "Isolde, can you tell the massage story now?"

It is one of my favorite scenes in the movieI think it grounds the film in this feeling that this is the most important element of the film, these two women and their connection.

I had worked a lot with Joe Swanberg, who has been a huge influence, and his films are really inspiring because he works most of the time with non-actors. Now he's transitioned and is working on very big movies. I think one of the things he does really well with non-actors is that he doesn't try to direct them, like you would actors. He just says, "Play yourself. Be in that room." But there are modifications so you can be a fictional version of yourself...