On Location: Actor Jonathan Banks On Being Lucky and "Bad" 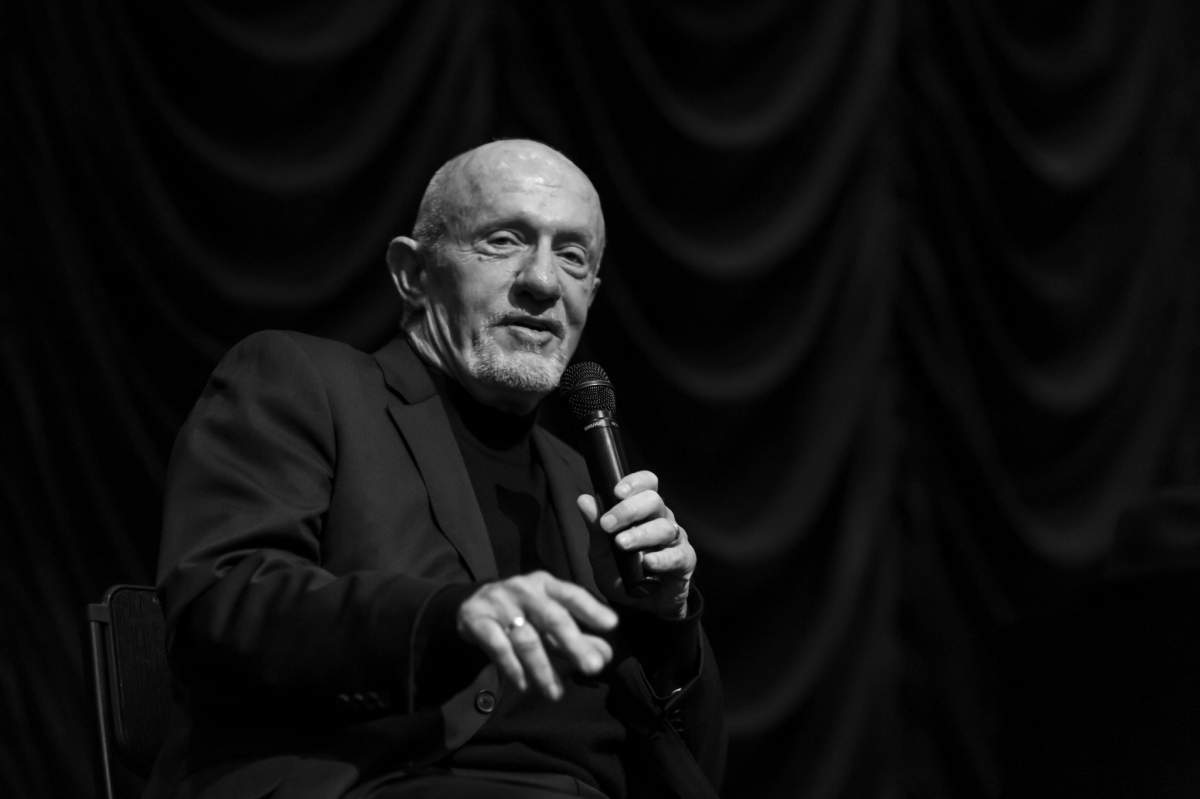 Betsy Shepherd spoke with Jonathan Banks during his visit. They talked about Banks' life and career. The interview took place on October 19, 2014. This is an excerpt from that conversation.

Betsy Shepherd: Jonathan Banks, thank you for being here today.

Shepherd: You've played many grizzly cops and hardened criminals, and you've received a lot of acclaim for your portrayal of the hit-man Mike Ehrmentraut on Breaking Bad.

It's a lot of fun. You get a lot of frustration out when you're a bad, bad person.

Breaking Bad is the story of Walter White, a chemistry teacher who starts a meth lab in order to fund his chemo treatments and build financial security for his family, and as he works his way up the drug trade, Walter meets Mikea fixer, a hit-man, and a loyal servant to the principal drug kingpin Gustavo Fring.

What is it like to be typecast as the tough guy?

Banks: It's a lot of fun. You get a lot of frustration out when you're a bad, bad person.

Shepherd: In the show, Mike is very discerning about...he can tell the good guys from the bad guys in his own kind of way. Can you elaborate a little more on Mike's criminal code of ethics?

Banks: My writers...They might for instance say there are good criminals and bad cops. Well, yes...There are maybe bad cops. No...There are not good criminalsin Jonathan's opinion. If you're a criminal, you're a criminal, and Mike knows that. He doesn't delude himself that he is a good man. At the same time, once he makes a dealonce he gives his wordthat's it. It's done.

So, that's his code of ethics. The exercise of what he's doing may be damnable, but you still have his word. You see?

I mean, the writers and I... I mean these are dear friends. I think the world of them. That doesn't mean that sometimes I'm not going, "Hey! Wait. Mike wouldn't do this."

So, that's [Mike's] code of ethics. The exercise of what he's doing maybe damnable, but you still have his word. You see?

Shepherd: Can you tell us a little bit more about some of the dynamics that you had with Bryan Cranston, Anna Gunn, and some of the other actors and actresses?

Banks: Well, you know...We're not bliss-ninnies, but we all went there. I don't think any of us intended to fall in love with each other, but we did. And, I've done this professionally now...I got my first paycheck in Brown County [Indiana] in 1967. So, I've been paid for this, off and on, sometimes mostly off, for 46 years, something like that, and Breaking Bad was as good of an experience as you could ever have. It was a joy to go to work.

I say it, and it really is trite, but I'm the luckiest guy in the world. I really do believe that. I believe I hit the lottery in my life. I don't know anybody that's had a better life, and I wouldn't change a thing. Because, whatever I might perceive as hardships that I went through, it gave me my tools to work with.

This piece is a part of an ongoing series of conversations with actors and filmmakers from the Indiana University Cinema. We are calling the series On Location. Expect to see more from this series throughout the month of November.

A longer version of this interview will appear on Profiles in 2015.