On Location: Bridgett Davis On Creating The Character "Cece" 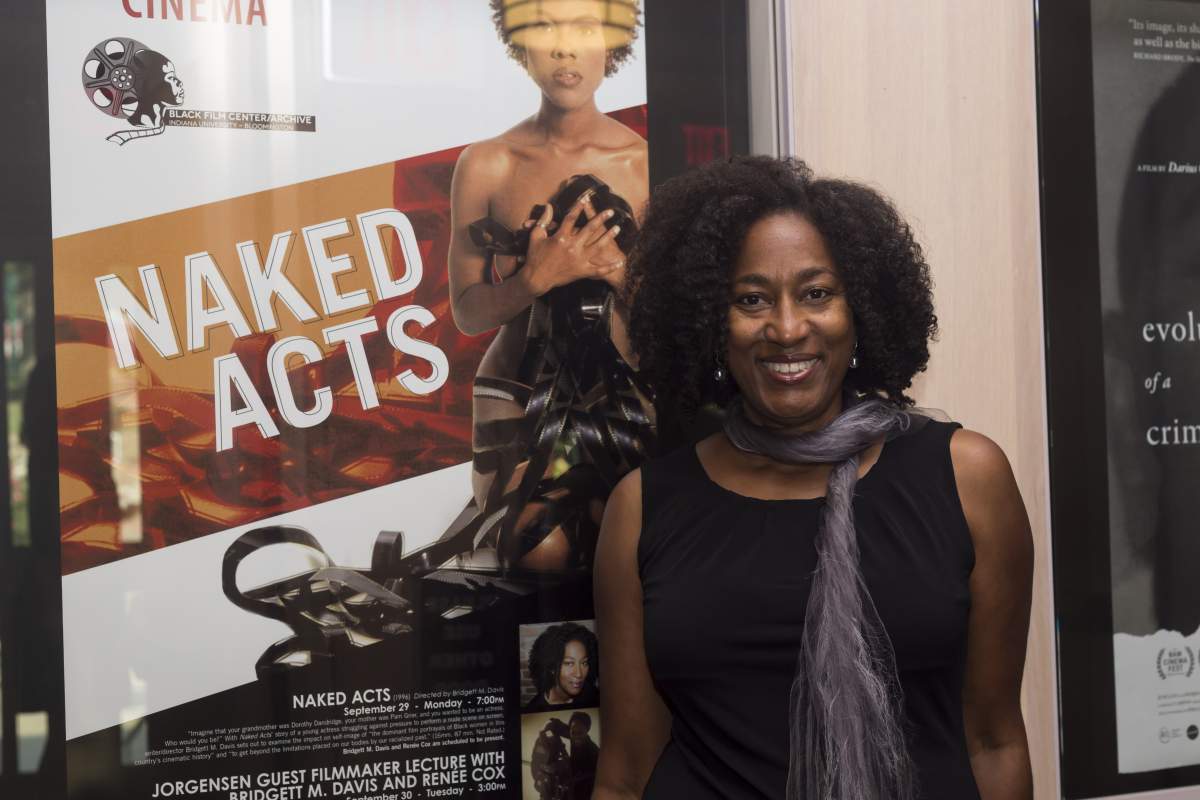 WFIU's Leah Johnson spoke with Davis during her visit to the Indiana University Cinema. They discuss Davis' life and the influence it had on Naked Acts. The interview took place on September 29, 2014.

Leah Johnson: You went to Spelman [College], but you're originally from Detroit.

Johnson: I'm wondering if being in environments with so many people, especially women, of color shaped the characters in Naked Acts and your books following?

Davis: Absolutely. Absolutely. ... Even when Spike Lee came along, whom I just thought was extraordinary- I'm so grateful for his presence on the landscape for bringing us images of black folks that I recognized- but even he had a particular way he saw black women, and that was made evident in his work. I thought, "Well, we need to add to that conversation." My motivation was to really bring to the screen the kinds of black women I had known my whole life.

Yes, I grew up in Detroit. I grew up in a predominantly black city, and I knew a plethora of women, but you seldom see that breadth of, sort of, characterizations depicted on the big screen or even the small screen, and that was really disheartening.

I thought of the women I knew at Spelman too. I thought, "You know...I want to create some black women that are like the ones I know.

Johnson: You wrote about your experience creating Naked Acts in the book Skin Deep, Spirit Strong: The Black Female Body in American Culture, and in your chapter, you wrote, "What I loathe most about so many black film characters is that they seem to fall out of the sky and onto the screen with no context for who they are or where they come from. I was determined to give Cece a rich backstory."

What was your approach in making the main character more dynamic than you had seen?

Davis: Yes. Well, I had a couple approaches. I think what became most helpful for me was to create this idea of who Cece was, like where did she come from. and I created this fictional, sort of question, that would help me get there. So, I said, "OK, Dorothy Dandridge had a daughter. It was Pam Grier. Who is her daughter?" That was really how I created Cece.

I imagine her the daughter of [or] the granddaughter of these two iconic film ancestresses who were in my mind representations of the different phases of images of black women in film. There was that student/scholar in me that was also very aware of that context when I was creating this film. Hopefully, [Cece] feels very real and individual, but she's also totally representational at the same time. It was the 90's so we didn't know what an adult daughter of a Pam Grier would be.

It was great because it opened my creative channels to make her anything I thought she could be or needed to be but within the parameters of a particular context. We all come out of a context, and so that was my impetus.

This piece is a part of an ongoing series of conversations with actors and filmmakers from the Indiana University Cinema. We are calling the series On Location.