Underneath The Lintel: 113 Years of Library Fines 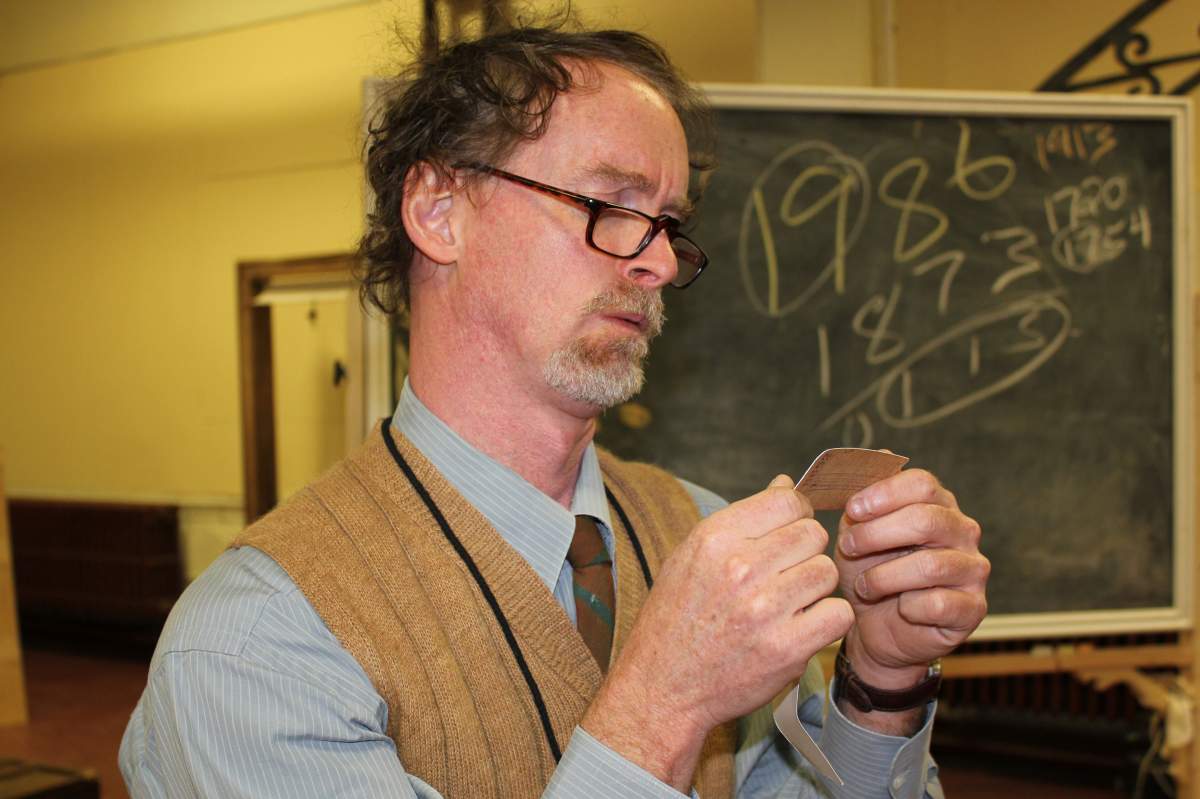 In Glen Berger's Underneath the Lintel at the Ivy Tech John Waldron Arts Center's Rose Firebay, a book that's one hundred and thirteen years overdue has been slipped through a library's slot. Mike Price plays the librarian who's out to find out where it's been and to "to track down the rapscallion who's responsible."

The Cardinal Stage Company's production is a labor of love for Artistic Director Randy White. "I worked with Glen on the development of the script and directed a long running production in New York. It's exciting to come back to the show, especially so as Mike Price will be in it."

Price echoes White's enthusiasm for the piece. "Glen Berger's writing is remarkable," he says. "Underneath the Lintel is profound, moving, witty, well written. It's a little bit of everything. I can't say enough about it."

Although Price has years of stage roles, this is his first solo outing. "Yes, most certainly, first one person show I‘ve done.  So it is certainly a unique experience. Usually, I relish interaction with other characters in doing theatre.  This is quite the new adventure for me."

But he quickly adds that in Underneath the Lintel, he won't be alone. "In a one person show, the other actor is the audience."