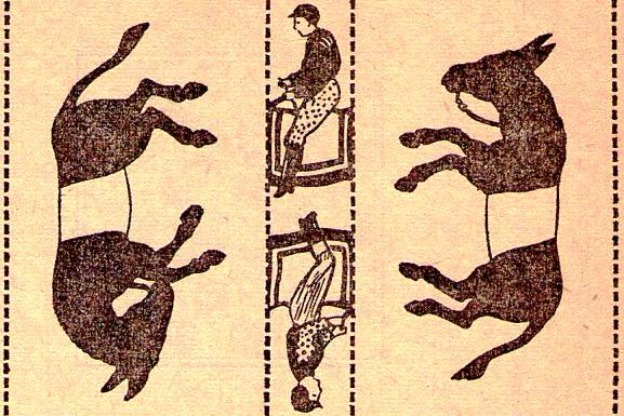 Andrew Rhoda can solve a Rubik's cube in 90 seconds.

"My first real kind of encounter with a mechanical puzzle was, probably like most people, the Rubik's Cube. I, for the life of me could not solve it at the time," he said.

Rhoda is the Curator of Puzzles at the Lilly Library on Indiana University's campus.

He tried over and over again, but the Rubik's cube just sat on his desk for weeks.

Until one day, he just solved it.

"Now, I can solve a Rubik's cube with no problem," he added "Not as quick as the current record holder. There's a little boy in Kentucky who can solve the Rubik's Cube in 4.9 seconds."

Rhoda co-curated the Lilly's current show, Sam Loyd: Puzzle King. It's the first major puzzle exhibition in the Lilly Library's main gallery. He curated the exhibit with The New York Times crossword editor Will Shortz, who donated many of the items in the show.

Sam Loyd was one of the most well-known American puzzle designer, especially in the late 19th and early 20th centuries. Rhoda says, "He got his start as a chess problem designer. He sold his first puzzle at 14."

Loyd became a household name as young chess prodigy, but his fame grew as he designed tricky visual puzzles that were printed in newspapers and on small paper advertising cards, called trade cards.

One of his most famous trade card puzzles was called the Trick Donkeys puzzle. The puzzle consisted of a paper trade card cut into three pieces two of them with donkeys and a third piece with a pair of jockeys. The object was to place the jockeys on the donkeys so the jockeys appear to be riding.

Puzzles like the paper trick donkey may have been thrown out, but Andrew suggests, they may be key to understanding Victorian culture. "But people don't really think about this aspect of [popular culture]," Rhoda explains, "We know about Victorian literature, and Victorian dress and social customs, but we don't really know about this fairly ephemeral form of entertainment."

Lilly Library's permanent collection contains over 32,000 puzzles and over 4,000 puzzle-related books. Most of the puzzles are categorized as mechanical puzzles, meaning puzzles that to be picked up and solved by hand.  Among them, Rhoda explains, are "Put Together puzzles, take apart puzzles, interlocking solid puzzles, disentanglement puzzles, sequential move puzzles, dexterity puzzles, puzzle vessels, vanish puzzles, folding puzzles, and impossible puzzles."

The Lilly Library's mechanical puzzle collection is open to the public. In their puzzle room, visitors can physically work out puzzles by hand, which Rhoda considers essential to understanding them.

He picks up the puzzle known as the Lucky Horse Shoe Puzzle, to demonstrate.

"It is two horseshoes attached by length of chain….and there is a metal circle kind of in the middle, in between the sections of the chain," he explains.

The challenge is to completely remove the ring, freeing it from the two horseshoes.

The metal ring slides off into his hand.

"Once you're able to take the ring off the horse shoes, doing a chemistry experiment doesn't seem quite as daunting," he says, "You may not be able to understand it yet, but if you keep working at it, there is a solution that you can find."

"So being able to do something that seems impossible, it's really kind of fun and you kind of understand a little more about the world."