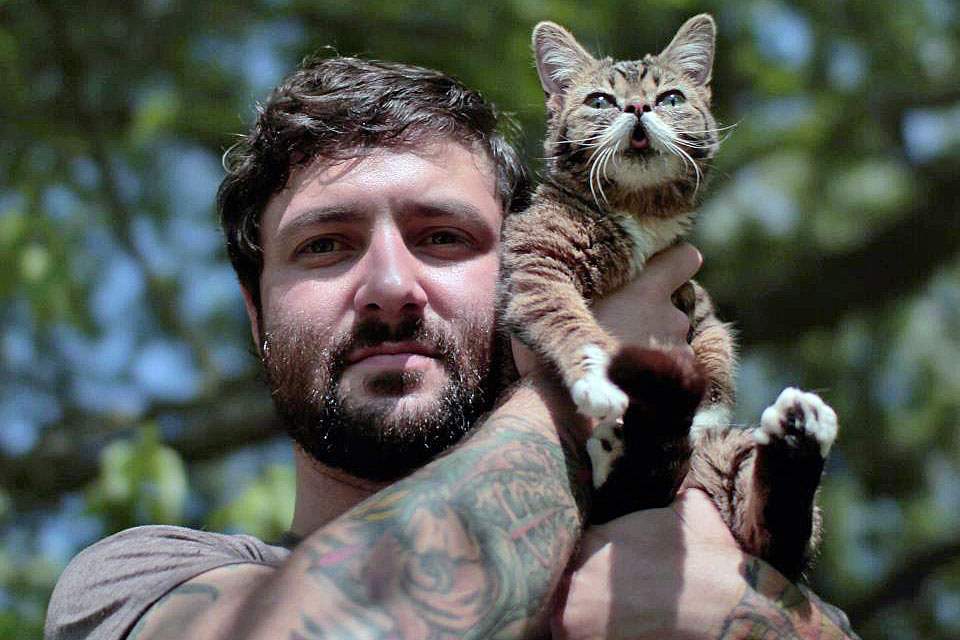 Most pet owners think their animal is special. Rarely, however, does the entire world agree with them.

Lil Bub is a local cat that has made it to the big time. Often referred to as "the cutest cat in the world," Lil Bub is the star of a new documentary by VICE Films about the internet cat phenomenon.

Hang on. It's not as trivial as it seems.

It's not every day that you get to meet a celebrity, let alone one that lives right here in Bloomington. Lil Bub doesn't do a lot of talking herself. She leaves that to her owner.

"My name is Mike Bridavsky, and this is my cat Bub. She's world famous."

Two year ago Lil Bub was a the runt of a feral litter in Unionville whose adopted family needed to re-home her. When Bridavsky started posting photos of his adorable newly adopted cat on Facebook last May, he had no idea she would become an internet sensation.

Secret To Her Success

Lil Bub can be called a perma-kitten thanks to a slew of deformities: her limbs are disproportionately short, her lower jaw is underdeveloped so her tongue hangs out of her mouth, and her eyes bulge out of her head.

"You see this little face and you're not sure if you're looking at a real live creature or a cartoon or an alien cat," says Eisner. "She's really one of a kind. She's a unique little creature."

Eisner and her VICE colleagues went to the festival expecting to film a humorous short video, "almost like a Best in Show type of feel. But when we got there, we quickly realized that it was a much bigger deal than we had expected."

There were over over 10,000 people in attendance. The filmmakers wanted to follow a celebrity cat around the event, so they extended the invite to Lil Bub and Bridavsky. Bridavsky agreed, as long as VICE could pay their way.

The plan for a documentary featuring Lil Bub soon followed. Also in the works are a book with Penguin and a webseries with Animal Planet.

You see this little face and you're not sure if you're looking at a real live creature or a cartoon or an alien cat.

This whole thing started as a creative outlet for Bridavsky and his friends. In addition to the photos and videos they posted on the Facebook page, they designed Lil Bub merchandise that fans absolutely snatched up.

Monica Foote is a PhD student in folklore at Indiana University. She says while Lil Bub (and internet cat memes in general) may seem trivial, they actually facilitate valid forms of expression.Â "Lolcats and cat internet memes are some ways that people make statements about themselves, their culture and their relationship to their culture," she says.

If you haven't been on the internet in the past several years, Lolcats are pictures of cats with captions. They're usually phrased as if they're written by the cats themselves who don't have the best spelling or grammar skills. Foote says the sentiments expressed in cat memes could be described in any infinite number of ways, "But the fact that they're making these aesthetic choices when they create these things, that is then making a statement about themselves."

All this internet coverage has catapulted Lil Bub and her fellow felines Grumpy Cat and Nyan Cat to stardom.Â Eisner says they are the new Garfield or Hello Kitty. "I would definitely argue that Lil Bub and Grumpy are pretty much on the same level as other pop culture cat icons."

These days, it's basically a full time job for Bridavsky to keep up with all his Lil Bub commitments.

"It's interesting because I actually have a lot of muscle power, in that people really want to do stuff with Bub, and I don't really care if it ends tomorrow," he says.

Until the trend cools, Lil Bub will continue to be the world's cutest cat and (perhaps) Bloomington, Indiana's most famous resident.